When Apple announced the new MacBook Air, MacBook Pro and Mac mini powered by the Apple M1 processor, there was a lot of tempered excitement. This has to do with the fact that Apple is embarking on something we haven’t seen in 15+ years, when Apple transitioned from PowerPC to Intel.

The biggest question with any new processor, regardless of who makes it, comes down to performance. For this reason, there was a lot of excitement to see how this new processor would perform. 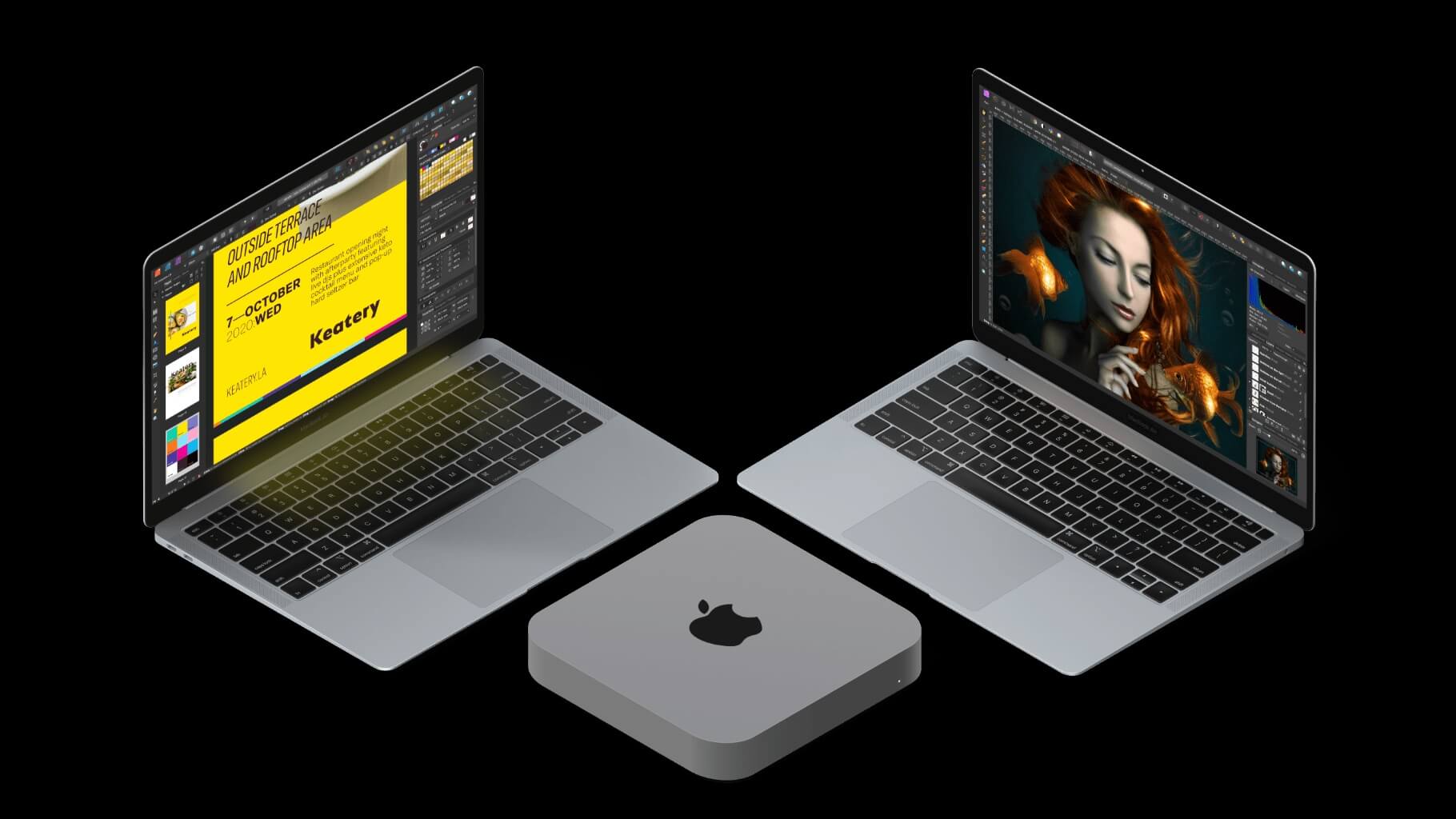 Before you can even start thinking about performance, you need to consider app compatibility. Sure, macOS Big Sur and the M1 chip brings support for iOS and iPadOS apps, but the Mac is still a computer. And if you plan on using the Mac to get some work done, that will require some apps that have been by your side with the Intel chipsets.

Thanks to the fact that the Mac developer community is truly unheralded when it comes to updates, it was only a matter of time before we saw apps being updated. What did come as a surprise was the sheer number of developers that had day-one updates ready with support for both Big Sur and the M1.

Here are just some of the best apps that work with the Apple M1 MacBook Air, Pro, and Mini.

While Adobe works through the growing pains for its library of applications, Serif has wasted no time. The company has updated Affinity Photo, Designer, and Publisher with native support for the M1 processor. Releasing these versions on launch day for the M1-powered Macs is pretty impressive and lets creatives get to work with the new hardware and software.

If you’re ever looking for the best calendar app for Apple devices, there is nothing better than Fantastical. The company released its Big Sur update, bringing the version number to 3.3. Along with it, this adds support for the M1 chipset, along with a plethora of new features.

Things 3 is one of the most popular productivity apps for a multitude of reasons. Cultured Code, the developers behind Things, are always one of the first to release updates including new features for iOS and macOS. Things 3 has been updated to version 3.13.2, giving you the ability to take advantage of Rich Notifications, Widgets, and much more, all from your M1 Mac.

Since its inception, the tagline for Drafts has remained “Where Text Starts”. Back in 2019, the developer released the first version of Drafts for the Mac, after years of success on iOS and the iPad. Greg Pierce, the man behind the app, has pushed the latest update to Drafts, also providing widgets, compatibility with Big Sur, and other changes.

Surprisingly, Twitter got in on the fun and released a new version of its macOS application on day one. Instead of just relying on Rosetta 2 (more on that later), the company’s latest app update brings native M1 support. This update also fixes a lot of bugs that plagued previous iterations of the app.

After a false start, Google released a native version of Chrome designed to take advantage of the M1 processor. Originally, the app was released on 11/17, but a major bug plagued the app which caused the app to crash unexpectedly. Google pulled that update, and then re-launched the M1-compatible version on 11/18. This update promises to provide a heavy focus on optimization and efficiency.

Darkroom was already one of the most beautiful apps on iOS, iPadOS, and macOS. The company even received a 2020 Apple design award. The all-new universal app has arrived. In addition to getting all of the great features already included, you can subscribe to Darkroom+ to unlock more features and the subscription will sync across macOS, iOS, and iPadOS.

Pixelmator Pro is one of those Mac-only apps that was already great, and is only getting better. Version 2.0 has arrived, with an all-new design, Apple M1 support, and a unified toolbar with plenty of switches and menus to take advantage of. The company claims that its app will increase image resolution at speeds up to 15x faster.

Before you get too excited, it’s important to note that Adobe is working on an early version of Photoshop. This means that the beta version has arrived, but there are still a lot of bugs to work out. In fact, Adobe has a full list of features that aren’t even available as of right now. Nonetheless, if you don’t want to use the Rosetta 2 version, you can try out the Apple M1 version now.

Perhaps the most surprising announcement of the launch day was that Blizzard would be releasing a day-one version of World of Warcraft. Macs are really known for being gaming machines, so the arrival of WoW with its millions of players on an Apple M1 Mac on day one is enormous. Maybe the tide has finally changed and Mac owners can enjoy some great games.

Thanks to the inclusion of Rosetta 2, your M1-powered Mac is capable of running almost any app, even if it was designed for Intel. However, those who need to run Windows programs will want to check out CrossOver 20, as the app has now been updated with support for the M1 chip. This emulates Windows binaries through Rosetta 2, to open the floodgates to run even more apps.

There are even more

While we have just highlighted some of our favorites, the truth is that there are a boatload of apps that have also been updated. Thanks to the MacRumors Forums and RoaringApps, we’ve compiled a list of more apps that have been updated with support for the Apple M1 Macs.

This list continues to grow even further, when you take into consideration various announcements that have already been made. Outside of Adobe, the following apps are in the works to be updated with M1 support:

What if an app hasn’t been updated for M1 yet?

It’s difficult to put into words the type of transition that Apple has started. There have been plenty of comparisons of when Apple moved from PowerPC to Intel, some 15 years ago. But this is even more impressive than that transition, thanks to the ability to continue running almost all of your apps.

Without even including the ability to run iOS and iPadOS apps, Apple wanted to make sure that users didn’t miss a beat. The Apple M1 Macs feature a piece of software that ensures that you can run all of the same apps as your Intel-powered Macs. Rosetta 2 is at the helm and is essentially an emulator that takes those “old” apps based on Intel’s architecture, and makes them compatible with the new M1 chip.

“Rosetta 2 works in the background whenever you use an app built only for Mac computers with an Intel processor. It automatically translates the app for use with Apple silicon. In most cases, you won’t notice any difference in the performance of an app that needs Rosetta.”

Whenever an app not designed specifically for the Apple M1 chip is downloaded, you will be prompted by macOS. The prompt states that you will need to install Rosetta, and ask if you want to install it now.

We really cannot understate how Apple has flipped the computer world on its head, and we are in for a lot more excitement. Stay tuned for even more coverage of the M1 MacBook Air and Apple’s transition from Intel.