You are here: Home / Mac / Best Emulators for M1 Mac

Okay, okay. We’ve covered it here at AppleToolBox quite a bit, but gaming on M1 Macs, and the macOS platform on the whole, just doesn’t match up to what’s possible with Windows. There are workarounds with the likes of cloud gaming through Xbox Game Pass or NVIDIA GeForce Now, but native gaming is still pretty limited. But something that has started appearing more and more now that Apple’s platform of M1-powered Macs has been available for an extended length of time is emulation gaming.

Technically, it’s been possible to emulate many of your favorite classic games on the iPhone and iPad for years. This is in large part due to the continued development of Delta, which doesn’t even require you to jailbreak your device. Instead, you just need to create an Apple Developer Account, then sideload the necessary apps before loading the appropriate ROMs.

If you think back to when Apple first announced it was beginning the transition away from Intel, the Apple Development Platform was unique. It was essentially a Mac Mini powered by Apple’s A12Z Bionic chipset, paired with 16GB of RAM and 512GB of storage. Essentially this told everyone that what was to be known as the Apple M1 chip was actually based on the same architecture found in your iPhone and iPad. Along with it, Rosetta 2 provided on-device translation and compatibility for any applications that were not yet updated with support for the new architecture.

With this in mind, let’s pivot, for a moment, over to the Android world where mobile emulation is more prominent and popular. If you jump into the r/EmulationOnAndroid subreddit, you’ll see tons of people using their smartphones to emulate many of the best consoles of all time. There is even active development on a Nintendo Switch emulator, which is just absolutely bonkers. But because the developers of the following emulators have already been creating mobile-focused emulator options, it has made transitioning to Apple Silicon a bit easier. And in turn, you can download one of the best emulators for M1 Mac, and enjoy pretty much all of your favorite childhood (or classic) game titles.

If you’ve looked into emulating on platforms like Android, Windows, or Linux, you have likely heard of RetroArch. This is an all-in-one emulator solution that supports many different platforms. And while RetroArch is technically available on M1 Macs, many emulation fans seem to enjoy OpenEmu quite a bit more. There are different “cores” that you need, such as one for playing NES games, and another for playing SEGA Genesis games. But from there, you can connect your favorite controller, load up the appropriate ROM, and start playing, right from your Mac.

OpenEmu supports consoles going back as far as the Atari 2600 and includes support for the Nintendo 64, GameBoy lineup, and even the Sony PlayStation. You can also use some of the best gaming controllers, including the Nintendo Switch Pro Controller, Sony’s DualShock 4 for the PlayStation 4, and several different Logitech controllers. There is also support for 8Bitdo and Xbox One controllers, but these require a bit of “extra effort” to get everything set up.

While the all-in-one emulator approach is definitely nice, there are many more variables that the developers need to take into account compared to an emulator with a limited focus. And that’s where Dolphin Emulator comes in for those who want to play Nintendo GameCube and Wii games on their Mac. Dolphin has been on the emulation scene for longer than I can remember, and is now available on practically every platform. The only real downside here is that it does not yet natively support Apple Silicon, instead relying on the Rosetta 2 translation support. 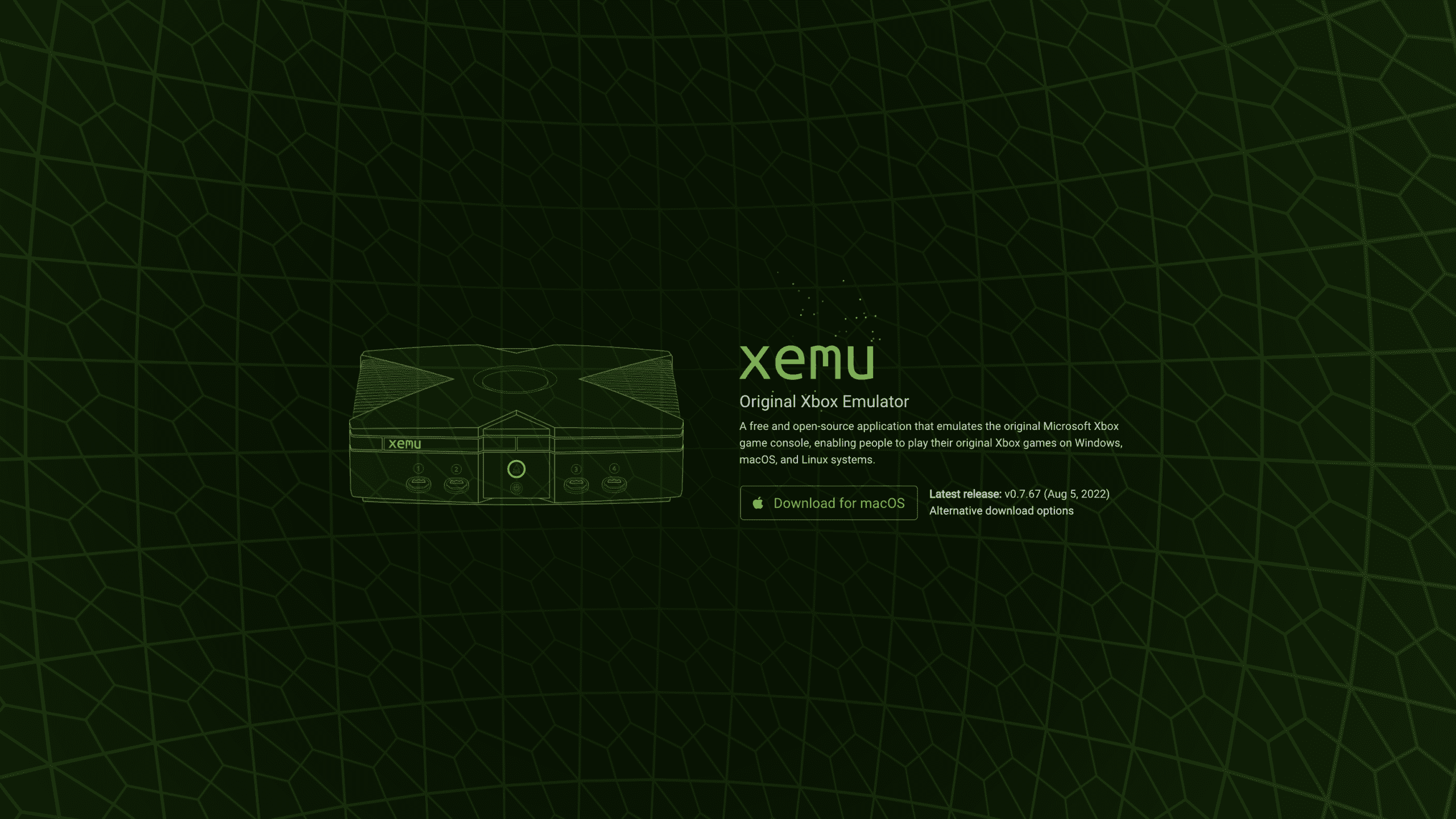 There are two gaming console platforms that have been extremely difficult for reliable emulators to be made available for. However, we have seen some impressive progress over the past few years when it comes to Xbox and PS2 emulation. Xemu is touted as the “Original Xbox Emulator”, providing the ability to play original Microsoft Xbox games across Windows, Mac, and Linux. The project is Open Source, and you can file bugs or just follow along with the development right on Github. As for features, Xemu “supports virtually all gamepads”, and you can even go so far as to connect four controllers to the Xemu app at once, something that we never thought would be possible. There’s even “System Link” so you and a friend can both play together online, whether it’s between the emulator app and an actual Xbox or just two different instances of Xemu.

Arguably even more difficult to emulate than Xbox games have been PlayStation and PlayStation 2 games. Sony truly was ahead of its time with the amount of development and technological power that these consoles had to offer. AetherSX2 is another free and open source project, but is designed as a PlayStation 2 emulator “for ARM devices”, meaning that you can also install the app on Android, Linux, or Windows devices, provided that they are powered by an ARM chip. While the Apple M1 processor has plenty of power under the hood, if you want to also download AetherSX2 on an Android device, you’ll need something akin to a flagship, as the Snapdragon 845 is recommended thanks to its “4 large cores”.

While not as painstakingly frustrating (for developers) as the Xbox and PS2, Nintendo 3DS have also been notoriously difficult to emulate. For quite some time, Dolphin was the largest Nintendo 3DS emulator, but that’s no longer the case, as Citra Emulator is also quite powerful and makes the list as one of the best emulators for M1 Mac. The installation process is a bit different compared to other options on this list, as you’ll need to follow the steps to essentially “build” Citra locally on your Mac. Thankfully, the Citra Emulator Wiki provides in-depth instructions, and there’s a Discord community for those who experience problems.