Okay, I admit it. I am one of those folks who hated the iPad Dock in the beginning. But over time, I’ve come to really like this iOS and iPadOS multitasking features. I find myself using it all the time, especially when dragging and dropping content between apps. That’s fantastic!

But one thing is still driving me a bit bonkers and that’s how the heck do I close (or dismiss) apps when in a multitasking session to get back to a single on-screen app?

I just can’t seem to get the knack of how-to close apps in iPad Multitasking split view or slide-over. After all this time, it’s still hit or miss–sometimes it works and sometimes it doesn’t. So I figure I’m not alone in this problem…or at least I hope not!

Updates for iPad multitasking with iPadOS

With iPadOS, switching between apps is easier and much more intuitive. Here’s a quick peek at these updates.

Slide Over feature in iPadOS 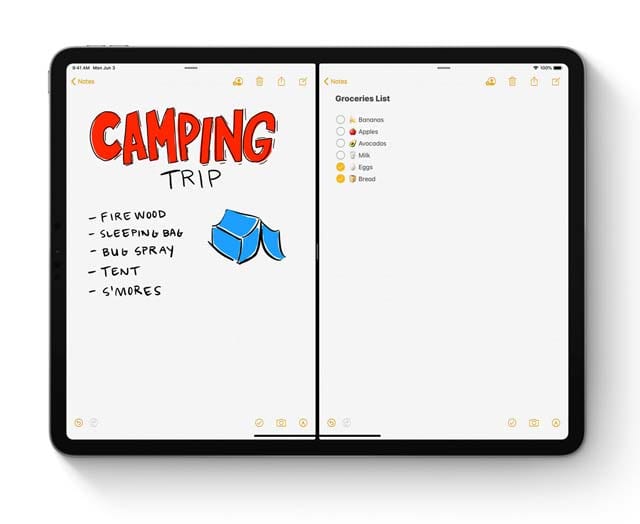 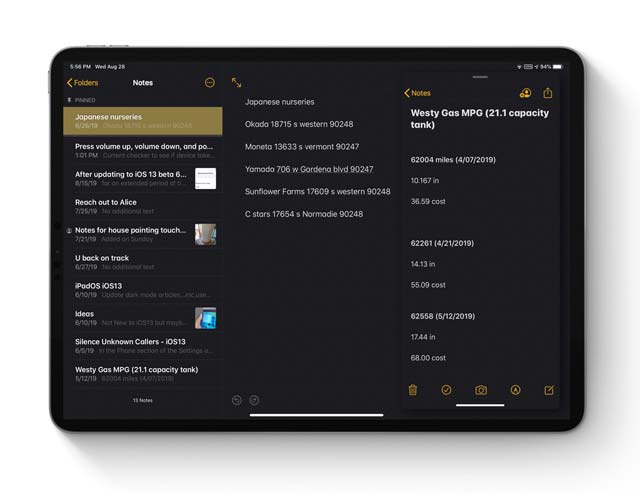 We’ve got three amazing multitasking features available in iOS (11 & 12) and iPadOS, so what’s the difference? Let’s review each so we’re on the same page.

Open apps with Slide Over

Slide Over floats a single app in front of any open app, as if the second app is layered on top of the original app.

You can float an app to either the left or right side of your screen–the default is the right side. Slide Over only works on iPad Pros, iPads (5th generation +), iPad Airs, or iPad mini 2 +.

How to open Slide Over

How to close Slide Over 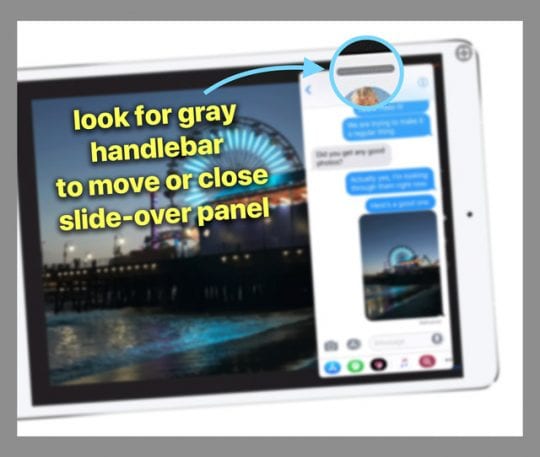 Moving your Slide Over around

This is the thing that always, ALWAYS, trips me up.

You can use the gray handlebar, BUT make sure you swipe horizontally. Even a slight dip down and it puts your Slide-Over into Split-View.

That’s where I have trouble. Whenever I use the gray handlebar for moving my Slide-Overs, it always puts it into Spit-View instead of moving the Slide-Over panel!

Split View places apps side by side. You can place an app to the left or right side of your screen. Split View is available on these models: iPad Pros, iPad (5th generation +), iPad Air 2+, or iPad mini 4+.

How To open Split View

How to close Split View screen on iPad 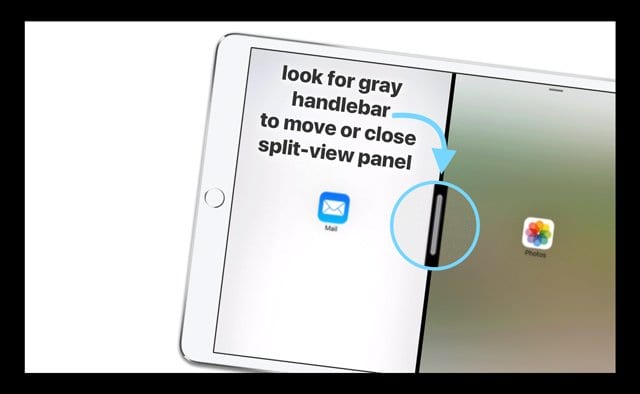 Moving your Split View around

Unlike Slide-Over, you can ONLY use the top gray handlebar to move a split view left or right. AGAIN, make sure you swipe horizontally. Even a slight dip down and it puts you into Slide-Over. 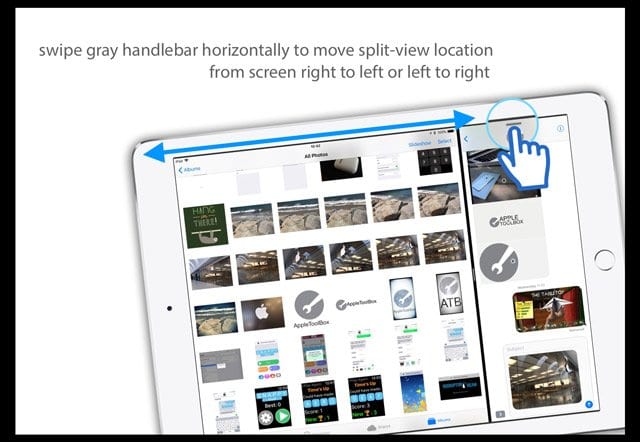 Change from Slide to Split View or vise-versa

Using Split-View AND Slide-View at the same time?

Yes, you can open up a bunch of multitasking panels at once.

If you’re working with two apps in Split View and want to open another app in Slide Over, open your Dock, drag that third app, and drop it on top of the app divider. Not all apps support this mode.

Open apps with Picture In Picture

With Picture in Picture (PiP), you can read or respond to emails while watching a video or using FaceTime. An app allows picture-in-picture when you see the PiP icon:

If an app supports PiP, tap the icon and that app scales down to a corner of your display.

Open your email app or whatever app you want, and your video continues to play on that smaller screen. To return your video to the full screen, tap the PiP symbol again.

You can move the video too! Just drag it to any corner.

All the multitasking options take time getting used to.

It’s like yoga–a practice that grows with experience and mistakes. After weeks of using the Dock and these multitasking options, I still get mixed results! So here’s my cheat sheet for those looking for a quick reminder, when they need it.