Some iFolks, like me, love using split-screen on our iPads, but others really detest this feature!

Split-screen lets you view two apps, files, or documents side-by-side. It’s a great feature for folks that need to reference two things at the same time.

Recent iPadOS and iOS versions (11+) really changed the way split-screen works on our iPads, and it’s easy to get confused and find that all those things we used to do, no longer work!

iOS 11 introduced new ways to access split-screen using the iPad Dock. And with iPadOS, those features get even more refined with App Expose!

So if your iPad’s split view isn’t working as you expect, read on for tips on how to fix your iPad.

Why Isn’t Split-Screen Working On My iPad?

Notably, not all apps support split view (split-screen.) In particular, a lot of third-party apps do not support split-screen, so before you assume split view isn’t working, test it out using some of Apple’s native apps like Safari, Notes, or Messages.

When testing out the split view feature, make sure you pull that second app close to your iPad’s left or right edge.

Upgrading from iOS 10 and below? These multitasking gestures & slide over features no longer work in iOS11+ and iPadOS 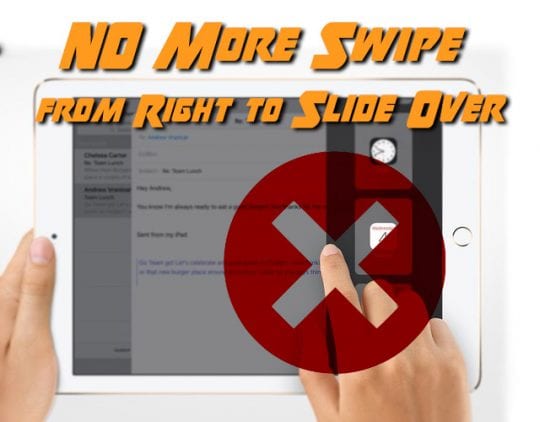 Apple really wants us to embrace the iPad Dock!

With an app already open and on-screen, when you drag an app up from the dock to the right or left edge and drop it, iPadOS automatically places that app into split-view (or floating slide-over) mode. 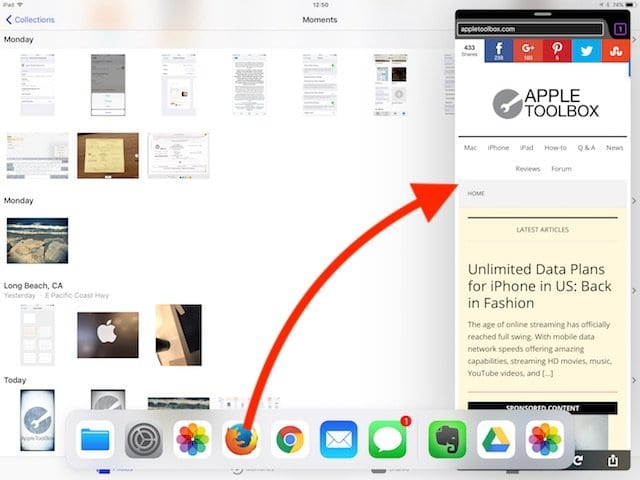 Multiple app windows in Split Screen and Slide Over

And with iPadOS, you can now have multiple instances and windows of a single app open side-by-side in split view–like two different notes in the Notes app. You can even open a third instance using slide-over mode!

This iPadOS only features allows you to see all the open windows for an app by tapping its icon in the Dock. 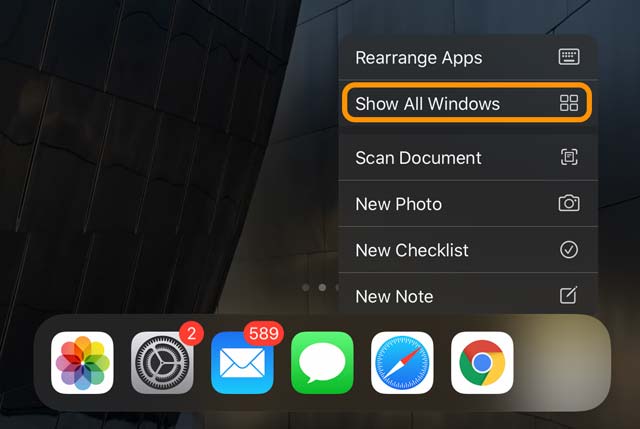 How to open an iPad Split-Screen session using your Dock

How to use split view on iPad

Turn a Floating Slide Over into Split View

Turn a Split View into a Floating Slide Over

Split Screen on iPad Not Working?

Try Your Home Screen Instead of Your Dock 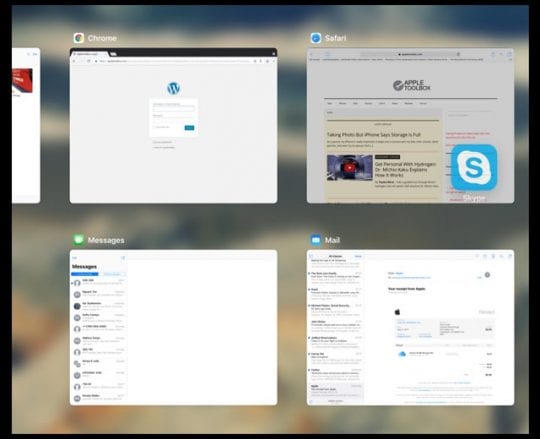 How To Turn Off Split Screen on iPad

As I said, some folks just really DON’T want a split-screen.

And it’s relatively easy to open split-screen sessions inadvertently. So, if you are one of those finding no way out of split-screen view, try the following:

Stuck On iPad Split Screen Safari? How to turn off safari split screen

We hope these tips help you better understand how to use split view on iPads using iPadOS or iOS 11+.

Although it takes some time getting used to using the iPad Dock, once we got the hang of things, we really love using iOS multitasking and in particular, the iPad split-screen features with the dock.

But for those that don’t want this feature or just can’t get used to it, just follow the tips on how to close split view on iPad. But we urge you to give the dock and split view a chance!