You are here: Home / How-to / How To Show Battery Percentage on iPhone With iOS 16

Over the past few years, we’ve been seeing a shift in how Apple views the customization aspect of your iPhone and iPad. While we’re still waiting for the ability to place icons wherever you want on the Home Screen, massive improvements continue to be implemented. The latest of which is the ability to completely customize your Lock Screen with iOS 16, including the addition of glanceable Lock Screen widgets.

iOS 16 isn’t expected to arrive in its final form until sometime in September, likely coinciding with the release of the iPhone 14 lineup. However, Apple is still working on subtle new features and changes such as the latest one to arrive with iOS 16 Beta 5.

How To Show Battery Percentage on iPhone With iOS 16

When the iPhone X was released, complete with its notched display, Apple removed the ability to view your remaining battery percentage in the status bar. It’s still possible, but only from certain screens, as the precious space is reserved for things such as your network connections. Even after the iPhone 13 series introduced a more narrow notch, the expectation was that Apple would eventually bring back the ability to show battery percentage on iPhone.

And thanks to the release of iOS 16 Beta 5, that’s exactly what has happened. After you download the update, you’ll need to manually enable the ability to show battery percentage on iPhone, and here’s how: 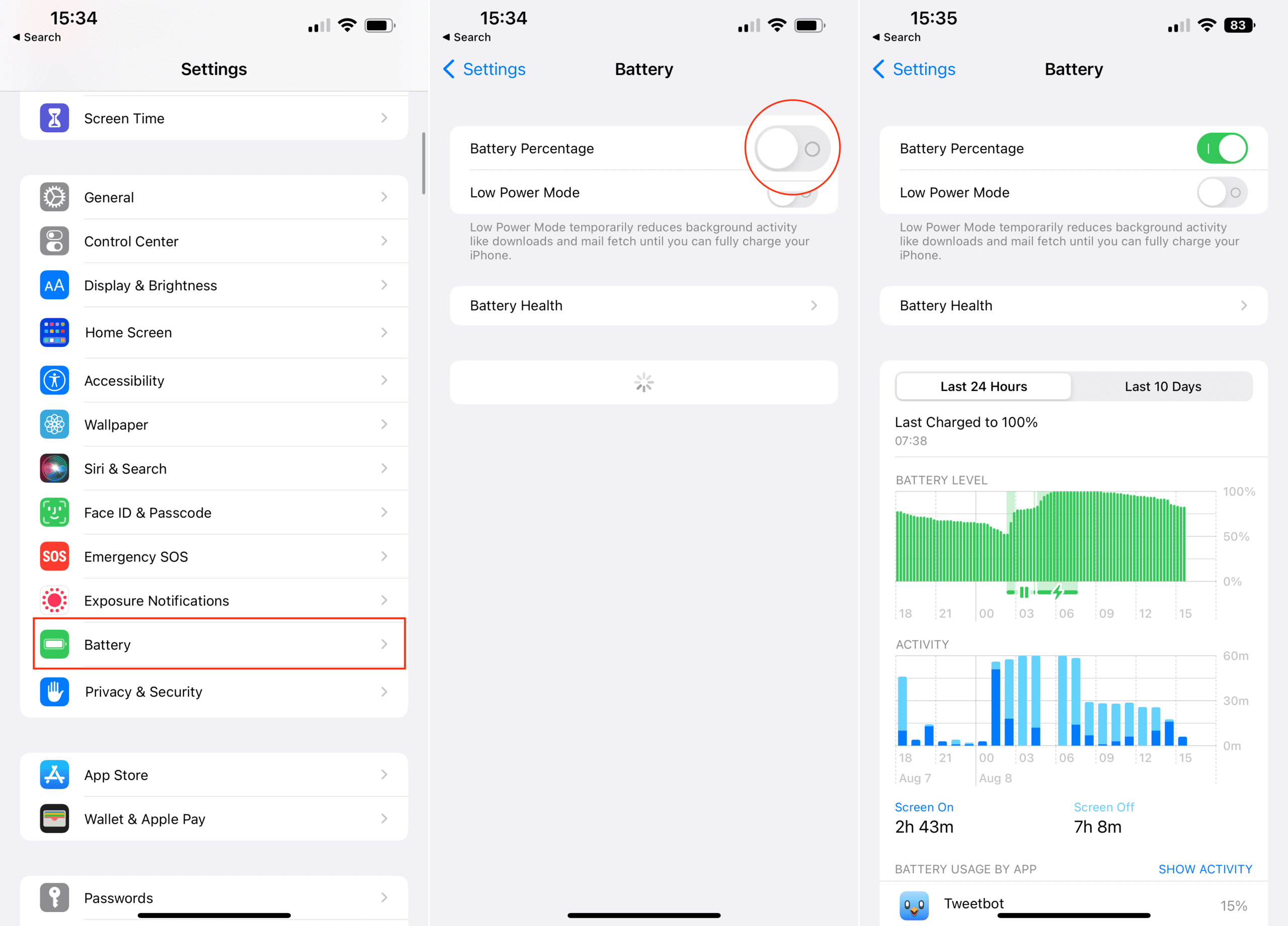 When you enable the ability to show battery percentage on iPhone, Low Power Mode is automatically turned on at the same time. At first, you might be worried about this new feature being limited to only working with Low Power Mode enabled. Thankfully, that’s not the case, as you just need to tap the toggle to turn off Low Power Mode.

Unlike previous implementations of showing the battery percentage, Apple has now opted to put the number within the battery icon indicator. Additionally, that’s where it will remain, regardless of what screen you’re using, whether your iPhone is unlocked or not, and whenever your iPhone is charging or in Low Power Mode.

As always with features made available during the beta program, there’s no guarantee that being able to show battery percentage on iPhone will make its way to the final release. But we’re keeping our fingers crossed that this one sticks around for the long haul.

If you were to jump on Twitter or the r/iOSBeta subreddit, you would have seen many beta program participants rejoicing about the addition of the battery percentage. However, you likely noticed that there were just as many iPhone users that aren’t seeing the feature. As it turns out, there are limitations to the devices that can show battery percentage on iPhone. One user points out that this is likely due to specific models having a lower resolution screen, or the screen is just too small. Here’s the list of devices that don’t currently have access to the battery percentage feature:

The iPhone 12 Mini and 13 Mini missing out on this feature make a little bit of sense due to the rumors that Apple is planning on phasing out the Mini from its upcoming iPhone 14 lineup. The other devices, with the iPhone XR and iPhone 11, are the two that feature displays with a lower resolution. At the time of this writing (the day after the release of iOS 16 Beta 5), these are the devices that do have the ability to show battery percentage on iPhone: