You are here: Home / How-to / iPhone running slow? Speed it up with these 7 easy tips 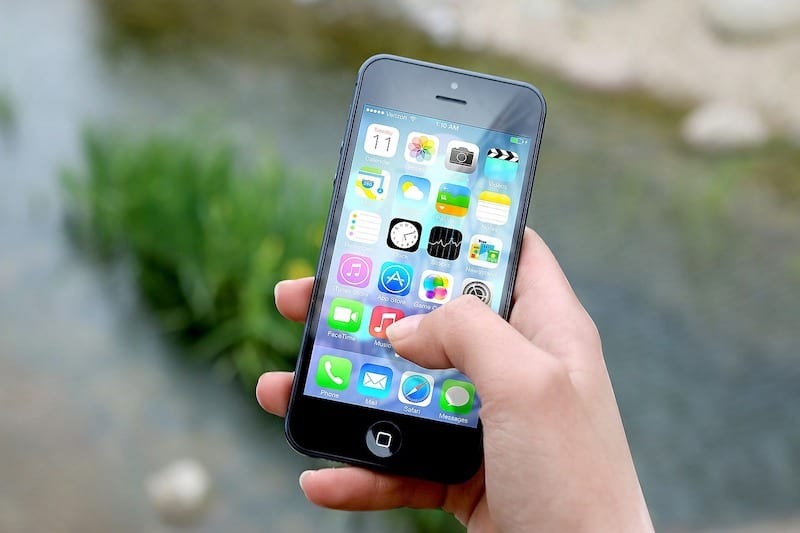 Apple’s iPhones are among the fastest smartphones in the business — just check out some benchmark stats and speed test videos. But, like with any computer, iPhones can start feeling fairly slow or sluggish over time. So how do you speed up an iPhone that’s running slowly?

There are a variety of things that you can try to speed up your device, which we’ll detail below. Some of these solutions are quicker and more convenient than others, but they’ll all generally help boost your iPhone’s performance if you notice it running slowly.

One of the first pieces of advice most people get when troubleshooting on an iPhone is to perform a hard reboot. A hard reboot isn’t always a cure-all method, but it can mitigate quite a few problems on your Apple handset.

In the case of a slow iPhone, a quick hard reboot may be able add a bit of pep back into your device’s step. The exact method will differ based on your specific device, however.

We highly recommend updating to the latest available version of iOS whenever possible. Not only do these updates contain important security and bug fixes, but they could also speed up your slow device. That’s especially true in iOS 12 and iOS 13, which have a focus on performance and stability. Go to Settings —> General —> Software Update to check for new versions of iOS.

Similarly, older versions of your apps may not run at their peak speed. It’s smart to update all of your apps whenever possible. Just like with the system software, this can do away with bugs. But it may also speed up your apps since most developers routinely implement performance and stability enhancements. Open the App Store and tap on Updates.

5. Clear out some space

Having a bunch of apps and data on your iPhone won’t generally slow it down. On the other hand, an iPhone that’s near its storage capacity can run a bit more sluggishly than one that has plenty of available space. Because of that, clearing out some space on your device can speed it up a bit.

Go to Settings —> General —> iPhone Storage to see what’s eating up so much space on your device. In newer versions of iOS, this menu will even give you quick options to free up some space — including offloading unused apps or deleting old conversations in Messages.

Most apps have some sort of background process that allows them to stay updated even when they aren’t open on your iPhone. Because iPhones are speedy devices, this usually doesn’t affect your phone’s performance. But that isn’t always the case — and sometimes, limiting these background processes can speed up your iPhone.

If you’re using an older iPhone on newer versions of iOS, there are a couple of system settings that could be straining your device’s resources. For the most part, running iOS 12 or iOS 13 on an aging device will speed it up. But if you notice the opposite, two little-known settings called Reduce Motion and Reduce Transparency may help.

Essentially, these toggles will limit the kinds of animations and UI elements that iOS will run. While this may impact the aesthetics of iOS on your device, it could also help bump the performance on aging iPhones. Just go to Settings —> General —> Accessibility and tap the toggle next to Reduce Motion and Reduce Transparency to turn them on.

2. Restore from an iTunes update

Restoring your iPhone isn’t the quickest or most convenient thing to do, but it’s a good last resort. There are plenty of anecdotal user reports suggesting that a full restore can alleviate a lot of slow performance issues on iPhones. So if nothing else on this list has worked, it may be worth a shot.

There are a couple of ways to go about this, but we recommend backing up your device to iTunes or Finder. Then, just Restore your iPhone to that backup. This will install a clean version of iOS that could do away with a lot of sluggish performance issues. It’s also worth noting that setting up an iPhone as a new device, with no backup involved, may speed up your iPhone even more than restoring from a backup.

At this point, you’ve probably heard that Apple slows down older iPhones when their batteries age. That much is true, although it’s actually a good feature that can limit random restarts and glitchy behavior as the battery in your device gets older. Still, the performance throttling can definitely cause your device to feel sluggish over time.

While Apple has given users some options for mitigating this in Settings —> Battery, the surest way to avoid throttling is to swap your battery. It may not be free — but it’ll breathe new life into your device’s. You can set up a battery swap appointment on this Apple website. We highly recommend sticking to Apple or an Authorized Service Provider. Other shops may give you a substandard battery, which may not last as long and can actually be dangerous.