You are here: Home / iPad / How to use Dictation: iOS and iPads Plus Apple Watches

Your iPad has a secret tool that most people never heard of! It’s that small microphone icon on your keyboard, just next to the space bar, that you just pass by. Well, that microphone is actually a very powerful ally. It’s Dictation: iOS and iPads, Apple’s pretty reliable voice-to-text tool.  And it’s perfect for people who find typing a bit of a challenge. But everybody can use Dictation! Plus it works on all iDevice and Apple Watches. 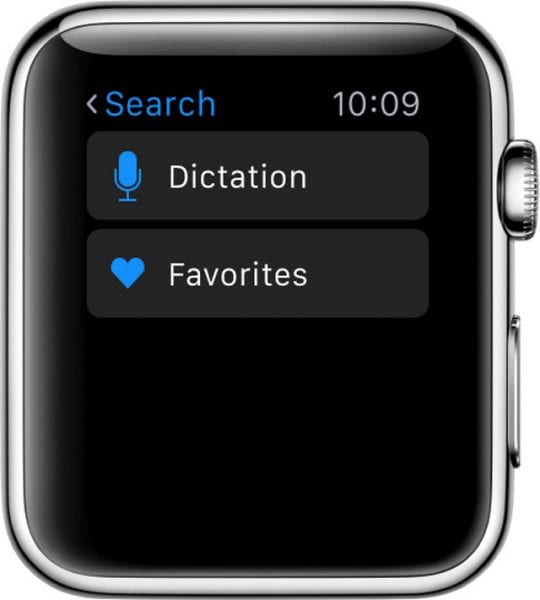 Dictation: iOS and iPads and a whole lot more

Dictation is a powerful feature that’s too often left unnoticed when it’s superstar cousin, Siri, is nearby. But make no mistake, Dictation is one of the most fabulous Accessibility features available on your iPad or another iDevice. This feature lets you dictate text instead of typing. For instance, you use your voice to dictate an email message, compose a text, even create presentations in Keynote.

For those needing help or unable to type on the iPad’s small keyboard, a rockstar dictation feature is the deal-breaker when purchasing a tablet or phone. Thankfully, Apple cares, even prides itself, about its accessibility features. So iOS’s voice dictation handles a lot of requests for large content and even special punctuation.

To use Dictation on your iPad, you need to enable it

Tap Settings > General > Keyboard > Dictation and turn on dictation. To Dictate text just Tap on the micrphone symbol on your on-screen keyboard (to the left of the spacebar,) then speak whatever you want. When you finish, tap Done.

Need to Change the Language?

Update your Dictation language by pressing and holding the globe or emoji symbol, and then select your language from the pop-up menu. Only languages previously downloaded appear in this pop-up. To add an additional language, go to Settings > Keyboard > Keyboards > Add New Keyboard

If you want to add more text

Inserting text is easy too! To insert, tap your insertion point first then add your text by tapping the microphone again and continue dictating. You can also replace selected text by dictating.

What About punctuation or formatting?

Common punctuation and formatting commands include: 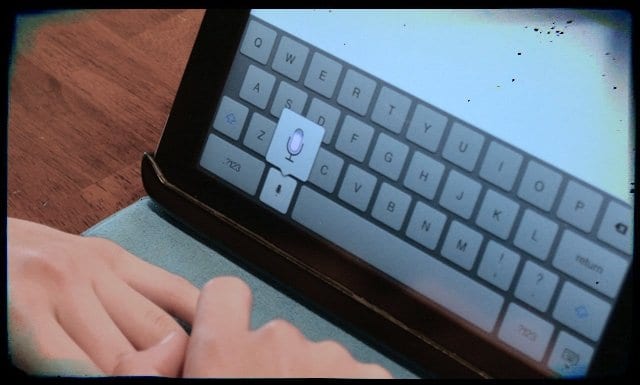 Need to enable dictation with a smart keyboard?

At the far right of the ‘mini bar’ that pops up at the bottom of your iPad’s screen, look for a downward-facing arrow. Press and hold that arrow, and the software keyboard pops up, including the microphone dictation button.

Considerations for Dictation: iOS and iPads

Turn Dictation on or off on Apple Watch

To turn Dictation on or off on your Apple Watch, you must go through the paired iPhone. Go to Settings > General > Keyboard > Enable Dictation > On or Off

When you use Dictation and connect to the Internet to use Apple Servers, all the things you say and dictate are recorded and sent to Apple for processing. Apple uses this information to support you. Apple encrypts all your data so no one at Apple can see it or hack into it. This encryption key is tied to your particular iPhone or another iDevice.

During dictation (and Siri,) your iDevice also sends other information like your name and the names of your contacts, the name of all your apps on the device, your photo album names, the names of songs in your music collection, and any home-kit enabled device names. This information helps your device, Dictation, and Siri make more informed decisions about what you are saying. To learn more about Apple’s privacy policies, including those for Dictation and Siri, see this page.