You are here: Home / How-to / How To Use Sound Recognition in iOS 14

As we get deeper into the iOS 14 beta and closer to iOS 14’s final release this Fall, users are discovering more and more obscure features that Apple has added in the latest version of iOS, one of which is Sound Recognition.

What is Sound Recognition in iOS 14?

With a name like that, it’s not too hard to figure out what Sound Recognition does. It’s an accessibility feature that allows your phone to detect and notify you of various sounds that your phone’s microphone picks up. And unlike the smart home eavesdropping fiasco of a year ago, this is a time when you want your phone to listen to you.

For people who are deaf or hard at hearing, Sound Recognition is an extremely valuable feature. It allows you to still be notified by things like doorbells, fire alarms, and crying children without needing any other equipment than your phone. Other tools fill this purpose as well, but being able to accomplish this with just your phone makes the iPhone and even greater tool for the disabled.

What sounds does iOS 14 recognize?

In iOS 14, the iPhone is only able to recognize twelve different sounds, though they’re some of the most common a person would need to have recognized, and it’s a safe assumption that Apple will add more sounds in future versions of iOS. This feature is built on machine learning, so it’s only a matter of time before it improves and broadens.

Those twelve sounds are:

Again, it’s certainly not an exhaustive list, but it’s hard to imagine any other critical sounds that a deaf person might need to hear. Apple’s done a great job of hitting all the most important sounds, making the feature a great addition to the platform.

How to enable Sound Recognition in iOS 14 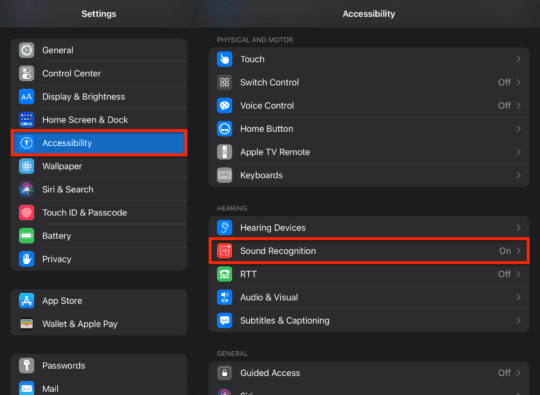 On the next screen, tap the switch to turn Sound Recognition on. 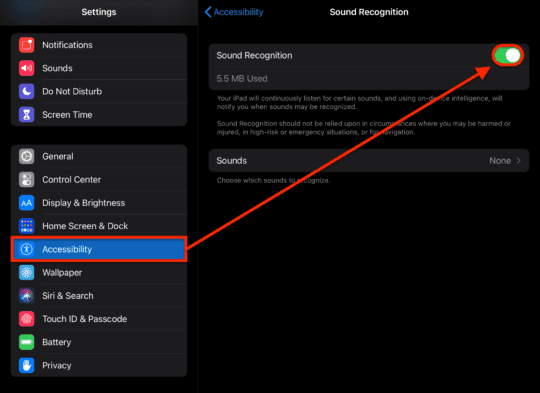 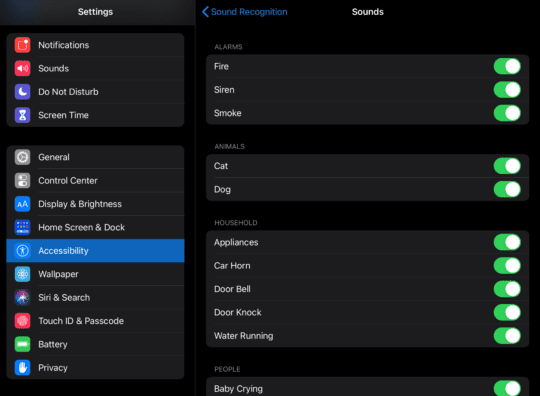 How to add Sound Recognition to your Control Center

Another handy aspect of Sound Recognition that you might not have discovered yet is that you can add it to your Control Center. This allows you to turn it on and off whenever you need, which is particularly in situations where loud sounds are a given, such as going to a movie theater or sporting event. 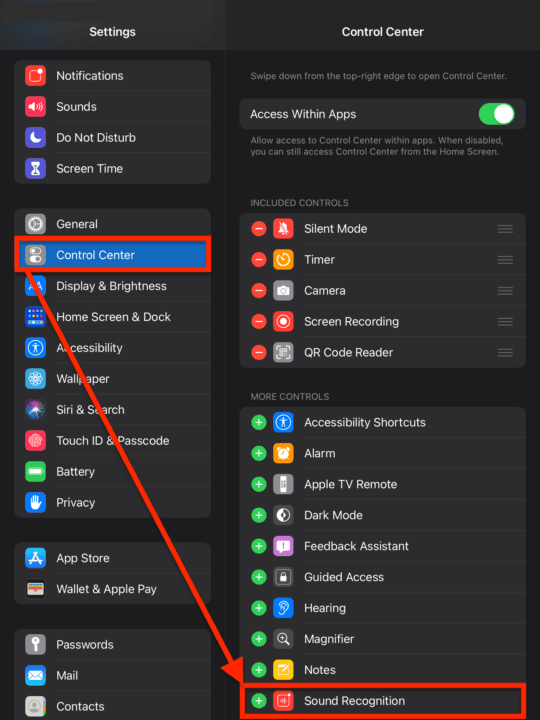 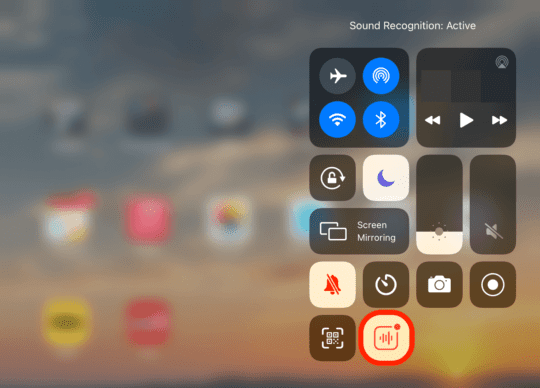 Thanks to modern regulations, every company is required to meet certain accessibility standards that enable disabled users to still participate and benefit from their products. However, most companies only do the bare minimum, making most solutions feel like unintuitive workarounds.

This is something that Apple has always worked against, and since Tim Cook’s time as CEO, it’s a mission Apple has been pursuing more aggressively. Almost every version of iOS over the last few years has included multiple accessibility features, including a VoiceOver system that won Apple a Helen Keller award in 2015. During a speech to Auburn University in his home state of Alabama, Cook had this to say on the value of accessibility features:

“People with disabilities often find themselves in a struggle to have their human dignity acknowledged. They frequently are left in the shadows of technological advancements that are a source of empowerment and attainment for others. But Apple’s engineers push back against this unacceptable reality. They go to extraordinary lengths to make our products accessible to people with various disabilities from blindness and deafness to various muscular disorders.”

It’s an eloquent speech, and one we hope Apple stands behind for many years to come.

What is Sound Recognition in iOS 14?

Sound Recognition is an accessibility feature in the upcoming release of iOS that detects sounds like alarms, pets, and children, notifying the user when these sounds are detected.

How good is Sound Recognition?

In our testing, Sound Recognition was shown to be reliable at not only detecting sounds, but distinguishing them from other sounds, too. However, as Apple warns in the Settings app, it is not a perfect feature and should not take the place of more stringent devices and services.

What happens iOS 14 recognizes a sound?