Despite how wonderful and powerful the M1-powered Mac is, there is one glaring problem that needs to be solved. macOS may be the end-all-be-all for many, but it’s not the only operating system out there and Windows is still required for some.

But until now, that wasn’t possible as Apple ditched Boot Camp with the M1 Mac. This has left folks waiting for some type of solution to come through. Well, the wait is finally over, as we now have a few methods for accessing Windows on M1 Mac.

Just last week, the Parallels team pushed the latest update to its software, up to version 16.5. With this, you’ll finally be able to use Parallels with the M1 chip. Previously, you were limited to only being able to use it with an Intel-powered Mac.

Since ARM is still in development by Microsoft, there are no “official” builds available. Instead, you’ll need to join the Windows Insider Program in order to access the ARM64 build of Windows. Once you’ve joined the program, how you can use Windows on M1 Mac with Parallels.

Since Parallels makes use of the resources on your M1-powered Mac, you may want to adjust some things. Namely, you can adjust the number of cores that are utilized, along with how much RAM the virtual machine can use.

Now, we wouldn’t exactly recommend using anything more than 4 cores, as the M1 is only equipped with eight. However, if you have 16GB of RAM we would recommend using up to 8 or maybe 10GB. But it just depends on what you plan on using the VM for. If it’s for some casual gaming, then you’ll likely be fine with the recommended settings. But if you plan on playing something more intense, then you’re likely going to want to bump things up a notch or two.

The next method for “running” Windows on your M1 Mac is kind of cheating, as you actually need access to a Windows computer. Instead of running a virtual machine using up much of your precious resources, Jump Desktop is a remote desktop client (RDC). This requires you to download the app to both your Mac and Windows desktop in order to work seamlessly.

However, after you’ve installed Jump on both devices, you can open the app on your Mac to create an account. This ensures that the connection will remain, even if you use Jump on something like an iPad to access your PC. 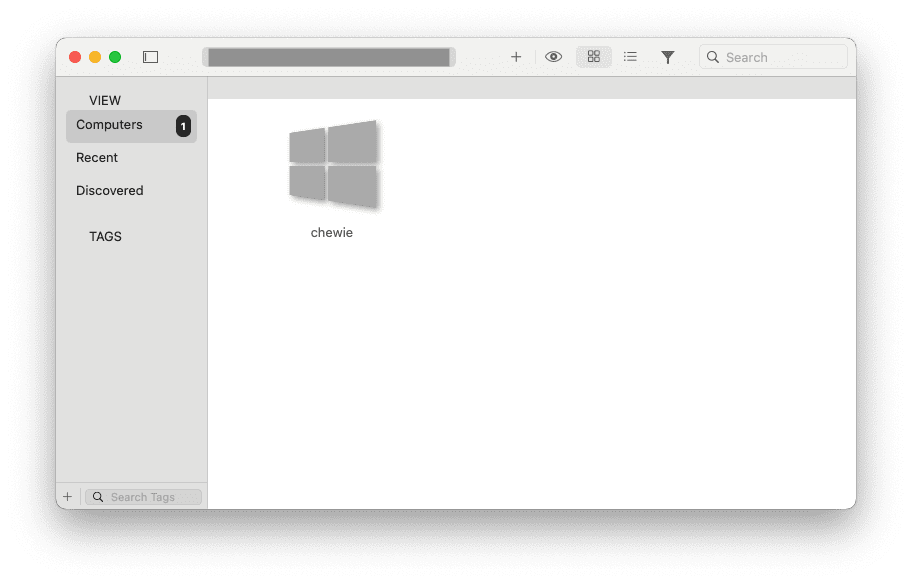 After Jump Desktop has been set up on both your Mac and Windows computer, you’ll see your computer listed in the main view. A simple double-click will open the PC in a new window on your Mac. From there you can use the PC just as you would under normal conditions.

In our experience, this has been the best way to easily access or download files on the PC, instead of using the Mac. It also works quite well for many tasks, although you might not want to use it for gaming. Latency issues can come and go, depending on the internet speeds in your home and how many devices are connected.

Jump Desktop is $29.99 in the Mac App Store, $14.99 on iOS, and $4.99 on Android. The Windows client is completely free, but make sure you create an account using your Mac before finishing the setup. Oh, and if you are already subscribed to Setapp on your Mac, then you’ll get Jump for free on the Mac.

The final option is not yet available, but it is slated to be coming soon. VMWare is an alternative to Parallels, and has been around for quite some time. However, the developers have remained pretty quiet on providing the ability to use its application on an M1-powered Mac.

That all changed recently though, as one developer revealed that a progress update is “coming soon”. The company has been hard at work ensuring that VMWare will work as seamless as you would expect. However, the primary Twitter account has only stated that there is not a timeline, “but it’s something we’re working on diligently”. So it’s only a waiting game at this point.

The M1 Mac is absolutely incredible as is, and with the ability to run Windows, you can leave that old Windows PC behind. Unless, of course, you use it for playing those more graphics-intensive games. But even then you could try using something like NVIDIA GeForce Now or Google Stadia and take advantage of cloud gaming.

Regardless, we knew that it would be a matter of time before Windows support came to the M1 Mac. The only real question remaining is whether Apple will re-introduce Boot Camp at some point.