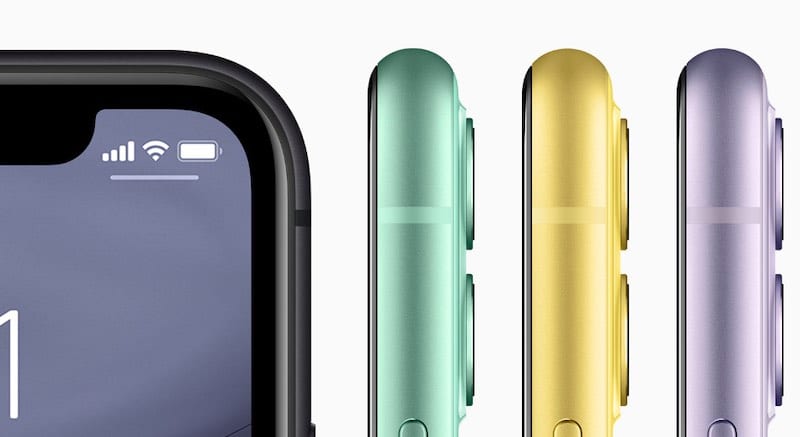 Apple’s new iPhones support a significantly upgraded version of the Wi-Fi networking standard. But you’ve probably haven’t heard about it.

That’s Apple was actually fairly quiet about the upgrade. Apple actually announced it at its keynote on Sept. 10, but didn’t go into detail about what it is or its benefits. With that in mind, here’s what you need to know about Wi-Fi 6 and what it means for you.

Wi-Fi 6 is the next generation of the Wi-Fi standard, which governs the radio technologies built into our devices. Just like 4G is an improvement over 3G, Wi-Fi 6 carries a number of benefits over its predecessor.

If you’ve never heard of Wi-Fi standards like Wi-Fi 6, that’s perfectly understandable. Wi-Fi 6 actually represents a simplified moniker change on the part of the Wi-Fi Alliance.

Speaking of Wi-Fi 5, the last generation of the wireless networking standard was actually released back in 2014. That means Wi-Fi 6 is actually a massive change just about five years in the making.

What Wi-Fi 6 means for you

As mentioned earlier, Wi-Fi 6 is a big improvement over the previous generation (which you’ve likely been using for years without realizing it).

Unfortunately, some of the more major upgrades that Wi-Fi 6 brings are a bit complicated to understand. They include multi-user, multiple-input, multiple-output (MU-MIMO) and Orthogonal Frequency Division Multiple Access (OFDMA).

Because those terms aren’t very helpful for the average user, we’ll break down some of the possible benefits that Wi-Fi 6 brings to the iPhone.

Which new iPhones have Wi-Fi 6?

While Apple didn’t spend much time on it, the company did announce that all three of this year’s iPhones will support Wi-Fi 6.

That’s actually fairly significant because Wi-Fi 6, as a standard, is relatively new. According to Wi-Fi Now, there have only been about 11 smartphone models that support the new radio standard.

Even though Wi-Fi 6 carries a number of exciting and tangible benefits over the previous generation, it won’t mean that your internet will be magically faster.

First off, you’ll actually need a Wi-Fi 6 router or access point to take advantage of the improvements. Wi-Fi 6 devices are backwards compatible with Wi-Fi 6 routers, but you won’t get any benefits.

Similarly, the internet speed at your home is dependent on the service you buy from your internet service provider (ISP). If your speed cap is, say, 100 Mbps, Wi-Fi 6 won’t allow you to go over that threshold.

While Wi-Fi 6 certainly hasn’t had the recognition or fanfare that 5G has, it still represents a major leap forward in terms of wireless connectivity.

For example, Apple is introducing a 5G iPhone next year — at least a year later than some of its Android competitors. It also rolled out 4×4 MIMO technology well after quite a few of its rivals.

Still, Wi-Fi 6 bodes well for Apple and its customers. And it’s not even the only wireless tech upgrade in the new iPhones. In addition to Wi-Fi, the iPhone 11 lineup will support incrementally faster 4G LTE data speeds. According to one test firm, speeds will be about 13 percent better.

Have you pre-ordered or your iPhone 11? Or are you going to wait out this upgrade cycle? We would love to hear from you.