You are here: Home / iPad / iPhone/iPad: How to Take Screenshot of an Entire Web Page

The web is a fluid entity, so while you can bookmark a web page to return to later, you can’t guarantee that it will still be there when you return. There are multiple ways to copy the contents of a webpage, but most of them require you to be using your Mac or another computer.

Taking a Full-Page Screenshot in Safari

Before we get started, there is one important prerequisite. In order to take a screenshot of an entire webpage, you’ll need a device with iOS 13 or iPadOS 13 or later. Once you’re sure you’re on at least iOS 13, the process is surprisingly simple.

For the most part, taking a screenshot of an entire webpage is exactly the same as the way you’d take a standard screenshot in Safari on your iPhone or iPad. First, open Safari and navigate to the page you want to take a screenshot of.

If you’re using an iPhone or iPad with a home button, simply press the top or side button and the home button at the same time. Release both buttons and you’ll take a screenshot.

Once you’ve taken the screenshot, you’ll see an icon in the bottom left of the screen. Tap this before it disappears to open up the edit screen. 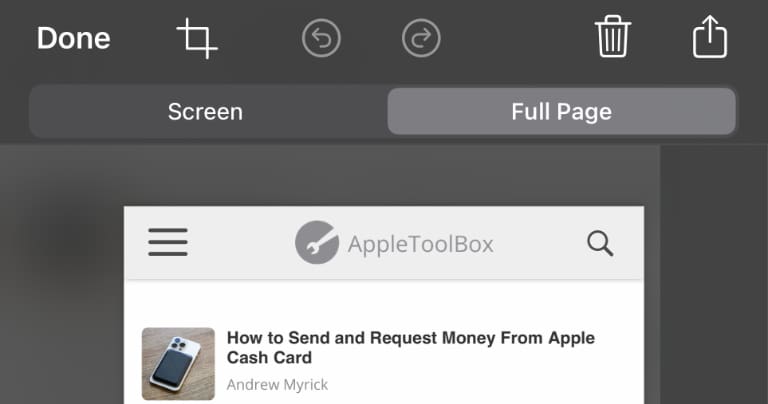 Now it’s time to save the screenshot.

How to Save Your Screenshot as a PDF

If you’re saving an article or something else to read later, saving it as a PDF makes sense. This is also the easiest option to save your full-page screenshots for later use.

To export your screenshot as a PDF, tap the share icon (rectangle with an upward facing arrow) at the top of the screen. Tap “Save to Files” on the menu that pops up.

Now the iOS / iPadOS file save dialog will pop up. You can rename the file from “PDF Document” to a name of your choice by tapping the text area displaying the name. Choose a location to save the file, then tapping “Save” in the top-right of this screen.

How to Save Your Screenshot as an Image

Saving as a PDF is great if you’re saving an article to read later, but if you want an image you can edit in Photoshop or use in a similar manner, a PDF is less than optimal. Fortunately, you can indeed save your full-page screenshots as image files, it just requires a workaround.

First, you’ll need the Shortcuts app. This should be on your iPhone or iPad by default, but if you’ve deleted it, you’ll need to re download it from the App Store.

Once you’re certain that you’ve got the Shortcuts app installed, install the Convert To Image Shortcut. This lets you convert the screenshot into a JPEG file from the iOS / iPadOS Share Sheet.

Once this shortcut is installed, follow the above steps to take a full-page screenshot, then tap the share icon as you would to save a PDF. Now you should see the “Convert To Image” Shortcut listed among the options in the Share Sheet. 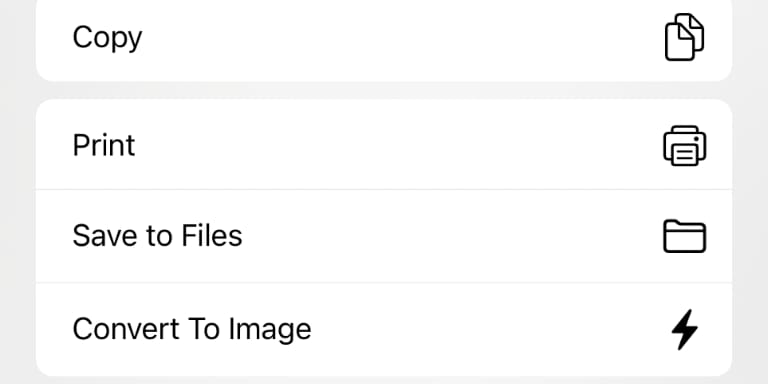 Tap the Shortcut to start conversion, then select either “Allow Once” or “Always Allow” when prompted to save the photo to your photo album. 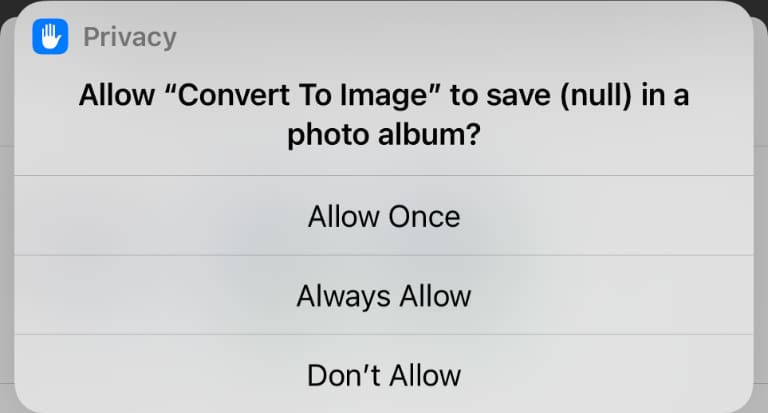 To see even more cool things you can do with the Shortcuts app, take a look at our list of the best apps for Shortcuts pros.