You are here: Home / iPhone / Your iPhone, a Potential Smoke Detector?

If Apple follows through its research, it is absolutely possible that one day your new iPhone and your new iPad will have the capabilities of detecting smoke or fire and assist in emergency rescue operations. Your iDevice could use a built-in smoke detector to monitor for the presence of smoke. In response to detecting smoke with the smoke detector, the device issues an alert or takes other suitable actions.

It is also possible that Motion detectors and other sensors and circuitry embedded in your iPhone may be used in determining whether electronic devices are being used  and determines where those electronic devices are located. Alerts could even contain information on the location of detected smoke and building occupants. 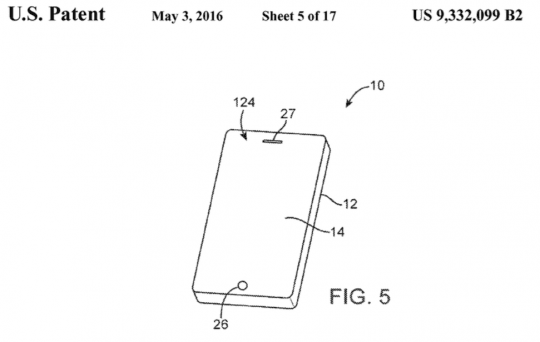 Similarly, Camera data and proximity sensor data may also be used to determine of a user is present in the vicinity of a device. Coupled with information from a satellite navigation system receiver and/or information from surrounding wireless local area networks this can provide the location of the user’s device.

If Apple were to go through with this emergency feature on its new iPhones and iPads, it could definitely be a game changer when it comes to Safety and rescue during emergencies. Imagine the intelligence that this will provide to first responders when they are faced with these emergency situations.

Apple does publish and patent a large number of potential use cases on a regular basis. Very few of them actually become features on the new devices. We think that there may be something really valuable in this novel application of iPhones.

Would you feel safer carrying an iPhone equipped with emergency sensors?