It’s still somewhat early in the timeline, but following its introduction at WWDC ’22, there might be some bad news for iPad fans. A new rumor suggests that Apple is making the decision to delay the launch of iPadOS 16 by a month.

Originally, the software was expected to be made available to everyone alongside iOS 16. Both versions of Apple’s latest software would have likely been made available in September, alongside the announcement of the iPhone 14. However, now it seems that iOS 16, and presumably, watchOS 9, will be available first. 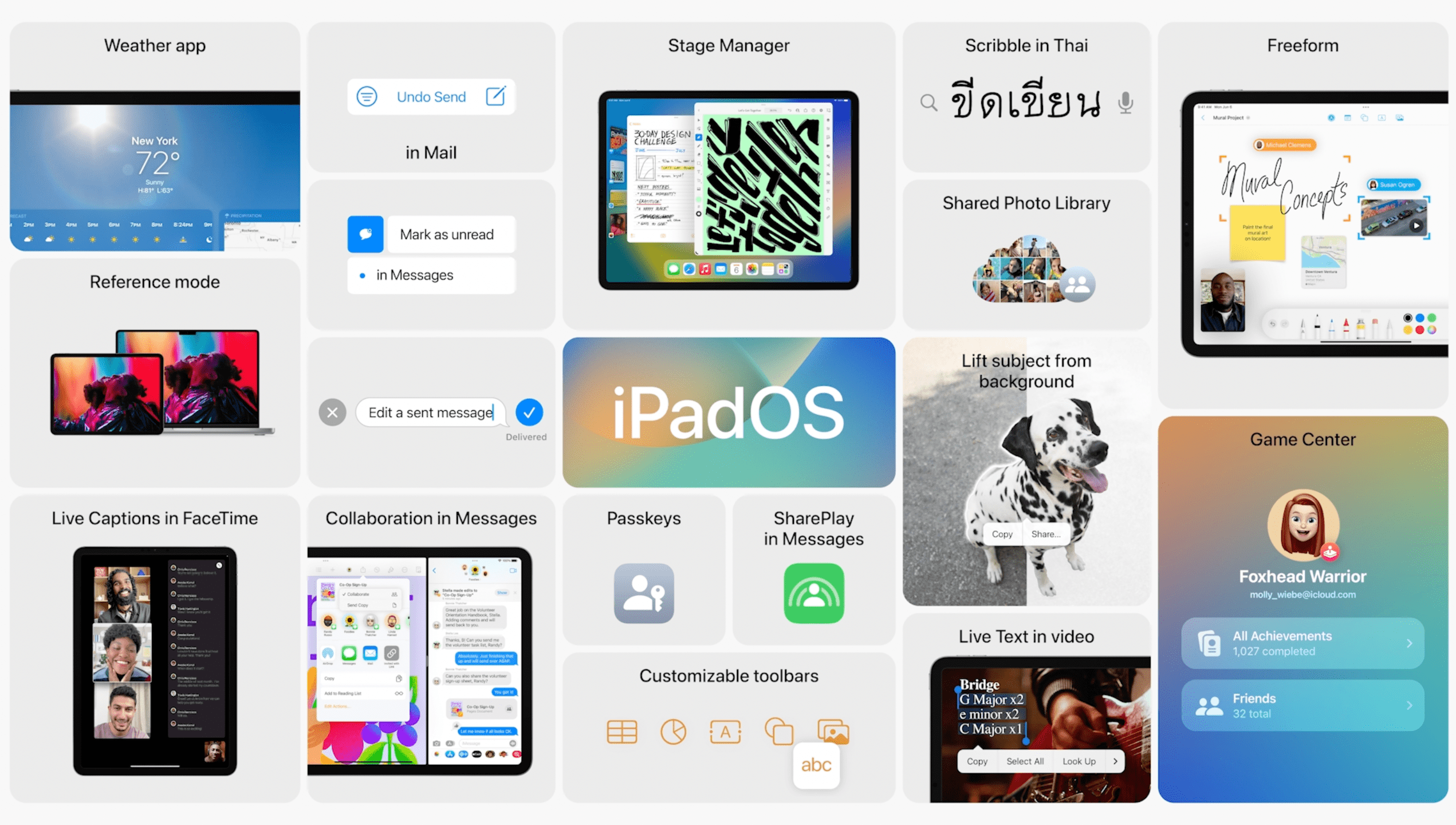 There’s a good reason why Apple waited until the end of the WWDC ’22 Keynote to show off what’s to come with iPadOS 16. This is arguably the biggest update to be made available to iPad owners, as it completely changes the way we think about multitasking on the iPad.

Stage Manager is an all-new feature that is exclusive to M1 iPad models, while also being implemented in the final release of macOS Ventura. With this, you’ll be able to have up to four app windows on your screen at a single time. And thanks to the vastly-improved external display support, the number of concurrent app windows can be up to eight, with four on each screen.

According to noted Apple leaker, Mark Gurman of Bloomberg, iPadOS 16 is being delayed for the following reasons:

The delay of the software is due, at least in part, to an ambitious effort to overhaul the iPad’s multitasking capabilities. The update includes a feature called Stage Manager that lets users operate several tasks at the same time, resize windows and bounce between different clusters of apps.

During beta testing, the system has drawn criticism from some developers and users for its bugs, a confusing interface and lack of compatibility with most iPads. Staggering the release schedule will also allow Apple to put more engineering resources into completing iOS 16, the software update that will come included with the iPhone 14 in September.

Instead of launching alongside iOS 16 in September, iPadOS 16 has likely been delayed until sometime in October. And while this will coincide with the release of macOS Ventura, Gurman also points out that “the change also would bring the iPadOS 16 release closer to the launch of new iPad hardware.”

There are a slew of rumors pointing to Apple releasing a new version of the iPad Pro sometime in the near future. This updated version is said to be powered by Apple’s new M2 chip, but it’s unclear what other features would arrive in the updated hardware. However, if Apple is internally planning another Fall event to debut new iPad models, announcing the release of iPadOS 16 would give the company something else for everyone to get excited about.