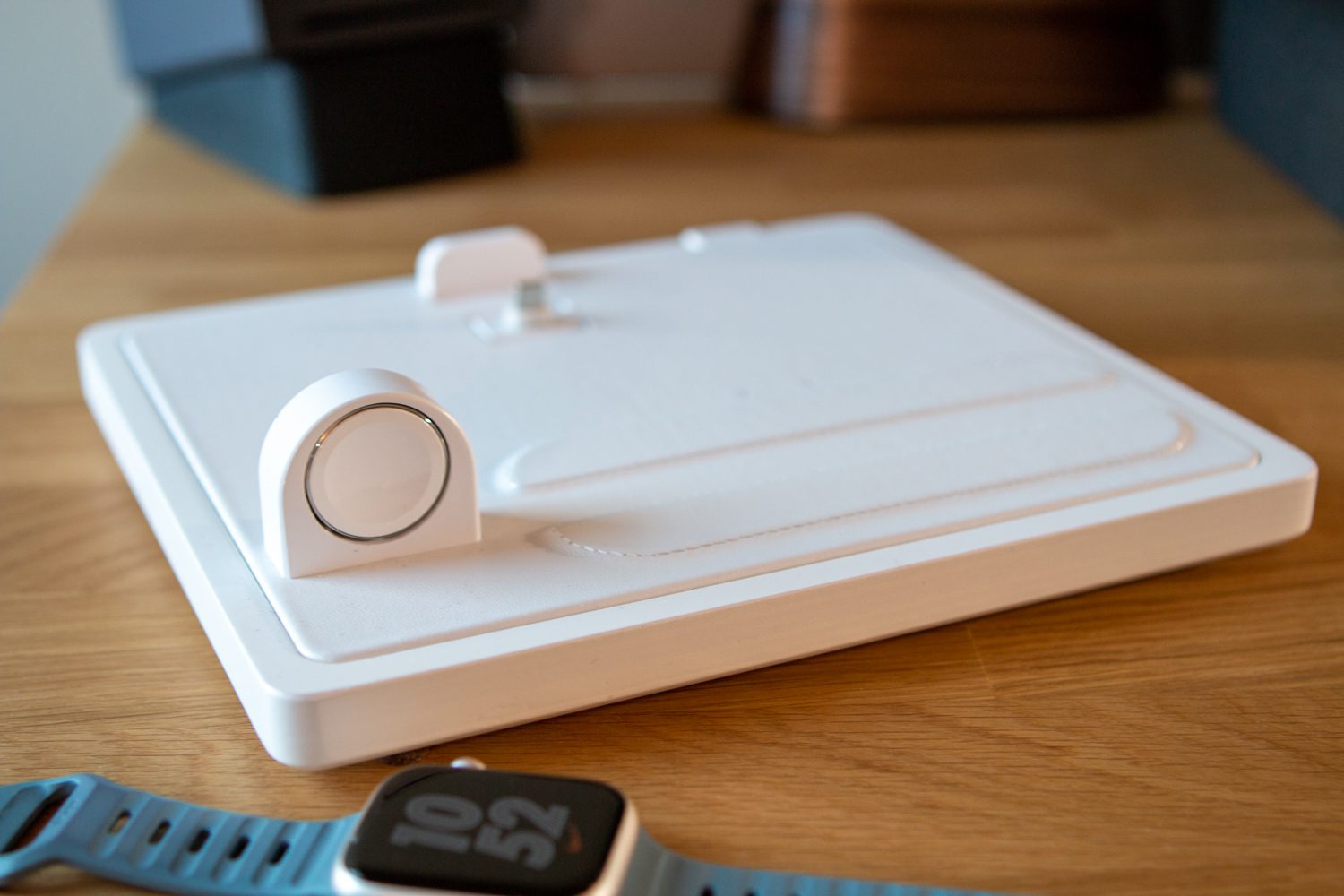 As the name suggests, the NYTSTND QUAD MagSafe is capable of charging up to four devices at the same time, all while using MagSafe where possible. On the top, you’ll find a little USB-C charger that sticks out, along with an integrated Apple Watch dock, and a total of five wireless charging coils to the right of the Watch dock.

NYTSTND offers the QUAD MagSafe in an array of different finishes, all of which make use of wood, leather, and are hand-made. While it’s definitely an interesting design, it’s arguably the best way to keep all of your Apple devices charged up. The USB-C charger can also be swapped out for a Lightning one, depending on what model iPad you own. 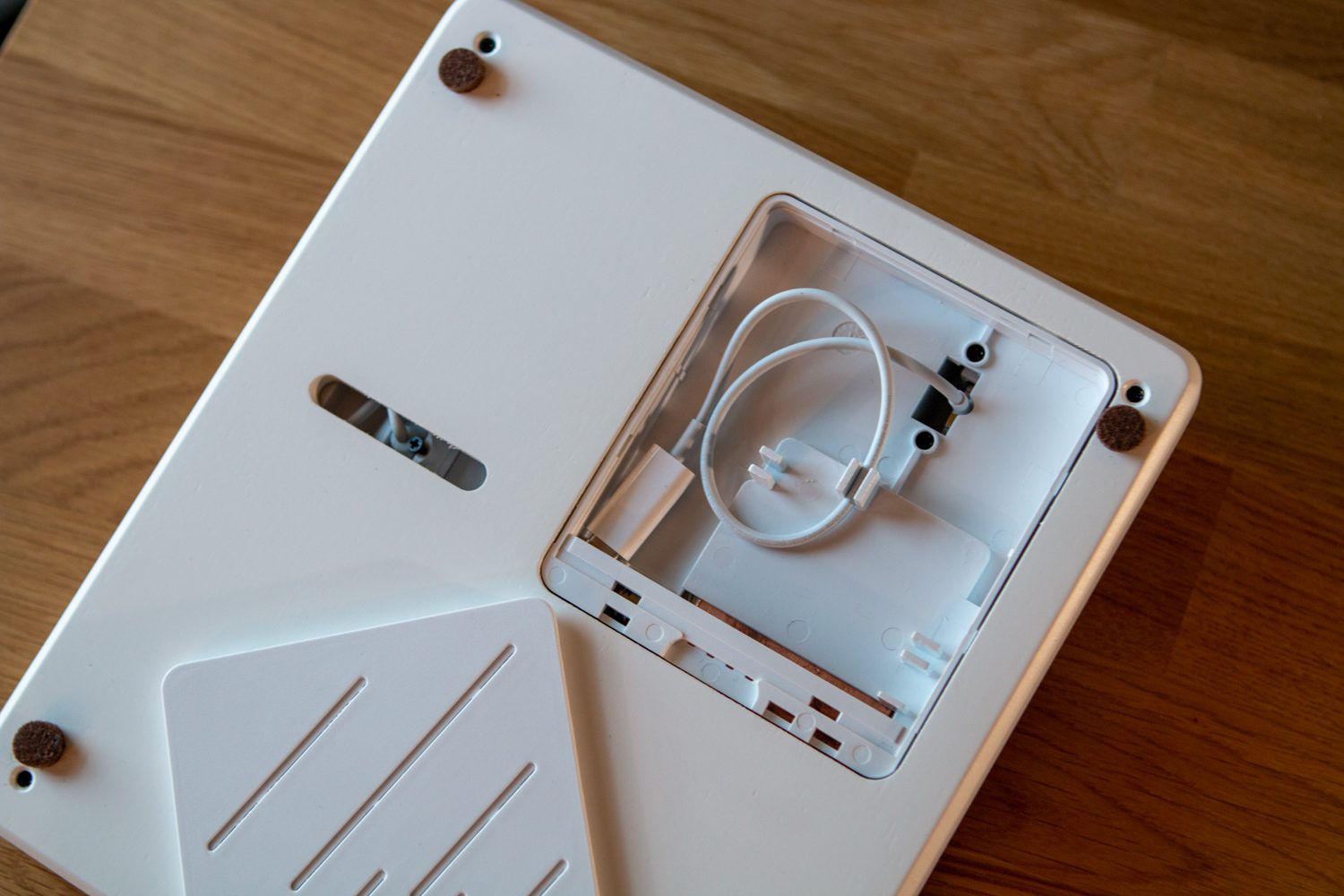 On the under-side of the NYTSTND QUAD, you’ll find a little door, to access the Apple Watch charger in the event that something isn’t working right. There are also four little feet to help provide a bit of separation between the top of your table and the bottom of the charging station itself. Unfortunately, we found that the NYTSTND QUAD had a tendency of moving around rather easily, so you might want to invest in some command strips or something that will help keep the charger in place. Rounding out the pack, there’s a single USB-C charging port on the back, allowing you to provide the power needed to keep your devices juiced up. 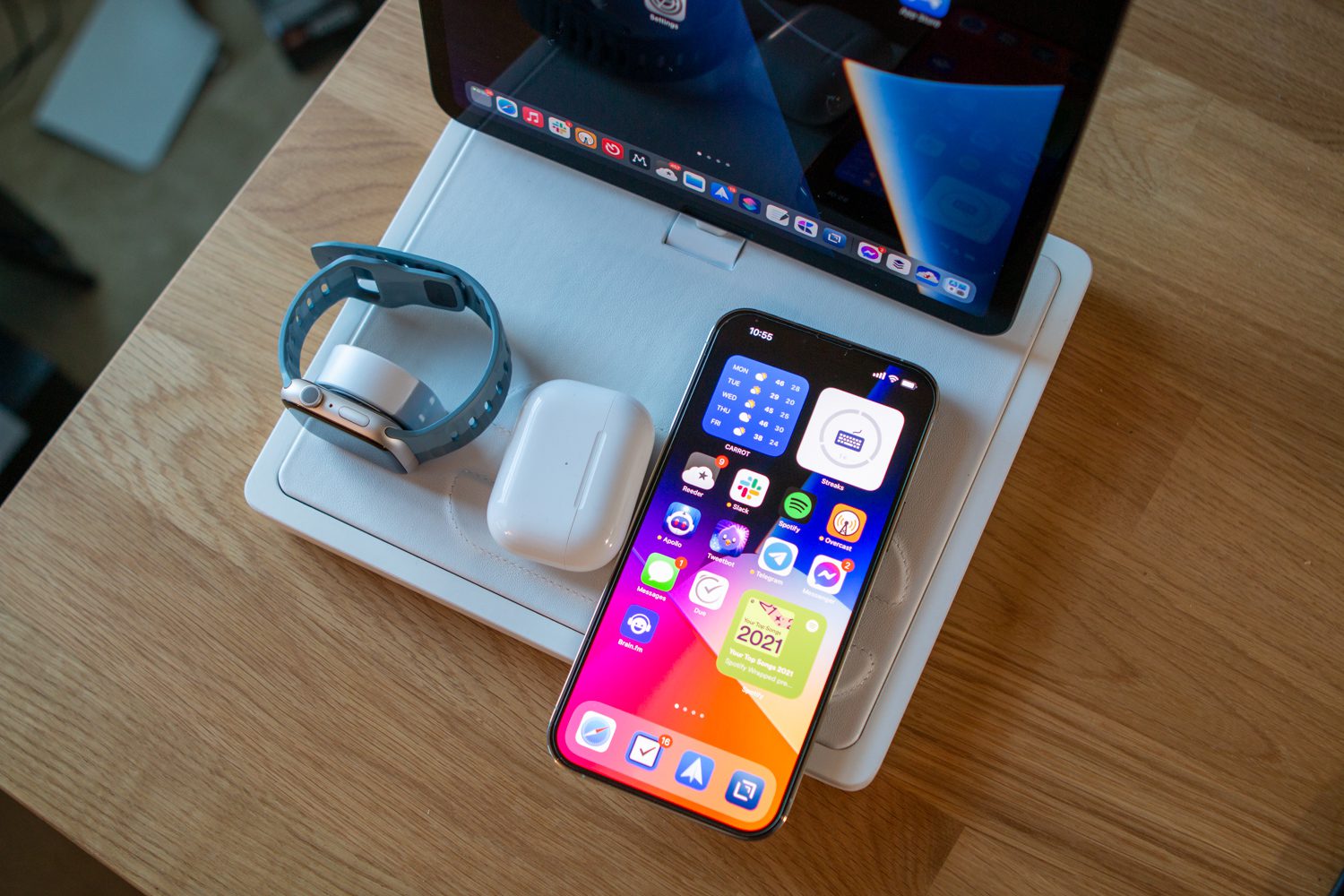 Going through the configuration process for the NYTSTND QUAD MagSafe is a breeze, as you simply need to pick a color, choose the wood base, select between USB-C and Lightning, and then head to check out. Once it arrives and you take it out of the box, you’ll instantly notice something a bit odd. Out of the box, it doesn’t really appear as though there’s much support for you to actually charge an iPad.

The charging port that sticks out of the top can be moved, ensuring that you can still use the charger even if you have a big and bulky case on your iPad. But after you dive a bit deeper into the box, you’ll see a little stand that is included and fits in behind the iPad charger. Essentially, NYTSTND wants you to have the ability to use the iPad charger and keep it supported when you want, or to remove the stand when you don’t need it.

As for charging your iPhone or AirPods, this is where the fun begins, as you won’t exactly be able to notice that the NYTSTND QUAD is MagSafe compatible. But as soon as you place your iPhone down on the mat, it snaps into place with ease. 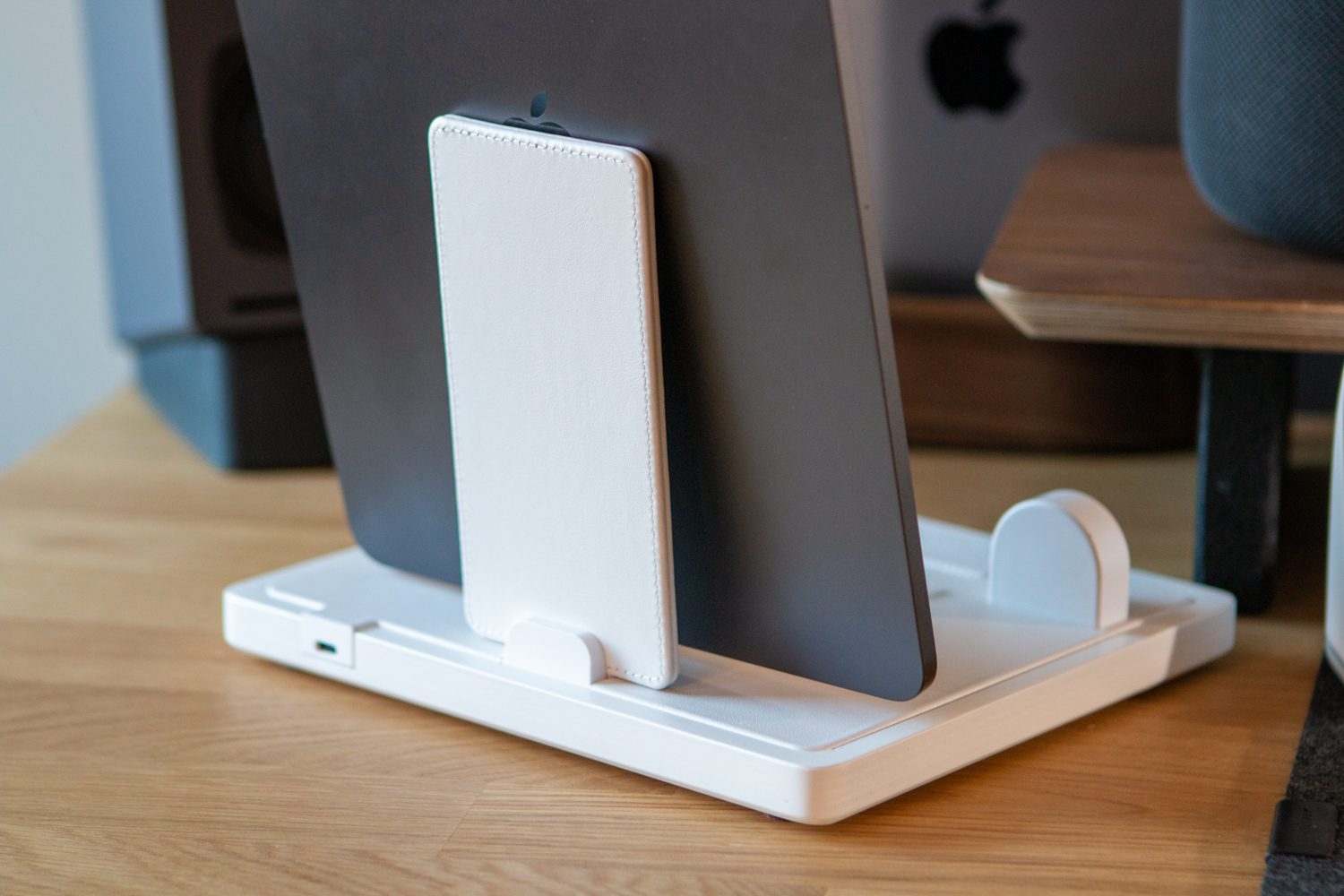 Of course, the NYTSTND QUAD will work with non-MagSafe accessories, acting as a traditional dual-device wireless charging pad. However, the company recommends using MagSafe when possible as it “performs best” if you’re charging an iPhone 12 or iPhone 13.

But here’s one of the catches with the NYTSTND QUAD. Despite being advertised as MagSafe compatible, it doesn’t actually use Apple’s MagSafe technology. Instead, it relies on magnets to keep your iPhone in place, similar to options we’ve seen from other charging stations. This means that you won’t be able to enjoy true MagSafe charging speeds, as you’re instead limited to 7.5W. 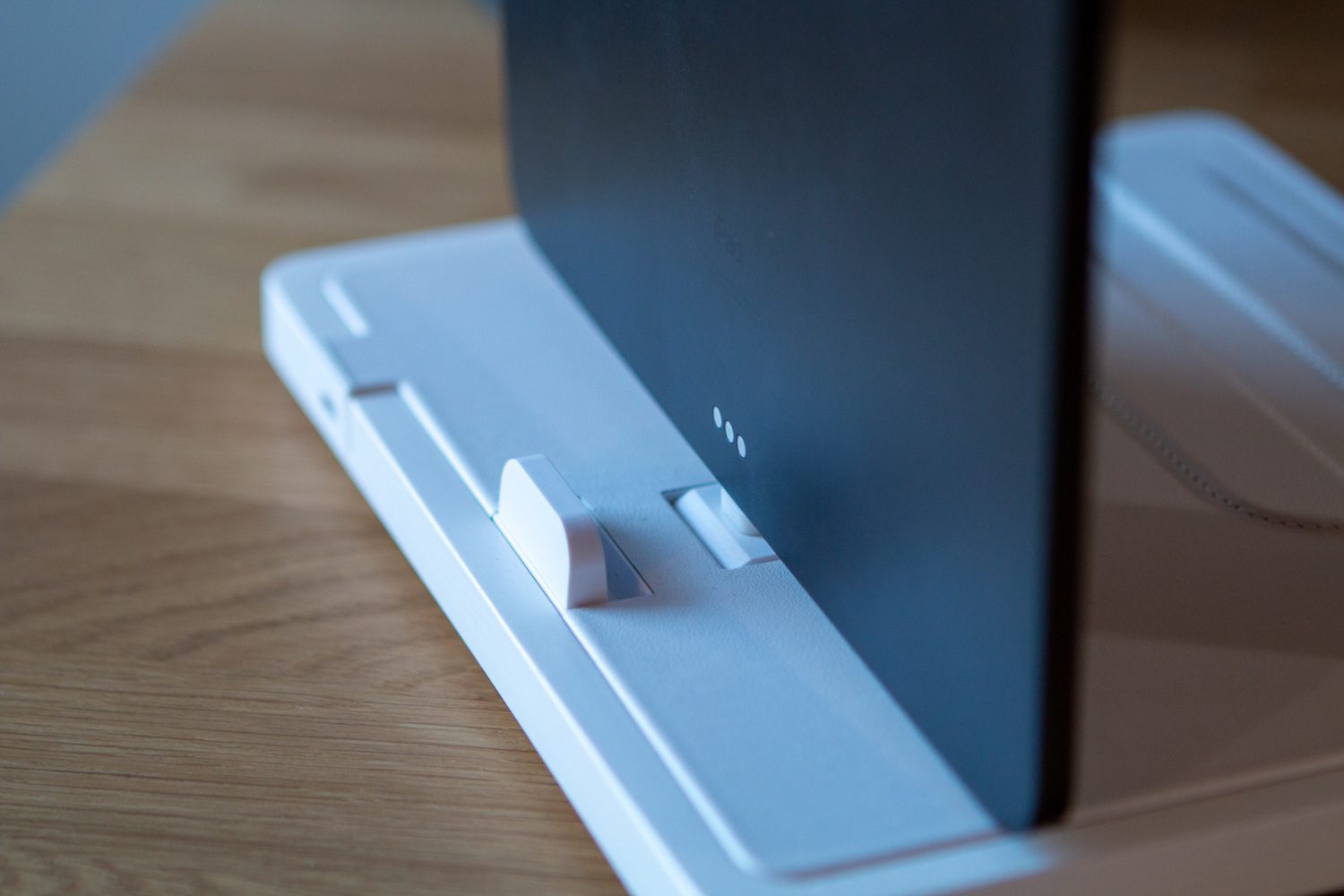 As we mentioned before, there really are quite a few different charging station options available today. Some of these don’t offer the MagSafe compatibility that we see with the NYTSTND QUAD but considering that the QUAD isn’t actually charging at MagSafe speeds, there’s not much difference. The biggest reason why you would want to check out the QUAD over those other options is if you need to charge four devices at the same time.

When you look at the $229 retail price of the NYTSTND QUAD, it’s difficult to really recommend this for anyone who doesn’t need that fourth charging option. Belkin’s MagSafe 3-in-1 Wireless Charger actually does reach the peak 15W speeds offered by MagSafe and is about $70 less expensive. However, if you want a true all-in-one charger for your Apple devices, then the NYTSTND QUAD is one of the best options out there.