When Apple re-introduced the MagSafe branding with the iPhone 12, this opened the door for a lot of unique and useful accessories to improve the experience. One of the more obvious, yet unexpected, options to arrive was the Apple MagSafe Wallet. This is essentially a leather card slot that magnetically attaches to the back of your iPhone, while being able to carry up to three cards at the same time.

However, after Apple AirTags were introduced, a lot of us were left scratching our heads wondering why Apple didn’t implement this into the MagSafe Wallet. This led to third-party accessory makers introducing new wallets or accessories to slot your AirTag into it. Then, if you misplaced your wallet, you could use the AirTag and the Find My app to figure out where your wallet ended up. 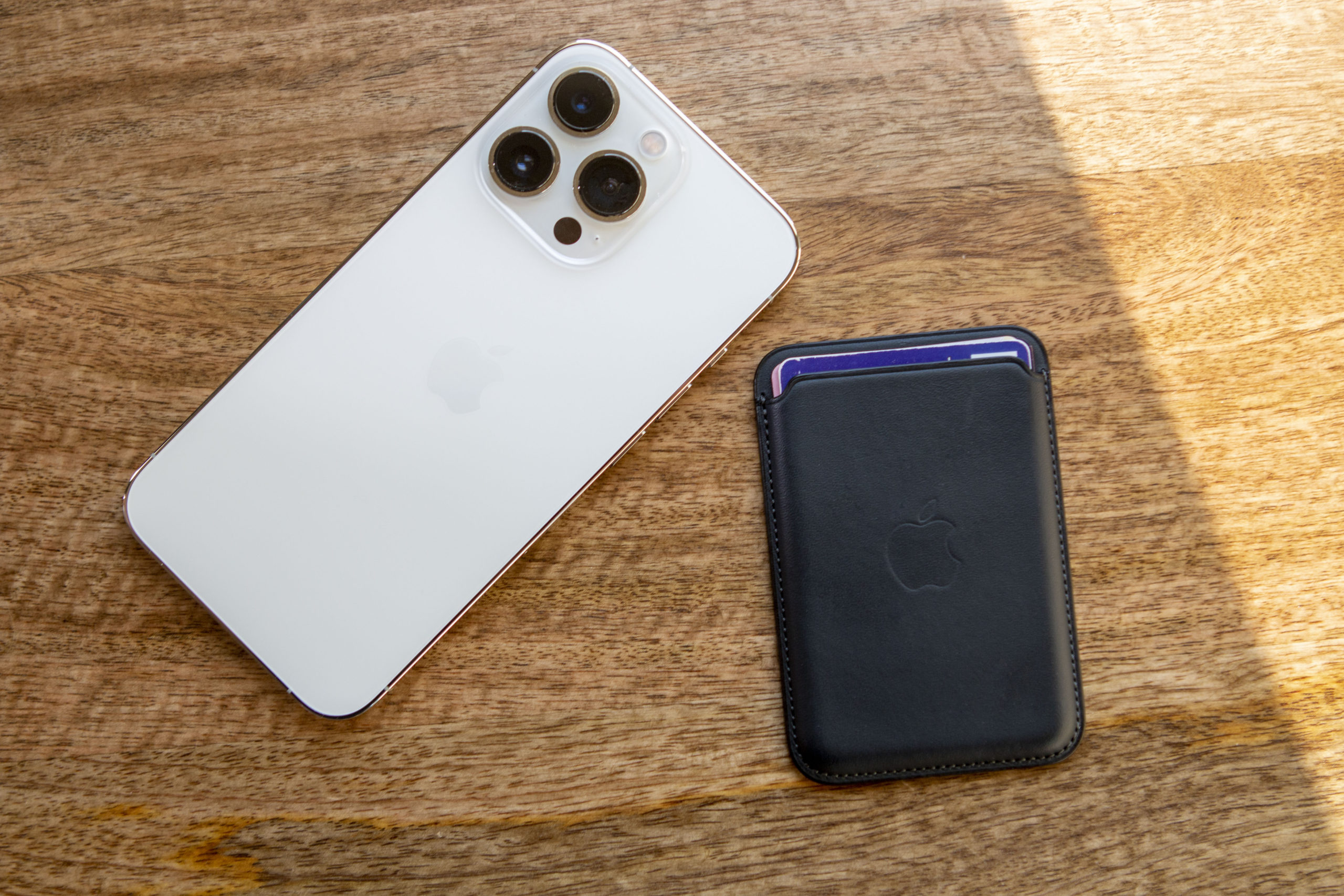 With the iPhone 13, Apple rectified those qualms with an updated version of the MagSafe Wallet. From a design perspective, it looks exactly the same compared to the one released alongside the iPhone 12. The biggest difference here are the new color options:

But we quickly learned that there was more going on than meets the eye with this updated MagSafe Wallet. Somehow, Apple managed to implement compatibility with the Find My network, meaning that you no longer needed to rely on third-party accessories or wallets.

The way that the Find My integration works is actually pretty ingenious. Whenever the wallet is detached from your iPhone, you’ll receive a notification letting you know where it’s at. In my time using the wallet, it’s become an occasional annoyance, only because it usually happens when I’m home.

I understand the reasoning behind this “all or nothing” mindset, but I do wish there was an option to turn it off at certain locations. Nevertheless, it’s still there, and buzzes your Apple Watch or iPhone letting you know that you should probably turn around and grab your wallet.

The 2021 MagSafe Wallet still holds the same three cards as last year’s model, and you could probably push it to four cards if you really needed to. But this would result in you stretching out the leather, with the potential for your cards to fall out even if the wallet is attached. 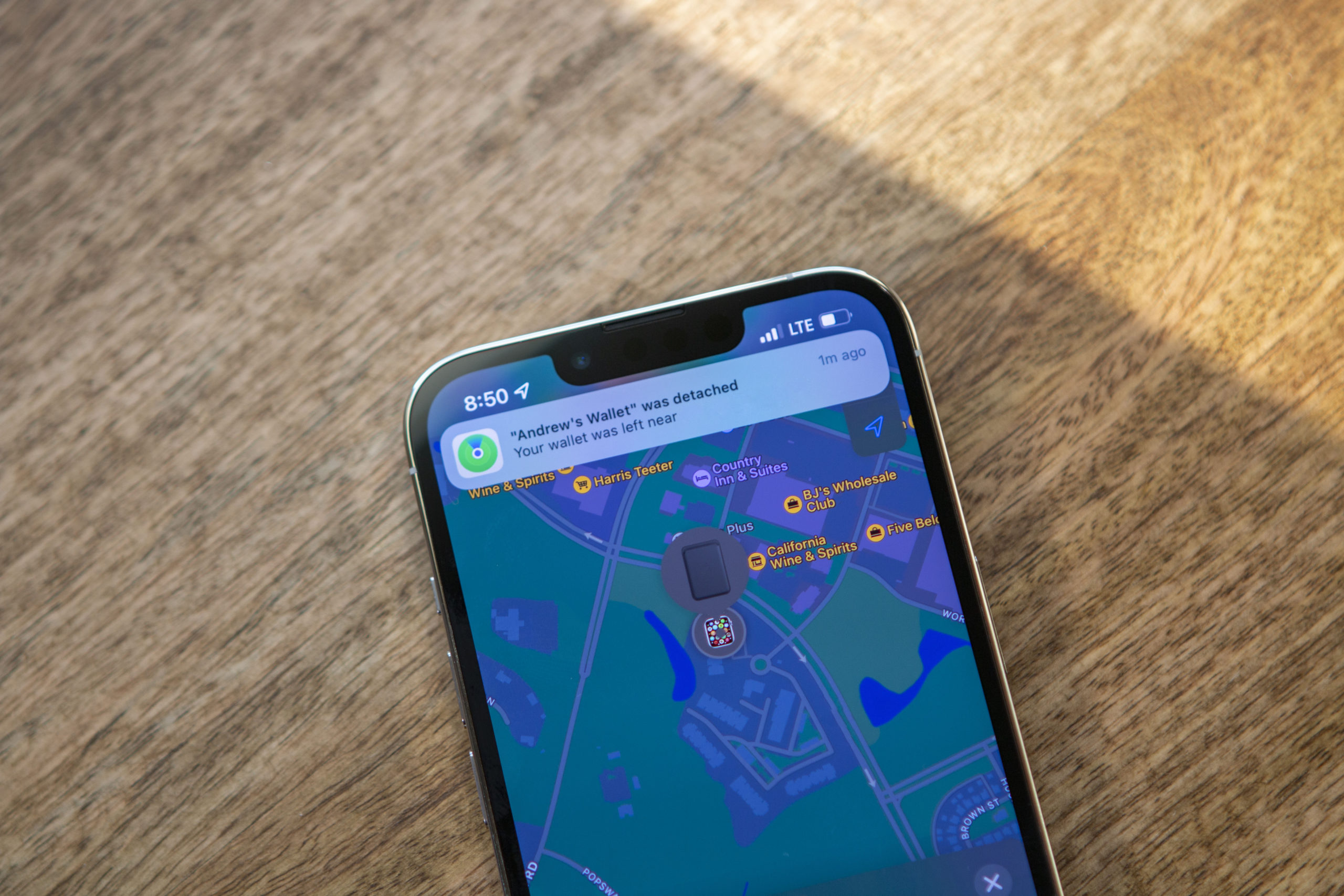 One thing that I have noticed almost immediately is that, at least to me, the magnets in this MagSafe Wallet feel stronger than before. Regardless of whether I’m rocking Apple’s Leather Wallet with MagSafe or going case-less, the wallet doesn’t feel like it’s going to fall off when it goes into a pocket.

The biggest “catch” with using the MagSafe Wallet over something like Nomad’s Card Wallet with Card for AirTag is the aforementioned Find My integration. Yes, you can get an approximate location as to where your wallet might have been left behind.

However, you won’t be able to track it down like you can with an AirTag so you won’t be getting any of those nifty AR directions on your iPhone to point you in the right direction. All this means is that if your wallet is stolen, it’s going to be bad news bears. But if you forget it somewhere, Find My will tell you where to go so you can grab it before it’s too late.

Should You Buy The MagSafe Wallet?

If you already own last year’s MagSafe Wallet, you’re probably okay just hanging onto that for now. If you’ve opted for a combination like Nomad’s Card Wallet with Card for AirTag, you’re also better off sticking with that just because of the enhanced Find My features provided by the AirTag.

The new MagSafe Wallet is for those who don’t have a tendency of losing things, want one of the new color options, and don’t already have one. Plus, those who didn’t upgrade to the iPhone 13 will still be able to use this new Wallet as it’s compatible with MagSafe and not just limited to a specific iPhone model. All five colors are currently available at many of your favorite retailers, and it can be had for $59.