You are here: Home / How-to / How to Set Up Power Nap with macOS Sierra

The Power Nap feature allows your Mac to run things in the background even while sleeping. In power nap mode, your Mac auto-checks for email updates your notifications and also downloads system updates without you needing to babysit the machine. The good news: it’s easy to set up the Power Nap feature on your Macbook. 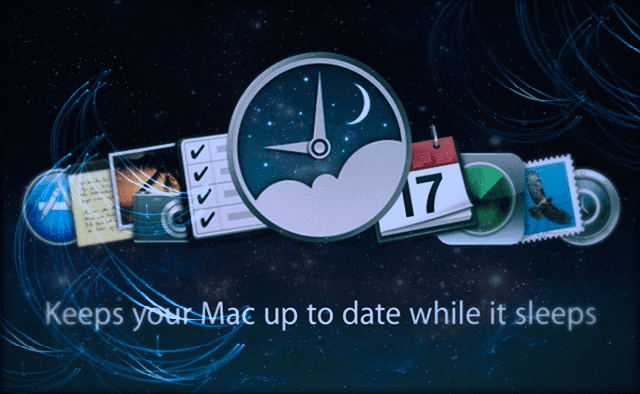 Which Macs use Power Nap?

The only downside is that this feature works with the relatively new MacBook, MacBook Airs, MacBook Pros, and Macs that have built-in flash storage. If your Macbook is from mid 2012s, you should be okay. Downloads during power nap only supported from Apps Available via the Mac App Store.

You can use Power Nap on these Mac models

To Figure out if your Mac supports Power Nap

Step – 2 If your Macbook is compatible, the option appears as a checkbox on this screen in the “Battery” tab 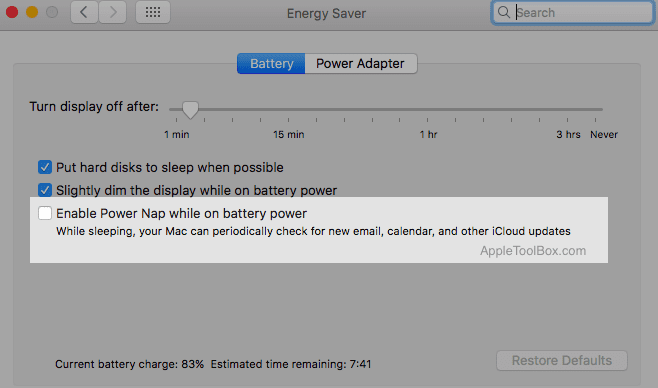 Step – 3 Check the box “Enable Power Nap,” and your Mac is enabled for this mode

All power naps have rules and limits, so too with Macs as with humans! The important caveat for your Mac is that to use parts of this feature, you must keep your Macbook plugged into a power source. If you do not see this option, it means that your Mac or MacBook is not compatible with the Power Nap feature. 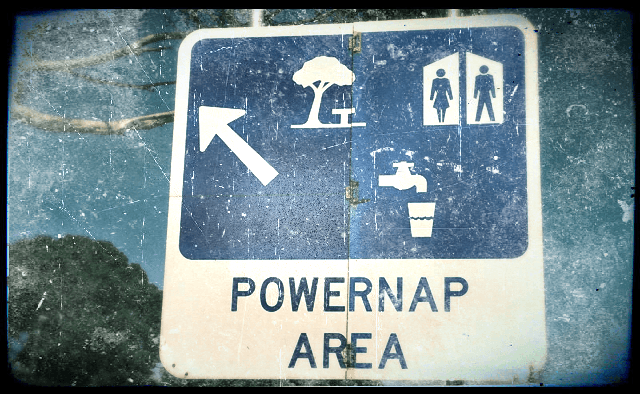 It is important to note that certain features only work when your MacBook is connected to a power outlet while in sleep mode.

Features that work regardless of power while in sleep mode

What If I don’t want my Macbook to Sleep?

Many of our readers complain about a different problem altogether. They would like their MacBooks to not go into the sleep mode while they are in the process of updating their machines. No screen saver or Mac screen getting dimmer.

If you are trying to find out a way to control the sleep, screen saver feature on your Macbook, look no further than your Terminal Utility! Since OS X, Apple added a command line tool for sleep prevention called caffeinate. This command alters your Mac’s sleep behavior, allowing you to control and prevent your Mac from going into the sleep mode. 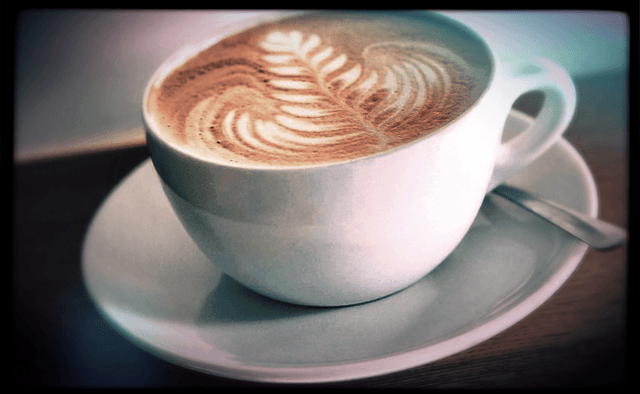 Want To Set A Specific Duration? Just Add a Timer!

Who knew that there were so many nuances around your Macbook’s sleeping habits? We hope that you found this quick Mac tip useful!