You are here: Home / Drafts / Troubleshooting a Disappearing Mouse Cursor on Mac

The issue of mouse disappearance is not uncommon for Mac or PC users, no matter what kind of operating system you are using. This can be truly aggravating since most computer users rely way more on mouse compared to the keyboard to navigate around.

Where Did Your Cursor go?

When you notice it happens the first time, you might see that the cursor has disappeared all of a sudden. However, if you try to moving it to the left and right-clicking or dragging the mouse around, you’ll see that the device functions are still working, with the cursor simply going invisible.

Disappearing mouse cursor often happens due to one reason: the lack of memory space. Running out of available memory is usually caused by heavy applications such as video editing software or browsers. These programs hog relatively a lot of RAM space to function properly.

Additionally, it turns out that users with multi-monitor setup are mostly the victim of the disappearing pointer/cursor. Keep in mind that multiple displays setup won’t directly affect your RAM space since the display is largely managed by your GPU hardware. Rather, multi-monitor users are known to often multi-task, e.g., opening 50 tabs of Chrome while editing video at the same time, thus use more memory than the average users.

To address the issue of disappearing mouse cursor, there are few troubleshooting methods that you can try.

This would be the simplest solution that you should initially try. By either moving the cursor around or right-clicking, you may instantly recognize the location of the lost cursor. In this case, the cursor didn’t actually disappear. Instead, it might be deliberately hidden by an application to increase visibility when the mouse is not used for a set period or if you are doing a specific kind of activity.

If moving or clicking the mouse around doesn’t work, switch the active app using the keyboard by hitting Command + Tab together. This method can fix the problem if the bug is related to only specific apps instead of the whole system. If this does work for you, consider updating your app or use a different one.

Check to see if the mouse hardware is working properly

If you have a wireless mouse, there may be something wrong with the connection or the battery. Reconnect the USB receiver, recharge the battery, or try to use a different mouse if possible. That way, you can be sure it’s not the hardware that acting up.

Mouse pads can also affect mouse movement, especially if you are using an optical mouse. If you have an uneven or colorful mouse pad, try to replace it with a more smooth and plain black surface—you can also try to remove the mouse pad altogether—to see if it introduces any difference.

Bring the cursor to the Dock

You might be confused about how you should move the cursor to the Dock—located at the bottom of your screen—if you can’t even see the cursor in the first place. However, you can drag your mouse or finger on the trackpad to the bottom, as if the cursor is there.

No matter where the cursor is supposed to be located, dragging it down would always make it reach the Dock. Once it is on the Dock, the pointer will most likely become visible.

Third-party features often come as the culprit behind bugs when using any kind of computer. If you install any third-party screensaver, try disabling it for once or use the default screensavers provided by Apple.

Force Quit menu is generally used as an ‘escape hatch’ for Mac users who encounter any problem with some apps that seemingly have no visible exit. To summon the Force Quit menu, hold the Command + Option + Escape key at the same time.

Just like its name, Force Quit make it possible for you to forcefully end an app operation. But, you don’t actually need to end anything. Often, simply bring up the Force Quit menu is sufficient to make the cursor reappear.

Sometimes, it’s not that the cursor disappears, but rather, it’s too small for you to notice it. To re-adjust the cursor size, follow these steps: 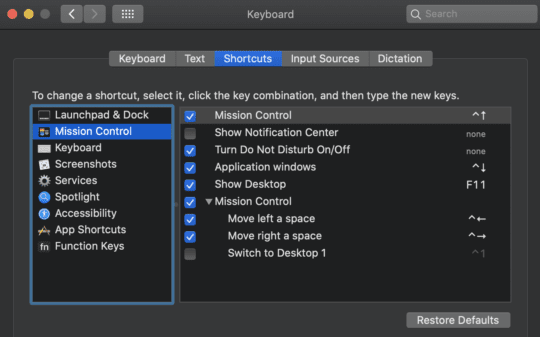 When in doubt, restart your computer. Rebooting has always been the go-to solution for any kind of problem you’re having with a device. Otherwise, these troubleshooting methods can help you solve the case of your missing mouse.