You are here: Home / How-to / How to use Siri to identify songs from over 100 countries 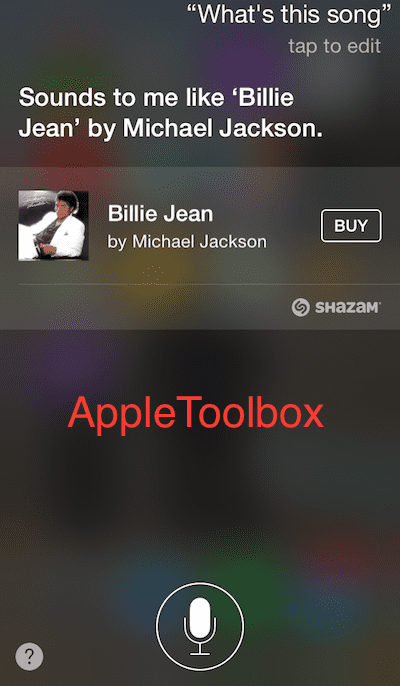 Users running iOS 8 (and later) on their iPhone, iPad or iPod touch can now find out what song is playing with Siri. Here is how:

1.Start playing the song you want to identify (a song on the same device such as iPhone / iPad or on a different device such as radio, TV, CD player etc).  Then ask Siri any of the following questions:

2.Then Siri will respond by saying:

3.It may take a few seconds for Siri to recognize the song. When Siri done, it will say something like “I can name that tune.” or “Ooh, I know this song!” If it is available, a link to purchase via iTunes will also appear.

One thing that really amazed me was that Siri can recognize songs in many languages, even though currently Siri is available only in the following languages:

I tested Turkish, Indian, Arabic, Portuguese songs and Siri successfully identified them all.