You are here: Home / iPhone / Siri or Voice Control randomly activates on iPhone 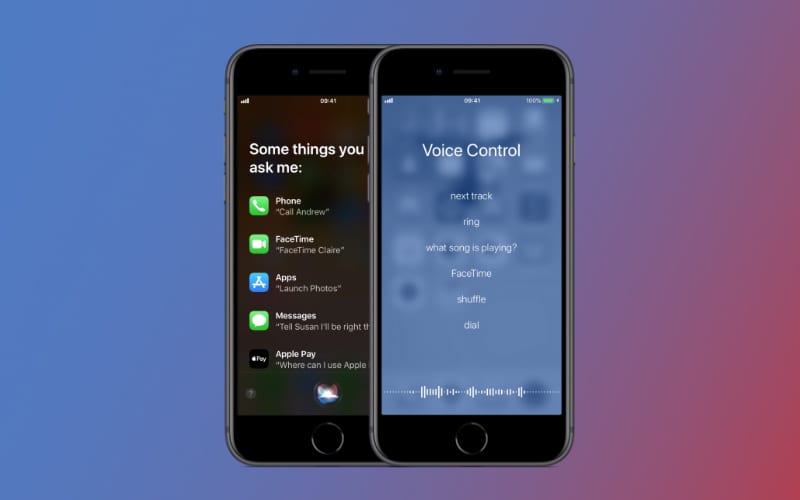 Beep-deep! Boop-doop! Do Siri and Voice Control keep popping up on your iPhone? Interrupting music, adding events to your calendar, trying to FaceTime France!? You aren’t the only one!

Many users have reported that Voice Control or Siri keeps popping up on their iPhone. This issue has affected numerous iPhone models going all the way back to the iPhone 3GS. It appears to happen most often while using headphones or moving around.

Whatever your situation, we’re here to help, so read on to learn how to fix it.

Use these tips if Siri or Voice Control keep activating on your iPhone:

What is Voice Control on the iPhone?

Voice Control is Siri’s older, dumber brother. Apple introduced it with iOS 3, back when the iPhone 3GS was an exciting new device. It lets users perform basic actions on their iPhone, like making phone calls or controlling music, using nothing but voice commands.

Voice Control lets you control music or phone your contacts — but not much else. It’s still built into the iOS on your iPhone, but Siri is the default voice assistant instead.

What’s the difference between Voice Control and Siri?

Voice control doesn’t need a data connection. That means you can use it anywhere in the world, regardless of your Wi-Fi or cell reception. Because of this, Voice Control also processes your speech locally — no data ever leaves your iPhone.

The downside is that Voice Control is dumber and less capable than its online counterpart. You need to use exact commands, and even then it often misunderstands.

Siri, on the other hand, takes full advantage of internet access to recognize a broader range of instructions for an equally broad range of tasks:

Siri is intelligent and learns as you use it, with Siri shortcuts adding even wider functionality. Meanwhile, Voice Control is as rigid and limited as ever.

How do I activate Voice Control on my iPhone?

You can choose to use Voice Control instead of Siri from your iPhone Settings.

To use Siri again, return to the Settings above and select Siri. You can’t have access to both Voice Control and Siri at the same time.

How do I turn off Voice Control on my iPhone?

If you don’t want to use Voice Control at all, you can turn it off using the settings below.

Why does Siri or Voice Control keep activating on my iPhone?

For some reason, your iPhone thinks you’re trying to activate Voice Control or Siri. This could be hardware or software related.

Perhaps the Side button or the Home button keep getting pressed down. Or maybe your iPhone keeps hearing something that sounds like “Hey Siri.” Or it could be that an error in your software makes the iPhone think one of those things is happening.

A hardware problem might cause the Side button or the Home button to keep triggering itself. There might also be a problem with your headphones or headphone port that makes Siri or Voice Control keep popping up.

These hardware issues are hard to fix without a professional repair or a replacement, which you can find out how to get below. Typically, you can resolve software or usage issues for free at home.

How do I stop Siri or Voice Control from always popping up?

One solution, which we already explained how to do, is to turn off Voice Control and Siri completely.

But that isn’t a good option if you still want to enjoy the benefits they provide. Siri and Voice Control can be very useful handsfree tools, after all!

Instead, follow our troubleshooting tips below to determine the cause of your issue and, hopefully, to resolve it as well.

1. Test your headphones and headphone port

It may only happen with certain headphones or headsets. Users have reported problems with a range of models, including Apple earpods, V-Moda Vibe Duos, Etymotics HF2 and others.

Even if you don’t use headphones, you should clean the headphone or lightning port on your device. Dirt could make it think you’re pressing a button on imaginary headphones.

Clean your headphone or lightning port:

Test your wireless headset or headphones:

Test your wired headset or headphones:

2. Deactivate Siri or Voice Control while your iPhone is locked

You probably aren’t trying to use your iPhone most of the time Siri or Voice Control randomly pop up. If that’s the case, you might benefit from blocking access to them while your iPhone is locked.

Block access to Siri and Voice Control while your iPhone is locked:

If you still want to use Siri or Voice Control while your iPhone is locked, but don’t want them coming up all the time, jump ahead to our last two troubleshooting steps.

3. Deactivate Siri or Voice Control on your iPhone entirely

Although there isn’t an obvious Off button for Siri and Voice Control, you can make it so they can’t be activated. Do this by turning off Side or Home button access for both services and disabling “Hey Siri.”

If the above tip didn’t work, you can block Siri using restrictions in the Screen Time settings.

This setting restricts access to Siri, but it also limits your ability to dictate text from the keyboard. You can still send voice messages, but you can’t automatically convert them to text.

5. Reboot, reset, and restore your iPhone

The above steps should totally deactivate Voice Control and Siri on your iPhone. But if you’re still having issues, or if you want to keep using Siri and Voice Control but need them working properly, you should reset your iOS software.

There are three levels of reset to try, each resulting in more data loss than the last. Before going any further, make a backup of your iPhone using iCloud or iTunes.

The first step is a simple reboot, closing all your open apps first. Then reset your settings. And finally, restore your iPhone to its factory settings. Be sure to find out if Siri or Voice Control still keep coming up after each step.

The next step should not erase content but will delete your settings and preferences.

Reset All Settings on your iPhone:

This final step will delete all the content from your iPhone — photos, videos, notes, etc. Do not restore your iPhone without making a backup first.

If Siri or Voice Control still keep popping up on your iPhone, you probably need a hardware repair. There could be a problem with your microphone, Home button, Side button, or another component in your iPhone.

Use Apple’s Get Support website to schedule an appointment with an authorized repair service. If your iPhone is less than a year old or covered by AppleCare+, you shouldn’t need to pay for the repair.

Siri and Voice Control can be incredibly useful features. Okay, mostly Siri — Voice Control can’t really do much. We hope these tips have helped you find a way to stop them from popping up randomly so you can truly make the most of your iPhone.