You are here: Home / News / What Is Apple’s Small Developer Assistance Fund?

We’ve all heard distant stories about some random developer creating an extremely basic game and making millions a month from it (looking at you, Flappy Bird). It seems like ages ago since a story went viral like that, and since then, we’ve seen a constant and significant influx of games and other apps on the App Store every day. Being an iOS developer is a legitimate career now, and app development is an extremely useful skill to have. If you haven’t heard of Apple’s Small Developer Assistance Fund, don’t worry. The company didn’t necessarily advertise it as it was made as a result of a class action lawsuit. If you’re interested in learning more about it, read on for more information. 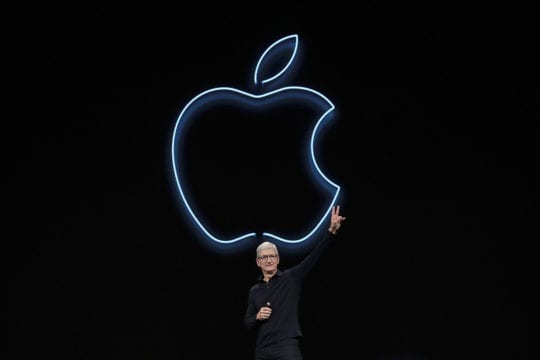 Apple’s Small Developer Assistance Fund is a $100 million settlement for U.S. developers who sold apps or in-app subscriptions between June 4, 2015 and April 26, 2021. This also only applied to those who earned $1 million or less through the App Store. The lawsuit came about as a group of developers claimed that Apple created an unfair market by taking excessive profits from developers and paying out unfair percentages.

It’s not surprising that Apple settled on the matter, as there have been multiple instances of the company practicing anti-consumer and pro-monopolistic policies. Unfortunately, to be a part of Apple’s Small Developer Assistance Fund, you would have had to join the class action lawsuit. Those who were active developers during that time would have received a notice via email about the lawsuit.

Some developers, both active and retired, received a pleasant surprise as they received sudden notifications from their banks and digital payment services that they’ve received money from Apple. One developer on Twitter posted a screenshot from his Venmo that he received a staggering $8,064.88 for the Cameron vs. Apple settlement. Of course, as with most lawsuits, since it took so long to resolve, many actually forgot about the funds. Not all developers got as much as he did, but conversely, some got much more. These payments started going out in late October, so perhaps there’s still some to go around. If you’re a developer, or were during those four years, then you may yet receive some money.

If you’re interested in becoming an iOS developer, here are a few essential tools you can utilize to learn how.

XCode is a product by Apple that allows you to create Swift applications for iOS devices. This tool is typically the first-choice option for most iOS developers, as you can use it for iPhone, iPad, Mac, Apple Watch, and Apple TV. As is the case with most Apple products, the design and user interface is sleek and easy to digest. There are plenty of drop downs and categories for you to expand on if you need help with organization. With this development tool, you can design and test graphical assets without having to write any code, which is amazing for newer developers trying to learn the craft.

Before you send your product to Apple for approval, it’s crucial that you can test the app in a practical scenario. Simulator, as the name suggests, allows you to replicate all iOS, macOS, etc. environments. This tool comes as an extension to Xcode, which is useful, as you can conduct all coding and testing in one spot. With Simulator, you can make necessary changes when reviewing how the app performs in a more practical environment. If you’re a visual learner, or someone who want to see exactly what changes you need, then Simulator is an essential app.

Once you’ve finished the coding process and want to start the upload process, Transporter can help you do that. All you have to do is drag and drop the content you wish to upload, and Transporter will handle the rest for you. You can even handle music, video content, and books throughout the various Apple platforms and services. You can keep record of all the content you upload, track data, and look for any bug reports for you to address.