You are here: Home / Mac / Why You Shouldn’t Buy the Base Model M2 MacBook Air

At the time of this writing, the 2022 MacBook Air powered by Apple’s M2 chip is due to be released on July 15th. Before that, the review embargo “dropped” allowing different publications to share their thoughts on Apple’s latest Mac. And for the most part, the Air has been showered with praise as Apple has brought the same design from the 2021 MacBook Pro lineup to its most popular Mac ever.

But alongside the MacBook Air and M2 announcement at WWDC ‘22, Apple also surprisingly introduced a “new” MacBook Pro. This model is also powered by the M2 chip but still features Apple’s last generational design, including the Touch Bar.

Learning About The M2 MacBook Pro

Shortly after the reviews were released, it was discovered that there’s a bit of a performance hit when it comes to the 2022 MacBook Pro. And it only applies to the base model configuration which includes the following:

A video published by Max Yuryev on the Max Tech YouTube channel discovered a “flaw” in the read/write speeds of the SSD. This is found when comparing the M2 MacBook Pro to the M1 MacBook Pro, providing the following results:

As you can see from the list above, the M2 MacBook Pro with a 256GB SSD is significantly slower than the one found in the M1 MacBook Pro. Digging a bit further, the video then reveals that when disassembled, the reason for the difference is that Apple is actually using a different SSD this time around.

This has since been corroborated by different outlets, all proving that Apple is using a different SSD with the 2022 MacBook Pro than the 2021 model. But why does this matter? As the Max Tech video shows, the 2021 MacBook Pro’s 256GB of storage is comprised of two NAND flash storage chips, each measuring 128GB. Meanwhile, the 2022 model uses just a single 256GB NAND flash storage chip.

Using two NAND flash storage chips as opposed to just one is important, when OEMs use multiple NAND chips, they perform faster as they can be run parallel. Naturally, this means that Apple’s decision to use just one NAND storage chip with the 2022 MacBook Pro results in slower SSD read and write speeds.

What Does This Have To Do With The MacBook Air? 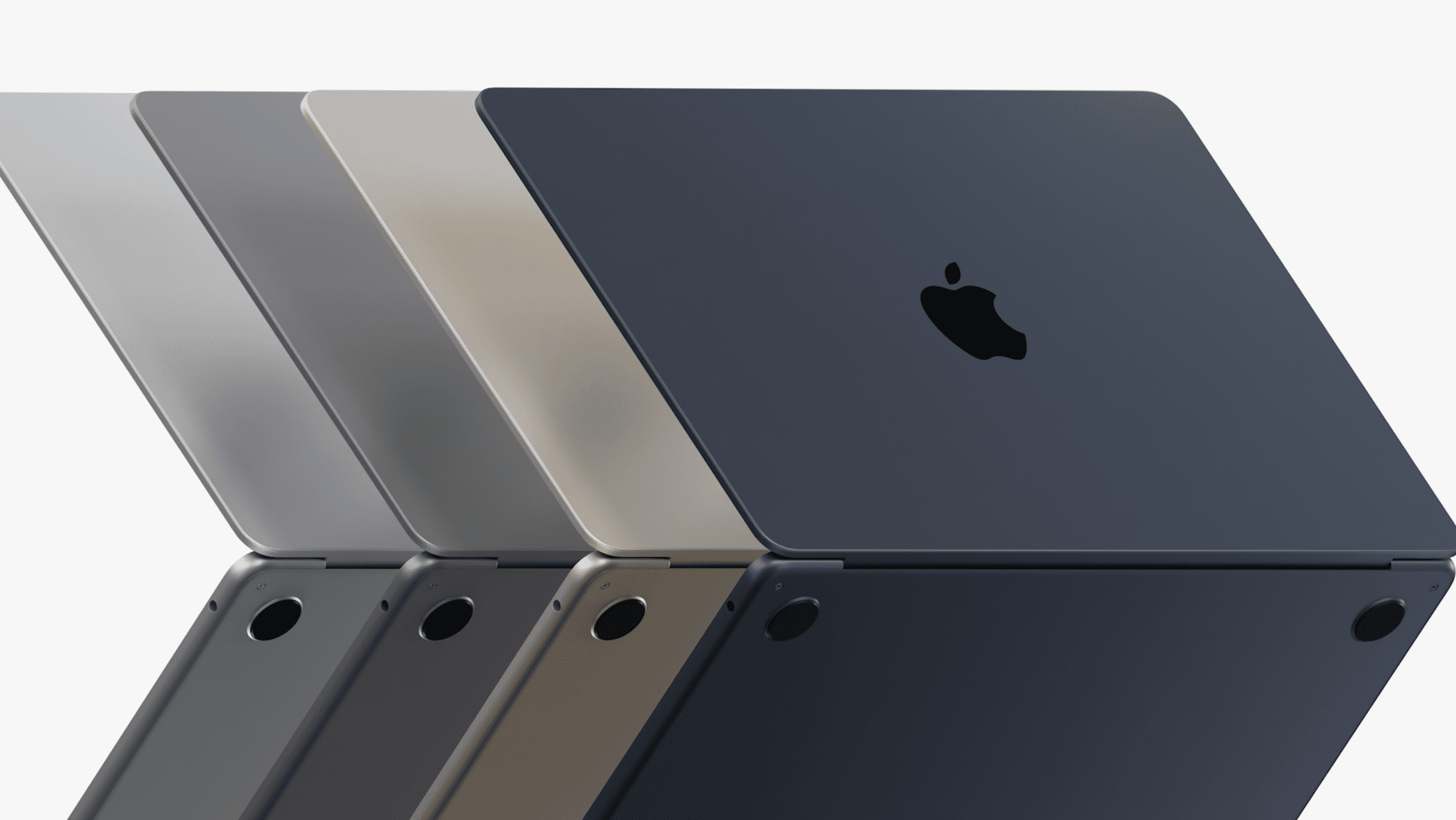 So what does any of this have to do with the 2022 MacBook Air? Well, it seems that Apple is sticking with the decision to use a single 256GB NAND flash storage chip with the MacBook Air. It’s likely the same one that is being used in the MacBook Pro, resulting in lower read and write speeds.

While writing his review for The Verge, Dan Seifert reached out to Apple for confirmation as to what kind of storage was being used. Not only did the company confirm that the 2022 MacBook Air is using a single 256GB chip, but it also provided the following statement:

“Thanks to the performance increases of M2, the new MacBook Air, and the 13-inch MacBook Pro are incredibly fast, even compared to Mac laptops with the powerful M1 chip. These new systems use a new higher density NAND that delivers 256GB storage using a single chip. While benchmarks of the 256GB SSD may show a difference compared to the previous generation, the performance of these M2 based systems for real world activities are even faster.”

Overall, the performance of the M2 MacBook Air seems to be a better experience than its predecessor. However, with the decision to use a different type of storage chip, Apple might be holding its most popular Mac back a bit.

The base configuration of the 2022 M2 MacBook Air is slightly different from the 2022 MacBook Pro:

But the Air comes in at $100 cheaper than the 2022 Pro, likely due to the fact that it uses an 8-core GPU as opposed to the 10-core GPU in the Pro. Unfortunately, if you truly want the best performance out of a MacBook Air for as cheap as possible, you’ll need to increase the storage to 512GB.

Which MacBook Air Should You Buy?

This configuration with the larger storage capacity means that you’re getting dual 256GB NAND flash storage chips, as opposed to just one. It provides faster read and write speeds, something that is definitely important when it comes to things like RAM swap on the Mac. However, the next question you should ask is whether you should just pay the extra $100 to get the following configuration:

You won’t see an increase in RAM, but storage speeds will be much faster, and the two additional GPU cores will be unlocked.

Chances are that not everyone will even notice a difference, especially if you’re coming from an Intel-powered machine. However, those who were considering upgrading from an M1 MacBook Air to an M2 MacBook Air might want to think twice. Unless, of course, you’re willing to shell out a few extra hundred dollars.