Along with all of the changes coming to Apple’s various software platforms, the company surprised everyone during the WWDC ’22 Keynote. In addition to introducing the all-new M2 chip, Apple also showcased the first two devices that will be powered by this processor. These include the 2022 MacBook Air and the 2022 MacBook Pro.

It appears as though the embargo period has lifted, as the 2022 MacBook Pro reviews have started rolling out. While we have yet to get one in our own hands just yet, we’ve rounded up some of the highlights to help provide some insight as to whether you should pick one up.

“But, if you’re not on a deadline, then the MacBook Air is coming. And, well, that’s a whole thing we’re going to have to sort out. It’s going to bring a number of benefits that the Pro doesn’t have. It may also have some drawbacks — but we don’t know yet what those are. I can see this being a good purchase for some people if the MacBook Air’s cards fall in a few very specific ways.”

“The M2 chip is impressive in the new 13-inch MacBook Pro, offering more power and performance than ever before, but you will have to deal with an older design.”

“Cost-conscious media producers, developers, graphic artists, and other users who want speed on a budget will get what they need from the 13-inch MacBook Pro–but they’ll still be better off picking a different model.”

“There’s no shame in buying this laptop, but the reasons to choose it over another modern Apple laptop are vanishingly slim. It’s got better battery life than the M2 MacBook Air (which ships next month), and its integrated cooling fan means that the MacBook Pro will be able to keep up sustained graphics performance without any throttling. However, I am skeptical about how much that matters: the M-series chips are so efficient that it would take a prolonged assault on all the GPU cores to make an uncooled processor throttle. If you’re someone who maxes out your GPU for prolonged periods of time and can’t afford a 14-inch MacBook Pro, this laptop is a better choice than the Air.”

“If you just need a good, new laptop, wait for the upcoming MacBook Air. You get a slightly larger, more modern-looking screen, a better webcam, nicer speakers, and a fast-charging support, all in an overall lighter package (and fun colors!). This MacBook Pro remains an awkward middle child and doesn’t bring nearly enough to the table to be worth your while.”

“If you’re used to the performance of a MacBook Pro and intend to do processor-intensive tasks involving video and imaging, the MacBook Pro 13-inch is the real deal and terrific value.”

“The 2022 13-inch MacBook Pro is a very good portable computer in a vacuum, but as I said at the top, it’s in a weird, tough spot. I think most average consumers who don’t need to do intensive creative tasks are better off buying the MacBook Air because it’s $100 cheaper, has a newer design with a better display/speakers, and still gives identical performance as the Pro the overwhelming majority of the time (for that group of average users).” 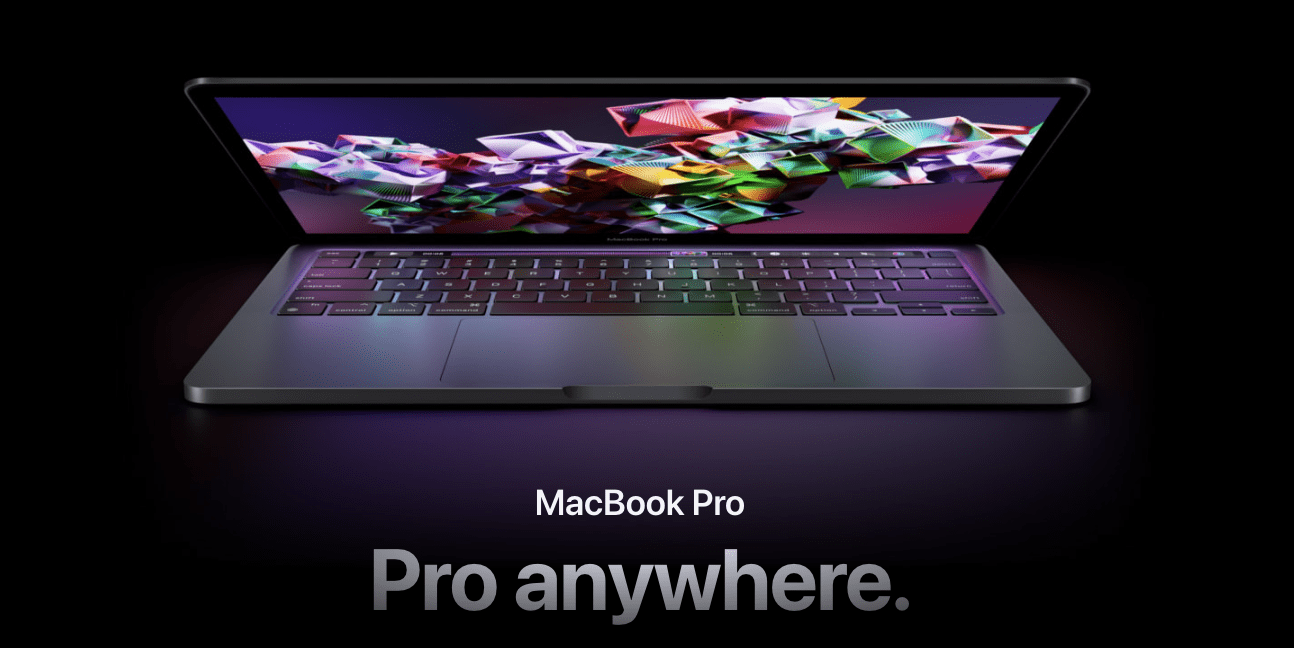 The 2022 MacBook Pro is a rather interesting, and honestly surprising, offering in Apple’s lineup. As noted by Jason Snell in his review for Six Colors, this is going to be great for those who still want a Mac with a touch bar, or want better battery life. But with the 2022 MacBook Air set to hit store shelves in the next couple of weeks, should you really buy one yet?

If possible, we would heed the advice given by many of these reviews and wait until the 2022 MacBook Air is released. Not only is the starting price lower, but it also features an improved display, a fan-less design, and despite sporting a notch, a better webcam.

But it’s also clear that regardless of whether you care about the design, there’s plenty of power found in the M2 chip. The “Pro” moniker still fits here, as the built-in fans offer sustained performance for a longer period of time for intensive tasks.

What These Reviews Really Tell Us 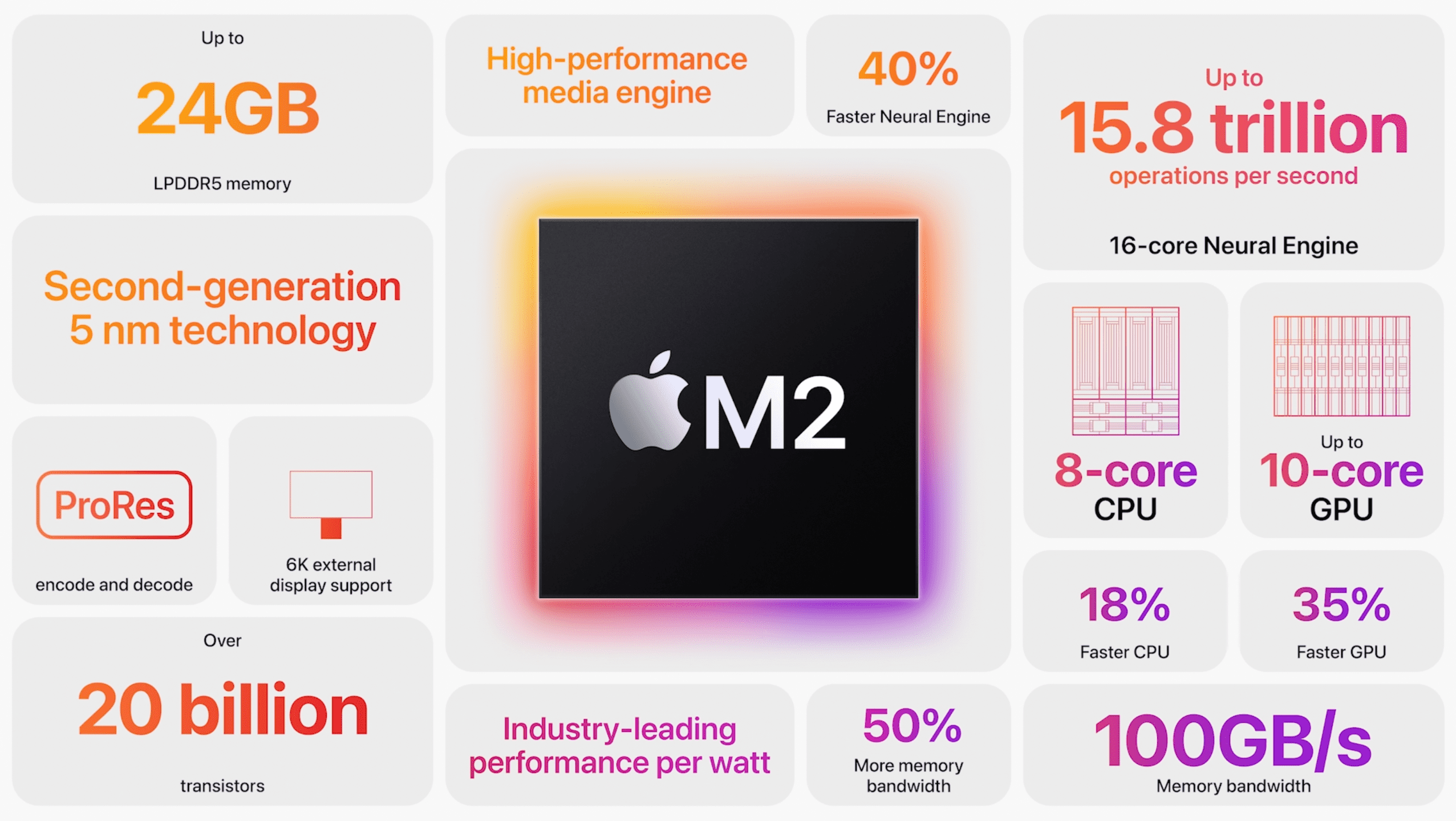 Putting it simply, it’s really a mind-boggling decision for Apple to put its new flagship chip into a design that’s going on six years old. But there’s clearly a reason behind Apple’s decision, and it could simply be to try to appease a wider audience. There are some that don’t like the design of the 14-inch and 16-inch MacBook Pro models. There are an even smaller group of people that still want a Mac with the touch bar, while still being able to enjoy the latest and greatest processor.

But what these reviews really tell us is that we should be excited for the M2 family of processors. The 2022 MacBook Air will likely end up as one of the best laptops of the year, but it could end up being constrained due to the ongoing chip shortage issues. Having another option to offer in the lineup, that’s still powered by the M2 chip, gives Apple customers an alternative option.

These reviews also give us a look at what we can expect from an M2-powered Mac. And one that isn’t constrained by a fan-less design. The M2 isn’t going to be more powerful than the M1 Pro, M1 Max, or M1 Ultra chips, and that’s just fine. We’re going to end up with successors to those chips later in the year and into 2023. Apple’s just taking this time to flex its muscles a bit and let Intel and AMD know that Apple Silicon is here to stay.