You are here: Home / iPhone / Your guide to setting up and managing shared lists in iOS 13’s new Reminders app 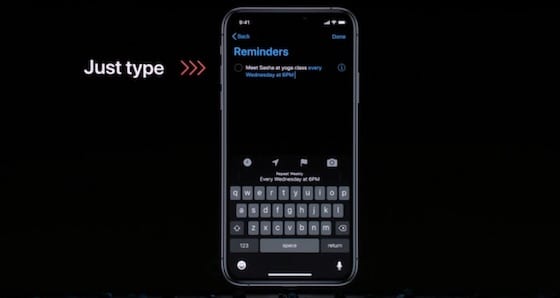 Apple’s Reminders app has always been a great tool for managing to-do lists and tasks. But Apple has given the app an overhaul in iOS 13 that should make it even more useful and powerful.

Specifically, we’ll be taking a look at some of the “social” features baked into the Reminders app in iOS 13 — such as sharing lists and reminder integration with Messages. Not all of these features are new to iOS 13, but they do work hand-in-hand to make Reminders a much more capable task management tool.

Reminders has long supported the ability to share lists with people in your contacts. That way, everyone added to a shared list can then see various tasks on it and even add their own. It’s a handy way to manage grocery lists and to-do lists among families or work colleagues.

The feature hasn’t changed in iOS 13, but there is a new way of accessing it. Here’s how to add people to a shared list in the new software update.

Once a person has accepted the invitation to be added to a particular list in Reminders, they can start adding, editing or removing entries from that list.

On the other hand, only the list owner can actually add or remove other people from a list. It’s also worth noting that you can add as many people as youy’d like to a shared list — making it a great option for creating family to-do lists.

Removing someone from Reminders is pretty much just as easy as adding them.

A note about Reminders in iOS 13

It’s worth noting that there’s a particular quirk to the new Reminders app and sharing in iOS 13.

In previous versions of iOS, you could share a list with just about anyone in your contacts list. They didn’t need to have a iPhone or iPad even — as long as they had an active iCloud account, they could accept the invitation and be added to the list.

But if you’re running the latest iOS 13 beta, it appears that the new Reminders app will only let you add people who are also running iOS 13.

On a related note to sharing reminders, Apple has updated the Reminders app to work perfectly in conjunction with the Messages app. Let us explain.

For one, you can now add a person from your contacts list to a reminder. When you do, iOS can send you a notification reminding you about that particular reminder the next time you’re texting that person.

In practice, that’s extremely handy. Say you need to ask Bob for gas money the next time you text him. If you tag Bob in a reminder in iOS 13, the system will nudge you the next time you’re actively having a conversation with them.

To set up the feature, just do the following.

Alongside this integration, iOS will now detect potential reminders within messaging threads. That should allow you to easily add reminders to your Reminders app with just a tap.

We hope you find these tips helpful. What are some of the new iOS 13 features that you are looking forward to? Please let us know in the comments below.