You are here: Home / iPad / 4 Features That Might Disappear from iPhone and Mac Forever

Apple has evolved greatly over the years, from focusing on consumer computers in the 90s and 00s to becoming a tech powerhouse with its tendrils in various niches. Someone who used the older iPhone models would probably be shocked to see what they’ve become today – can you imagine now having the ability to charge your phone while having headphones plugged in? Of course, smartphones back then were much clunkier and not as advanced in general. Year after year, iPhone after iPhone, we see multiple changes across the board and can enjoy better features that make our lives easier. Read on below to find out which features will disappear from iPhone and Mac.

What Features Will Disappear from iPhone and Mac?

Here are four features that will disappear from iPhone and Mac. Say goodbye and make way for new and improved hardware that we can enjoy for years to come! 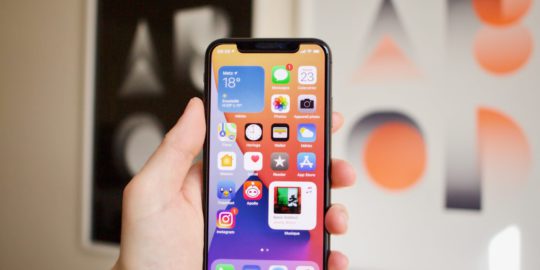 We’ve all seen it happen before our very eyes – Apple removed the headphone jack, and the community was in an uproar. We haven’t had a headphone jack in iPhones since the 7, and the iPad 9 was the last model to have a headphone jack, too. That means that the MacBook is the last Apple product to have a headphone jack, which is a bit more understandable. For example, pro audio engineers might need to plug in expensive gear in order to hear certain frequencies better, which would require a jack. It’s hard to predict when exactly it’ll disappear from future Mac redesigns, but we have a strong instinct that it will happen one day. Apple has been hellbent on removing unnecessary wires from its designs, and it only makes sense for the company to remove the headphone jack in future Mac generations.

You may have heard about the EU Law mandating Apple to implement USB-C charging instead of the current Lightning cable. When asked for a response, Apple’s VP of worldwide marketing replied with a rather annoyed response, claiming that the company would obviously have to adhere to laws, and made the insinuation that it’s not up to Apple. Of course, this is actually great news for consumers. You don’t need to buy a special charger that’s extremely overpriced, and you can use one USB-C charger for multiple products, reducing tech waste. Unfortunately, this only applies to EU residents, but we’re hopeful that this may transition to the US market too. Perhaps Apple should become proactive and volunteer to make products worldwide use USB-C cables.

Continuing the wireless trend Apple has been obsessed with, we come to ethernet cables. For PCs, an ethernet connection still remains one of the most reliable and high-speed ways to connect to the internet. Apple seems to reject this idea and promote WiFi connectivity more. To be fair, the company has been working on making WiFi the primary form of connection ever since 1999 with the iBook’s AirPort Wireless WiFi Card. The new Apple TV 4K requires you to buy a slightly more expensive model ($149 instead of $129) if you want the ethernet cable. New iMacs are so thin that Apple put the ethernet cable on the power adapter instead of the body. And we haven’t had an ethernet cable on MacBooks or MacBook Pros for years now. This is all good assuming individuals have great WiFi connections, but unfortunately, not everyone has that luxury yet.