For years, Apple and Google had a partnership to bring Google’s Maps services to the masses of people using iOS. Things ended up not going too well in that partnership, which left Apple to turns some of its focus to creating a new Maps service and application.

Over the years, the Maps app has seen its ups and downs, but it’s actually turned into a pretty decent option. So much to the point that I have removed Google Maps from my phone just because it doesn’t integrate with the other Apple services as well. One of the new great things about Apple Maps is the fact that you can get ETA notifications on your iPhone and Apple Watch.

Where are these ETA notifications coming from?

Ever since Apple’s partnership with Google for its Maps services ended, the venture into the Maps world has been bumpy. In my personal experience, it seems that Apple has finally gotten over many previously-frustrating hurdles, but it’s actual quite useful.

Over time, Maps learns what your routines are, so that it can give you a quick notification of how long it should take to get to your destination. This may be every morning before you head to work, or at the end of the day when you’re ready to hit the gym. For those who have traffic to deal with, this can be extremely useful. But with more and more folks working from home, these notifications are nothing but annoying.

There is a way to disable these notifications from popping up on your iPhone and Apple Watch, but it’s not where you would think. Instead of making this an top-level option in the Notification settings for either device, Apple has buried the toggle deep in Privacy settings. This is for good reasons, but can be annoying or frustrating if you don’t know where to look for it.

Here’s how to disable those unwanted ETA notifications: 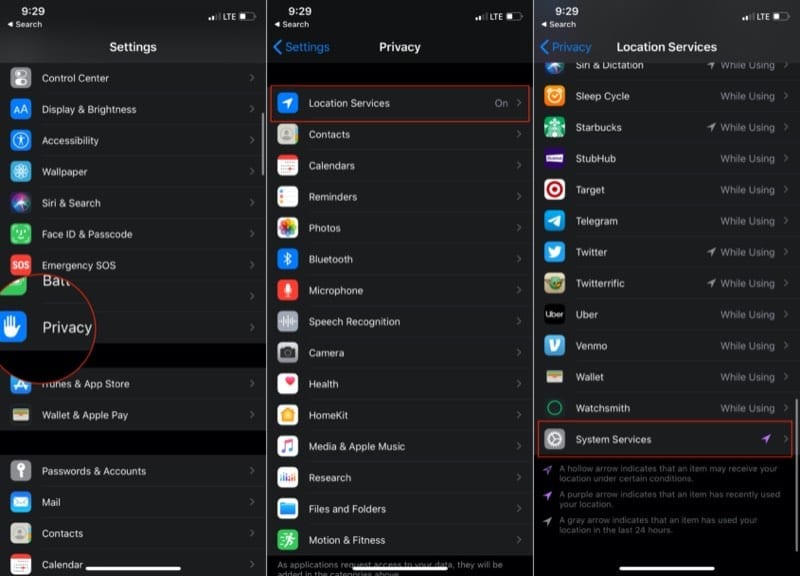 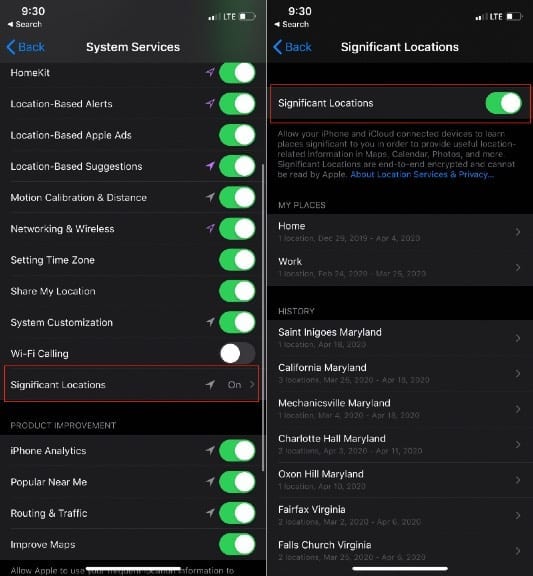 For those who have not updated to iOS 13 for one reason or another, you can still disable unwanted ETA notifications. Follow the same steps above, but instead of Significant Locations, the necessary toggles will be under Frequent Locations. Toggle it off, and the notifications will halt completely.

While Apple Maps has gone leaps and bounds above expectations and actually a solid Maps service, there are still some features that it lacks. That’s why many folks lean on Google Maps as it already has all the necessary information it might need, provided that you have an actively-used Google/Gmail account.

One facet that Google is ahead of Apple in is AR navigation. Live View uses your iPhone’s camera and superimposes directions into the real-world environment. This means you don’t have to keep staring down at your phone just to see where the next turn is. Apple is working on improved AR navigation features, but Google is just slightly ahead for the time being.

Google Maps as an app is still a fantastic option, and you don’t have to worry about unwanted ETA notifications from Apple Maps. In fact, if you download Google’s option, you can remove Apple’s app from your iPhone or Apple Watch altogether.

We are excited to see what’s to come to Apple Maps in the future, especially in the world of Augmented Reality. If you want to give this a shot, just download Google Maps and try out its Live View functionality right on your phone. Provided that your phone is updated to the latest version and supports ARKit/ARCore, then you’ll be able to feel like you’re living in the future.

As for those pesky unwanted ETA notifications from Apple Maps, let us know if you run into any issues disabling them. We’ll be more than happy to help!