You are here: Home / iPhone / Here’s how long the iPhone 11 and iPhone 11 Pro batteries actually last 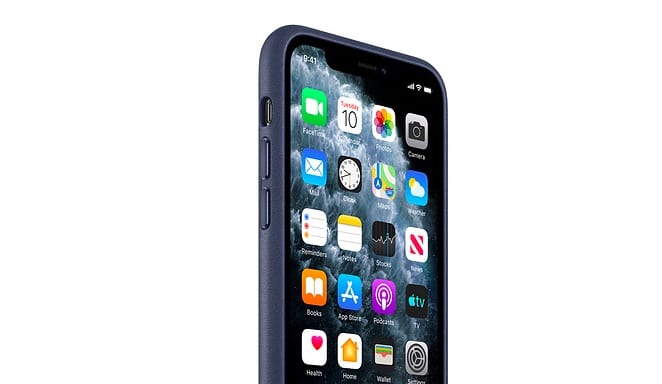 Apple’s new iPhones pack some serious upgrades in the battery department. But just how long do the new iPhone 11 and iPhone 11 Pro batteries last?

It can be tough to tell, especially since Apple has taken to comparing its new batteries to previous generations. The iPhone 11 Pro, for example, “lasts four hours longer” than the iPhone XS. But if you don’t own an iPhone XS, you won’t know what that means.

We’ll save you form having to do any additional digging or additional math. Here’s what you need to know about how long the new batteries last.

While Apple used comparison statistics during its September keynote and in most of its marketing material, the company has revealed more objective specifications — they’re just a bit buried in the iPhones’ Tech Specs page.

Similarly, Apple doesn’t release the battery capacities of its devices. But we can glean their capacities form supply chain insiders and regulatory filings.

Here’s how they break down.

Those are pretty hefty batteries, especially for iPhones. And, in fact, Apple has actually made its 2019 devices slightly thicker and heavier to fit those batteries.

The battery life estimates also take into account Apple’s power management. In a recent interview with WIRED, Apple’s chief chip engineer revealed that the A13 Bionic uses machine learning to optimize power efficiency in the latest iPhones. That means better battery life without any sacrifice in performance.

Of course, batteries capacities won’t mean much to many consumers and specifications really only tell one part of the story. You don’t actually go around listening to music for 65 hours straight, for example.

Luckily, a slew of early reviewers from major media outlets took a deeper dive into the battery life of the iPhone 11, iPhone 11 Pro and iPhone 11 Pro Max. The results are pretty promising for users who care about battery life.

For example, the iPhone 11 Pro consistently lasted around 12 to 14 hours in normal day-to-day usage during The Verge’s test. That’s a significant bump than the previous iPhone, and The Verge notes that it’s better than most current Android flagships.

The iPhone 11 Pro saw similar battery life gains, with Engadget finding their test model to last about 12 hours per charge in normal usage. Again, that’s pretty much all day battery life and a huge bump from the previous generation.

By comparison, the standard LCD iPhone 11 saw much more modest improvements. Apple says that device lasts 1 hour longer than the iPhone XR — but it’s worth noting that the iPhone XR already had the best battery life of any previous iPhone.

To be clear, battery life is largely dependent on how you use your iPhone. Because of that, your own mileage may vary. Similarly, lithium-ion batteries will naturally degrade over time, meaning that these battery life statistics aren’t permanent.