You are here: Home / iPhone / 13 settings you should change in iOS 13 or iPadOS

Whether you’re considering updating to iOS 13 or you’ve already downloaded it, there are a number of settings you should consider changing as soon as the update is installed on your iPhone.

To be clear, these aren’t all critical changes. But they could go a long way toward making your device more secure, more stable and easier to use. Here are 13 things to change after you’ve downloaded iOS 13.

One of the most significant new features in iOS 13 and iPadOS is the addition of a systemwide dark mode. Because of that, it’s probably safe to say that you’d like to try it out as soon as you download iOS 13 on your device.

You can do that right from the Control Center. Just access your Control Center and 3D Touch or long press on the brightness slider. From there, you can turn on Dark Mode using the Appearance toggle. It’s also worth noting that there’s the option to automatically darken or dim your wallpaper when Dark Mode is enabled. Just go to Settings —> Wallpaper and tap the toggle next to Dark Appearance Dims Wallpaper.

Spam and robocalls got you down? While governments and carriers are taking action, many Americans still receive way too many spam calls. Until some serious change happens, the problem is only going to be worse. But Apple has a solution in iOS 13.

It’s called Silence Unknown Callers, as we’ve previously covered. It does basically what it says on the tin — it sends all calls from unknown numbers to voicemail without ringing your device. It’s disabled by default, but you can enable it by going to Settings —> Phone —> Call Silencing and Blocked Contacts. 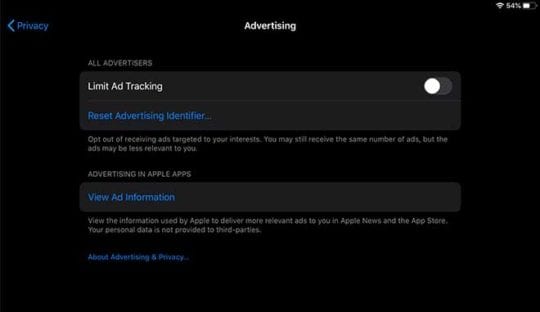 Some people take their online privacy more seriously than others. But whether you do, there are a lot of marketing firms and data harvesters gathering a plethora of data on you. Luckily, Apple has a setting that can help limit this data collection.

Just go to Settings —> Privacy and scroll down and tap on Advertising. Make sure the goggle next to Limit Ad Tracking is enabled (it’s off by default). This mitigates a lot of data collection tactics, meaning the ads that you see won’t be as targeted. You will still see the same number of ads, however.

10. Take care of your hearing health 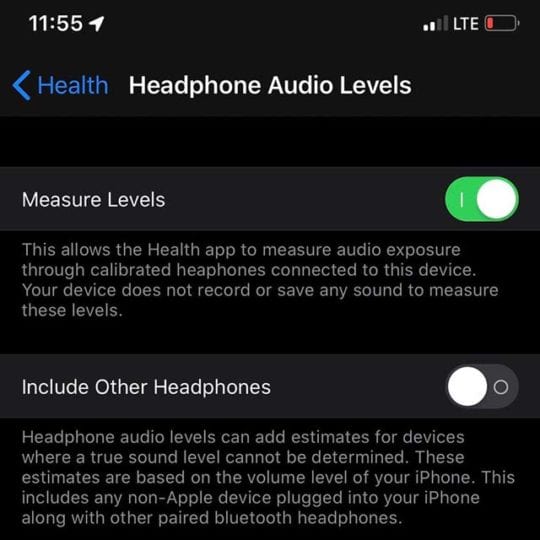 Back at WWDC ’19, Apple debuted a major new health feature for watchOS 6. Essentially, the feature scans your ambient environment for dangerous noise levels and alerts you to that fact.

What Apple didn’t cover is that there’s a similar feature for listening to headphones on an iPhone. By default, it’s only enabled for Bluetooth audio devices — but you can change that to include the audio levels wired headphones. Just go to Settings —> Health —> Headphone Audio Levels.

If you aren’t using Apple Shortcuts, you should start. It’s one of the simplest ways to squeeze a lot more capability out of your device. And in iOS 13, Shortcuts is now baked-in. But some of the best shortcuts are created by third-party creators.

That hasn’t been a problem in past versions of iOS, but in iOS 13, Apple added a security feature that blocks any shortcut downloaded outside of the official gallery. You can turn this off by going to Settings —> Shortcuts and hitting the toggle next to Allow Untrusted Shortcuts. Just make sure to only download shortcuts from creators you trust.

Apple made a big deal about iPad multitasking in iOS 13, but not every user likes the multitasking features. One particular example is picture-in-picture. Sometimes, you just want a video to stop playing when you head back to the Home screen. You can disable PiP by going to Settings —> General —> Multitasking & Dock and hitting the toggle next to it.

Gesture-based controls can also get in the way of some apps. The author, for example, has run into problems playing keyboard instruments in GarageBand using three fingers. You can disable gesture-based controls (even temporarily) by switching Gestures off in the Multitasking & Dock menu.

A picture is just a picture, right? On the contrary, images you take with your iPhone or other cameras actually include a lot of metadata. That metadata can actually jeopardize your privacy and security, since it usually contains the exact location that you snapped your image.

Most sites scrub these location data, but not all do. That’s likely why Apple has given users the option to scrub location data from photos when sharing them. The next time you share a photo, just tap on the Options in the Share sheet (underneath the number of pictures you selected). Then, tap the toggle next to Location to scrub the data. 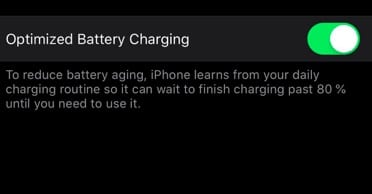 Apple’s new Optimized Battery Charging feature is supposed to increase the longevity of your device’s battery with some clever machine learning. If you’re curious about how it works, you can take a look at our old coverage.

On the other hand, many users reported overheating and rapid battery drain during the iOS 13 beta testing process. Apple may have ironed that kink, but if you notice either of those symptoms, it may be smarter to disable it. You can do that by going to Settings —> Battery —> Optimized Battery Charging.

5. Switch back to mobile sites 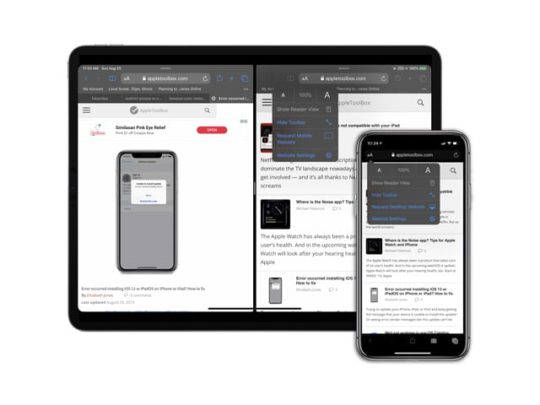 In iPadOS, Apple revamped the way that the iPad version of Safari treats webpages. Unlike its iOS 13 counterpart, iPadOS will automatically request the desktop versions of websites. That’s great for a full-fledged PC replacement experience, but it can cause some problems on the mobile operating system.

Luckily, you can edit this behavior. Just follow our previous guide on iPadOS’s desktop Safari mode.

4. Disable the title text in Notes 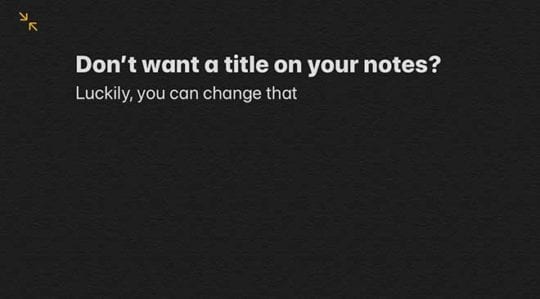 If you’ve just downloaded iOS 13, try this out: open Notes, create a new note and start typing. If your experience is like most of the reports we’ve seen, Notes will automatically register the first text you input as the note’s title. This appears to be a change made by default in iOS 13.

That could make some sense for organizational users, but many users just want to jot down a quick idea and worry about the organization later. Luckily, you can disable this behaivor. Open Settings and navigate to Notes. Then, tap on New Notes Start With and change it to body. 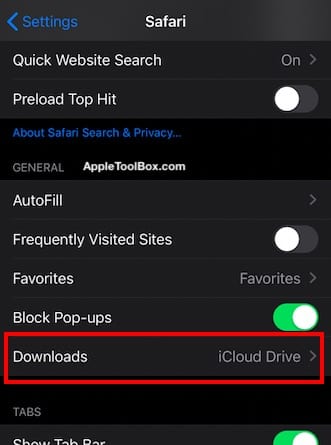 iOS 13 and iPadOS both introduced the ability to store files locally on your device, as well as a download and file manager. But, by default, downloads from Safari and other apps will still automatically go to your iCloud Drive.

You can edit that behavior on both iPhone and iPad by going to Settings —> Safari —> Downloads. For more information on the new download manager baked into Safari, you can read our previous article on the topic. 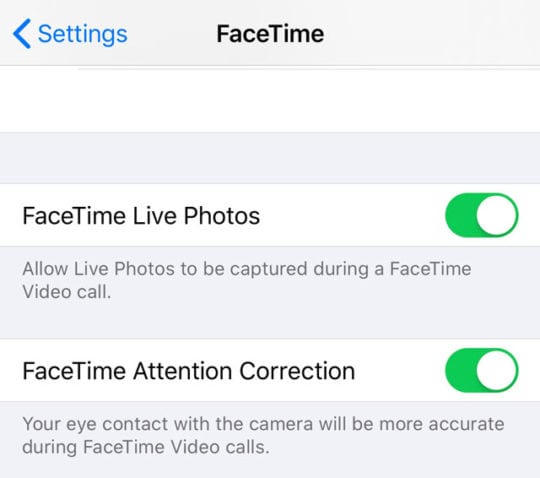 During its beta testing phase, Apple added an interesting new feature to iOS 13 called FaceTime Attention Correction. That’s a pretty vague title, but the feature essentially uses ARKit to magically make a user’s eyes look like they’re staring at you instead of at the camera.

That’s a pretty cool feature, but it may creep some users out. It’s not currently clear if Apple has enabled it by default in iOS 13. In any case, you can turn the feature on and off by going to Settings —> FaceTime and hitting the toggle next to FaceTime Attention Correction.

Over iOS 13’s beta testing period, Apple did something extremely unusual: it released the first beta of iOS 13.1 before iOS 13 was even released. According to chatter on social media, this may be due to several reasons ranging from import tariffs to features that just aren’t ready for iOS 13’s GM yet.

In other words, iOS 13 may not be as stable or feature-rich as we originally anticipated. Because of that, it’s strongly recommended that you update to iOS 13.1 as soon as it’s released. Better yet, head over to Settings —> General —> Software Update and switch Automatic Updates to On.

Are you excited about the new iOS 13? We want to hear from you. Are there some favorite features that stand out for you?