You are here: Home / iPad / Get a desktop-like browsing experience in the new iPadOS version of Safari 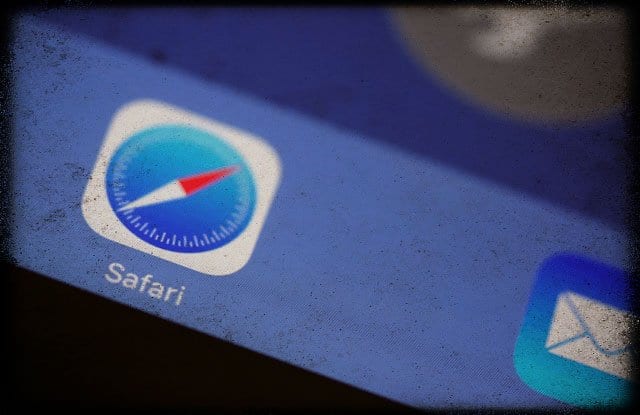 The iOS version of Safari has always been a mobile browser. That’s great for smartphones, but it isn’t the best for a tablet or hybrid experience like the iPad. That’s now fixed that in the new iPadOS software update.

Apple has made several significant changes to the way Safari on iPadOS works. In a nutshell, they all allow you to have much more of a desktop-like browsing experience on your iPad. That’s a big deal, so here are all of the refinements you can expect.

That’s because Safari will now identify itself as a desktop browser to web servers. Essentially, that should mean that every website you visit will automatically show the desktop, rather than mobile, version.

It sounds like a small and basic change — and it is. But it means a completely different browsing experience for users.

For one, it eliminates one of the barriers from using an iPad as a computer replacement. Open up Gmail, Facebook or YouTube in iPadOS Safari and you’ll see the same exact sites that you would if you opened them in a Mac.

Apple has optimized its Safari inputs to touch. That means you’ll be able to access all site elements with your finger like you would a mouse (and with a new accessibility feature in iPadOS, you can actually use a mouse).

Lastly, instead of needing to explicitly “Request Desktop Website,” iPad users will do the opposite if they choose.

A slew of new Safari keyboard shortcuts on iPadOS

As long as you have an external keyboard connected to your iPad, you’ll be able to take advantage of the keyboard shortcuts. That goes for Apple’s own Smart Keyboards, as well as various third-party Bluetooth and wired options.

Like on macOS, the keyboard shortcuts will easily allow users to navigate webpages, access certain functions, or just open a new tab really quickly. Some of them rely purely on keys, while others combine keys with screen taps.

While Apple says there are more than 30 keyboard shortcuts to use in Safari on iPadOS, here’s just a sampling to get you started.

The lack of a download manager and mediocre support for locally stored data are two things that have been seriously hampering the iPad from becomign a laptop replacement. That’s no longer the case in iPadOS.

In practice, the manager means you can more easily save various file types to your iPad without needing to work with the Share sheet. Just download a file and it’ll head straight to the Downloads folder.

By default, iPadOS will send files to the Downloads folder, which is actually just a folder in iCloud Drive.

But you can actually edit where downloaded files end up. Just go to Settings —> Safari —> Downloads and you’ll see an option to save downloaded files “On My iPad.” From here, you can create and edit a new folder to keep your downloads.

The previous three improvements are the big features that should allow the iPad — and the Safari app — to become a lot better for productivity. But there are other, smaller refinements of the iPad version of Safari.

For example, the Safari toolbar has been tweaked slightly with some handy options. There’s the aforementioned Download Manager icon, as well as a text icon in the URL bar that will let you adjust the size of text on a website.

If you often upload photos to websites or other platforms using your iPad, you’ll be happy to know that Safari now has a baked-in option that lets users resize photos to Small, Medium, Large or Actual Size. Yes, it’s the same submenu that pops up when you send an image via Mail.

Some improvements aren’t strictly Safari-based, but will significantly enhance how you use the browser.

It keeps getting mentioned in iPadOS coverage, but the ability to have two instances of the same app open side-by-side is a major change. For Safari users, it means you could have one Safari window open to Google Docs right next to another Safari window with research material. That’s basically groundbreaking for the tablet.

What are some of the key iPadOS features you are looking forward to?