You are here: Home / How-to / How to listen to your own MP3s using Spotify on iOS 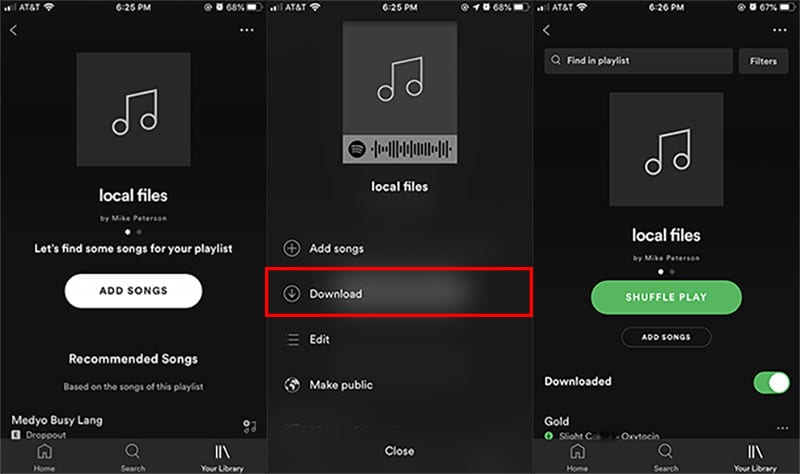 Apple Music makes it pretty easy to play your local media on your iOS devices. But can you play your own MP3s and other local files with Spotify?

While MP3s may feel like a thing of the past, there are still plenty of users out there who want to play their MP3s on their mobile devices. At first glance, it may seem like playing your own local media isn’t possible on Spotify. But there is, in fact, a way to do it. It isn’t the simplest or most elegant solution, but it works.

Here’s how to do it.

How to play local files on Spotify for macOS and PC

Before you get to playing local media files on your iOS devices, you’ll actually need to add them to your library on your desktop version of Spotify.

Of course, before proceeding, you may want to place any MP3s into a singular folder for easy organization. You’ll see why later.

Once you get local files set up, you should now be able to play them directly from Spotify.

There isn’t too much of a benefit to doing this as opposed to using your native media player. But you’ll have all of your music in one place — and you’ll be able to play those files on your iOS devices.

How to play local files on Spotify for iPhone, iPad and iPod touch

Note: Keep in mind that you’ll only be able to play local files on your iOS devices if you have a Spotify Premium or Spotify Family account.

Now that you’ve imported your local media files to your Spotify desktop app, you can carry on with adding those tracks and albums to your iPhone, iPad or iPod touch.

Wait until Spotify downloads all of your files — and you’re done! You can now listen to your local media files on your iOS device.

Better yet, those files are stored locally on your mobile handset, so you can listen to them with or without an internet connection.

The above steps will work for most users, but they may not work for everyone. If you can’t import or play some of your tracks, then keep these tips in mind.

Do you still use MP3s for your music experience? We want to hear from you. Please let us know in the comments below.