You are here: Home / How-to / How To Open Apple Maps by Default on iPhone and iPad

Admittedly, Apple Maps has come quite a long way since when the iPhone ditched Google Maps as the default. Apple continues to make great strides with its map service, as evidenced by number of people who manage to catch a glimpse of one of Apple’s mapping cars. Because of this, we have seen more and more people make the switch to Apple Maps instead of Google Maps.

How To Open Apple Maps by Default on iPhone

With iOS 15 and iPadOS 15, Apple introduced the ability to use extensions with Safari. Previously, this was only an option on the Mac, but it has opened the door for developers to create some pretty impressive mobile extensions.

There’s one big problem that we continue to struggle with when trying to rely on Apple Maps while still having the Google Maps app installed. Whenever you search for an address in Safari (or other web browsers), and are using Google Search, the app automatically will open that address in Google Maps. Of course, you could uninstall Google Maps, but the app itself is still quite useful even if you don’t use it for navigation purposes.

Thanks to a new extension from Alex Kitcoff, Mapper for Safari changes how your phone handles those address links when searching. After installed and set up, you no longer have to worry about Google Maps trying to take control over your addresses. Instead, you can just enable Mapper, and every time you tap on an address, it will take you into Apple Maps instead of Google Maps. 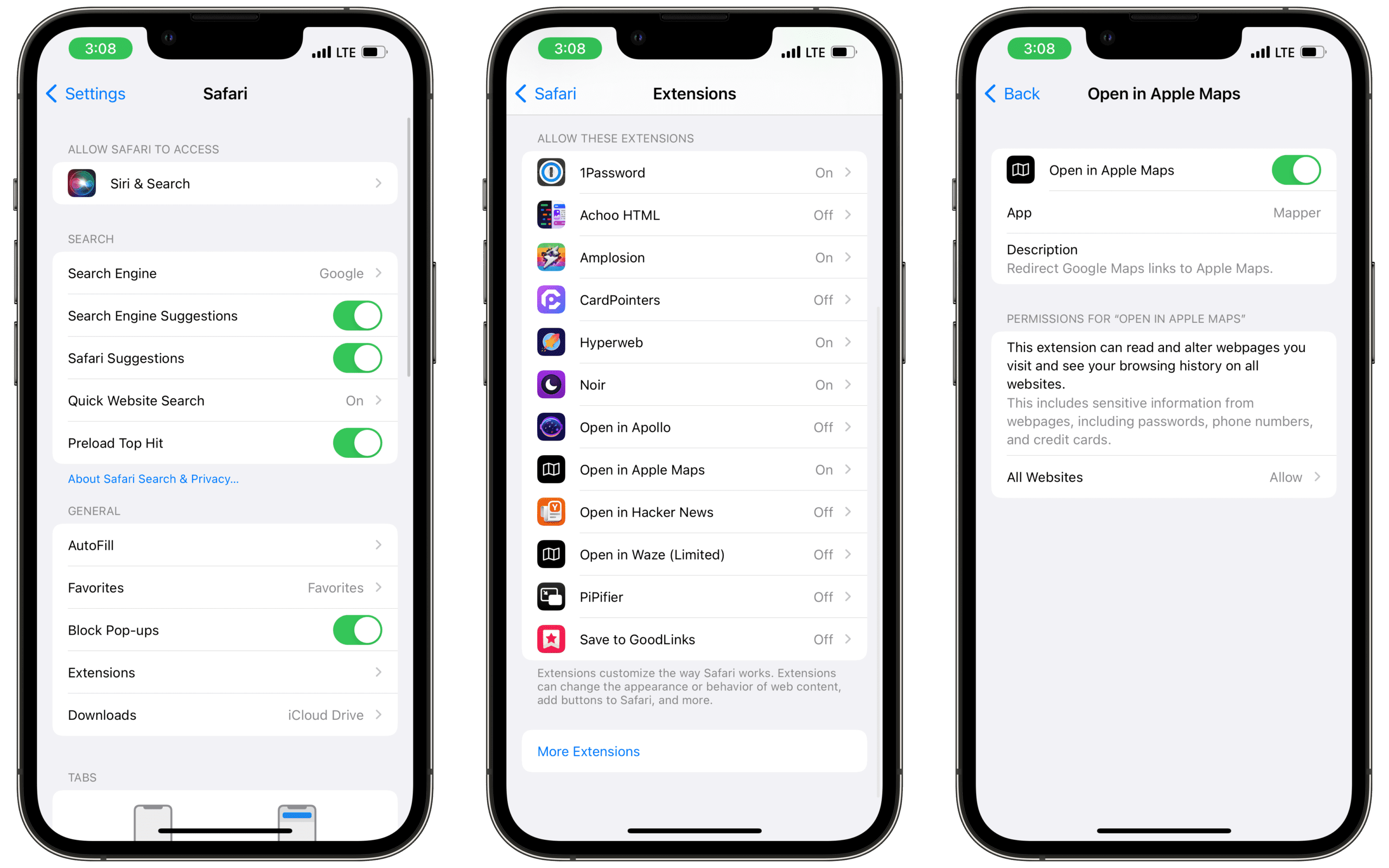 Here’s how you can open Apple Maps by default on iPhone and iPad.

Now, you’ll no longer need to be worried about having to enter address manually into Apple Maps because Google Maps is too aggressive. But, you’ll also still be able to keep Google’s option installed so you can use some of the added features and functionality that you won’t find in Apple Maps.

Mapper for Safari is priced at just $0.99 and has instantly turned into one of the best Safari extensions for the iPhone and iPad.