You are here: Home / Apple Services / Google Maps vs Apple Maps: Which Is Best? 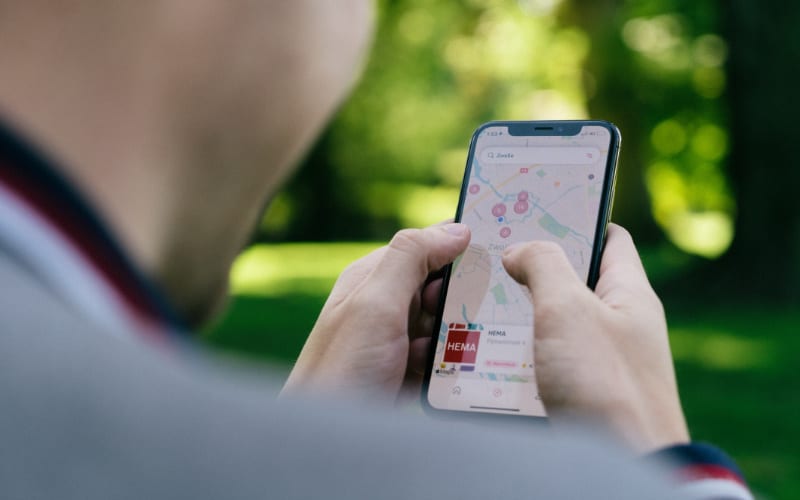 Apple Maps launched in 2012 to a wave of complaints about inaccurate maps and bad directions. At the time, there was no question that Google Maps was the best maps app on the market. But now, that might not be the case.

Apple has spent countless hours (and dollars) on improving the Maps app, adding new features and even gathering its own data from satellite imagery, cars, and RADAR-equipped Apple employees.

Was it all worth it? In this article we’ll explore all the differences between Apple Maps and Google Maps to decide once and for all which is the best app.

Let’s start with app availability. After all, there’s no use in reading this article if you can’t use Apple Maps on your device.

This might actually be the case if you use an Android phone or a Windows laptop.

While Google Maps is available everywhere, Apple Maps is exclusively available on Apple’s devices. That means you need one of these devices to enjoy Apple Maps:

While Apple Maps comes pre-installed on Apple devices, you need to download Google Maps from the App Store if you want to use that instead.

Google Maps is also available from any web browser by going to maps.google.com, which isn’t an option with Apple Maps. Although you can access Apple Maps online if you search using DuckDuckGo.

Both maps also feature a prominent search bar with a triangular icon that centers the map on your current location.

Let’s look at each app’s interface separately to get into the differences.

Google Maps has quick-search buttons beneath the search bar for destinations like Work, Restaurants, Petrol, and more. You can also tap the five tabs at the bottom of the screen to choose between Explore, Commute, Saved, Contribute, and Updates tabs.

These tabs make it quick and easy to open different aspects of the app. But if you don’t use all these features, they still take up space at the bottom of the screen.

The number of pins on the map depends on how zoomed in you are, but Google generally shows more at once than Apple. While this does mean you get more information from Google Maps, it’s a bit overwhelming at a quick glance.

Tap the information icon in Apple Maps to change the map style or report a problem. Or drag up from the search bar to view Siri Suggestions, saved locations, and Guides.

Apple Maps also automatically switches to Dark Mode to match your device settings. Unfortunately, this isn’t the case with Google Maps, which only switches to darker colors at nighttime.

On either map, you can zoom in to buildings and drag up with two fingers to enable 3D mode. This shows semi-transparent 3D buildings to help you get a feel for a location without actually visiting it.

You may need to enable this feature in Google’s overlay menu first.

Alongside road names and places, each app scatters the map with a selection of pins for popular destinations. These might include shops, restaurants, businesses, or tourist attractions.

When you tap a destination in either app, a page opens up giving more information about that place. This typically includes photos, an address, opening hours, a description, and reviews.

You can also search for destinations in the Search bar by typing an address, a business name, or a type of business.

In contrast, Google uses its own database for reviews, photos, and destination details. This database seems to have far more information than Yelp, often with more recent reviews and more photos. Google even includes the average wait time for several destinations.

Overall, Google has way more information to offer than Apple and is much better at finding businesses and addresses as a result.

The most common use for Apple Maps or Google Maps is getting navigational directions. You can use either app to view driving, walking, public transport, and cycling directions.

That said, cycling and public directions for Apple Maps aren’t as widely available as they are in Google Maps, which can get you around more cities and even tells you the expected price of public transport.

The directions interface is relatively similar across both apps.

Both apps attempt to reroute you to avoid heavy traffic, roadworks, and accidents.

Generally speaking, Google offers better directions with more accurate traffic predictions. This is most likely because Google Maps has far more user data to draw from.

A maps app inherently knows where you are, where you’re going, and where you spend a lot of your time. In choosing whether to use Apple Maps or Google Maps, you should consider how each company aims to use this data.

Google’s business model is built around harvesting data from its users, which it then uses to target more relevant adverts at them across a range of third-party websites and apps.

Google doesn’t ever sell your data to third parties. But it does keep a lot of data that it ultimately uses to get you to click on ads or buy more products.

You can make Google stop tracking you or collecting data in your account settings. But when you do so, Google also disables several Google Maps features that you might have wanted.

You can also use Incognito mode in Google Maps to temporarily avoid tracking.

In contrast, Apple’s business model is built around selling physical products. While Apple also gathers data about your location and how you use Apple Maps, it only uses this data to improve its own products and services. Not to target you with ads.

Apple also strives to keep as much data and processing on your device as possible, keeping it off of online servers. And Apple anonymizes your location data, making it almost impossible to link collected data back to any particular user even if someone did get their hands on it.

Generally speaking, Apple holds user privacy in higher regard than Google and does a far better job of protecting your privacy.

With Apple Maps, you can use Flyover mode to get a virtual tour of famous cities. These tours give you a helicopter view of the city, stopping at various popular destinations.

You can also use Apple Maps to easily share your ETA with a contact by sending an SMS or a link to Apple Maps on their device. This ETA automatically updates as your arrival time changes with traffic and delays.

Save collections of your favorite places in Apple Maps as a Guide, which you can share with other people who might be visiting the same place. Alternatively, take a look at professional guides from the Lonely Planet and other popular publishers instead.

Finally, you can tap the binoculars icon in Apple Maps to enter Look Around view for a closer look at places from street level.

Street View is the name Google Maps uses for a street-level-camera view. It’s been around much longer than Apple’s Look Around, but to use Street View on a mobile device, you need to download a separate app.

One of the best features in Google Maps is the ability to download maps for offline use. This makes it possible to get directions or search for destinations in an area where you don’t have an Internet connection—perfect for a remote getaway.

You can also use the Updates tab on Google Maps to find out all the latest news about your favorite destinations. This might include upcoming events, new opening hours, or other changes you want to keep on top of.

And you can create a list of Saved locations for all the places you frequently visit or don’t want to forget about.

There’s a lot to love about either mapping app. Google offers more information with the most accurate destinations, while Apple protects your privacy and presents a cleaner interface.

Gone are the days when Apple Maps insisted on taking you the wrong way down a one-way street. But it still pales in comparison to everything Google Maps has to offer.

If digital privacy is a big concern for you, Apple Maps wins out winner. Otherwise, stick with Google Maps.