You are here: Home / Mac / The Best Ways to Use Gmail on Your Mac

Gmail is one of the most popular email products in the world. On a Mac, you can use the software through a browser as it was initially designed, or through the native Mail app. Another alternative is to bring the look and feel of the web-based Gmail to the desktop through a third-party app solution.

Which solution is best for you ultimately comes down to a matter of choice. Here’s a look at the best ways to use Gmail on your Mac.

Through a Web Browser

First introduced as a beta release in 2004, Gmail on the web officially launched for the masses five years later. The free email service developed by Google is now available in over 100 languages and used by over 1.4 billion users worldwide. 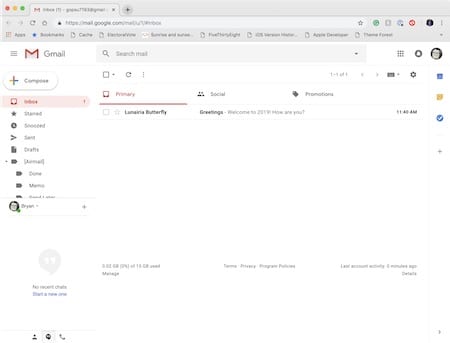 Gmail offers a basic HTML version that works across all browsers, while an AJAX version is supported by major browsers for Mac including Google Chrome, Mozilla Firefox, Apple Safari, among others.

In 2018 for the third time in its history, Gmail received a significant design upgrade. The redesign uses Google’s Material Design and uses the company’s Product Sans font. Besides a design change, the update also includes a Confidential Mode, which allows you to set an expiration date for sensitive messages, integrated rights management, and two-factor authentication.

Reasons to use the web version of Gmail

If you’re a heavy Google Chrome user, it might be best to stick with Gmail on the web. Through this interface, you’ll have access to all of the official Gmail tools. To customize your Gmail web experience, check out the Google Chrome Store where you’ll find hundreds of Gmail extensions.

On your Mac, you can set up all of your email accounts through the official Mail app. When you do, your email tools are limited to those offered by Apple through macOS.

Why you should use the native Mail app

Using the Mail app is ideally suited if you have multiple email accounts, including more than one that’s being hosted by Google. In doing so, you can take a streamlined approach to all of your email needs.

These third-party apps do the best job of duplicating the Gmail web design on Mac. Each solution offers its own set of unique features.

With the free Go for Gmail app, you can see whether you have new email right from your Mac’s toolbar. In doing so, you don’t have to go into the app to check. Beyond this, it does a great job of bringing the Gmail experience to an app. 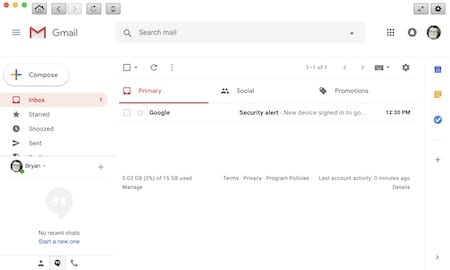 Extra features include the ability to run both a Desktop and Mobile mode. When you select the latter, you’ll discover mini versions of Google Calendar, Google Keep, and Google Tasks.

Simplicity is one of the reasons to choose Go for Gmail. Besides being able to change the app’s appearance slightly and customize its notifications, Go for Gmail works exactly like the official web version. It also supports multiple Gmail accounts.

You can download Go for Gmail from the Mac App Store.

Like the Go app,  Kiwi for Gmail brings the Gmail web experience to the desktop. However, this isn’t the only reason to use the product. With Kiwi for Gmail, you can also use extra features that will enhance your email experience. 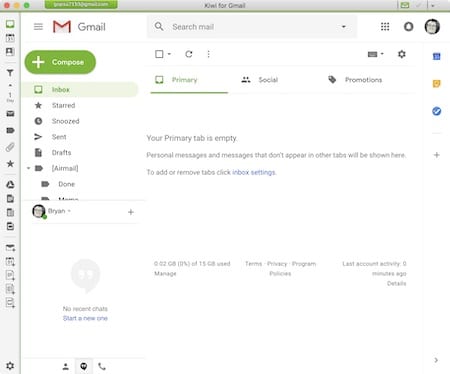 These extras include a new Focus Filtered Inbox that has been designed to remove email noise, allowing you to focus on what’s important. In doing so, you can limit your view based on date, importance, unread, attachments, and starred. You can also combine filters to create a short list of your most relevant emails. Other useful features include windowed versions of Google’s web applications including Google Docs, Sheets, and Slides.

It should also be noted that Kiwi for Gmail supports the No. 1 scheduler plugin, Boomerang, which allows you to schedule the time to send an email.

If looking for an all-in-one app solution for Google tools, you can’t go wrong with Kiwi for Gmail, which is available on the Mac App Store.

Because of its price, Mailplane is best described as a premium solution for Gmail on Mac. Available through a 15-day free trial, the app offers some unique and essential features that make it worth considering despite its hefty price tag. 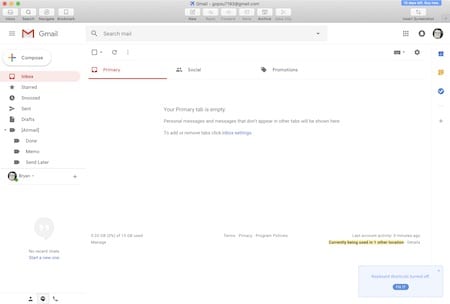 At the top of the list of Mailplane features is the ability to archive a message or write a quick reply directly from a new email notification. The software is also compatible with the new Dark Mode in macOS Mojave, offers an offline mode, the ability to add annotations and shapes to email, and more.

As a long-time Mailplane user, my favorite feature continues to be the use of third-party extensions, which now include Boomerang, Grammarly, SalesForce Inbox, and many others.

You can download your free Mailplane trial from the company’s official site.

With Wavebox, you can easily navigate between different web apps — including Gmail. In doing so, you can deal with fewer browser tabs and take advantage of the macOS Notifications system. In total, Wavebox offers integration with over 1,100 web applications. 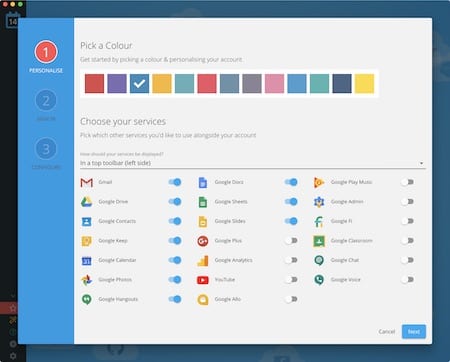 Unlike browser tabs, Wavebox app allows you to work with a single suite of web apps. By doing so, you can open all of your most essential web apps with just one click. In Gmail’s case, you can also add links to other Google apps (including YouTube), so you can access them all in the same place on your computer. You can also install popular Gmail extensions like Boomerang, Clearbit Connect, and LastPass.

Available for macOS, Windows, and Linux, Wavebox Pro is free to use for 14 days. With a Pro account, you can install an unlimited number of web apps. A free version allows you to install up to two Gmail accounts. You can purchase a yearly Pro subscription from the official Wavebox website.

A Lot to See Here

As a heavy Gmail user, I’ve gone back and forth over the years on how best to access my email on my MacBook Pro. Kiwi has been my go-to app for many years because of its ease of use. The other ones are also worth considering, however.

I would strongly suggest that you try out each app before making a choice. Using the official Mail app is also an acceptable solution as is sticking with the web version. Make your decision based on the features you find most important and whether you want to pay.

How do you view Gmail on your Mac? Let us know in the notes below.