You are here: Home / Apple Services / ‘Update Unavailable With This Apple ID’? Here’s How to Fix It

App updates are an important part of keeping your Mac and your applications running smoothly. But sometimes, app updates can go awry.

Specifically, you may find that you’re not able to update an app. When you attempt to, you’ll be hit with an “Update Unavailable with This Apple ID” error message.

The message will go on to state that the update isn’t available because the app “was bought by a different user or the item was refunded or canceled.”

But sometimes, that isn’t the case. Luckily, while annoying, the error message can be done away with pretty easily. Here’s how.

Why Does This Happen?

Basically, when you download an app from the Mac App Store, that particular instance of the app is tied to your Apple ID — or the one that made the purchase.

That app can then only be updated by the specific Apple ID that made the original purchase. This applies to both free apps and apps that cost money.

This can cause issues if there are multiple users using different Apple IDs on a single computer. Similarly, people with used or third-party refurbished computers may run into this problem (since their Apple ID is different than the original owner’s).

There are cases of some apps, particularly iWork or iLife apps, that show this error even if a user has only ever used one Apple ID (on a computer that has never had another owner). This weird behavior may be attributable to a bug. 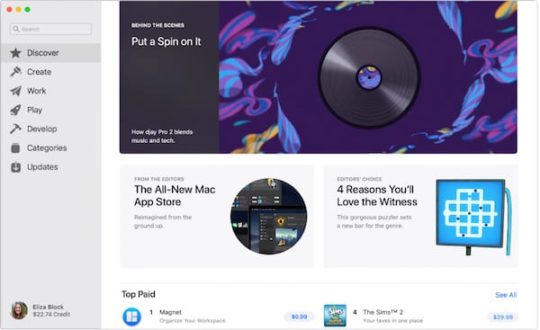 For the most part, the method below will fix any errors associated with app updates being unavailable.

That includes apps that were downloaded by a different Apple ID or apps that you downloaded yourself that (somehow) have the “update unavailable” bug.

Your own mileage may vary depending on your Mac and what other Apple IDs are logged in (or have been logged in), of course.

In any case, it’s still worth a shot.

This, of course, means that you’ll have to shell out the money if it’s a paid app. That’s an unfortunate side effect but there isn’t anything to be done.

On the other hand, it’s worth noting that Apple’s suite of apps — like Pages, Number, Keynote and GarageBand — is free for all users. So you can re-downloaded them with no problems.

What to Do in Other Circumstances

While the method above will fix the “update unavailable” error message in most cases, there are some other things to note.

We hope that you found this article informative and helpful. Please let us know in the comments below if you have any questions.