In a world that is filled with constant buzzes, beeps, notifications, and distractions, Apple tried to help you cut out the background noise with Focus Mode in iOS 15. For the most part, it works pretty darn well in its current form, but there’s always room for improvement. And we’re definitely in store for some major improvements with iOS 16. 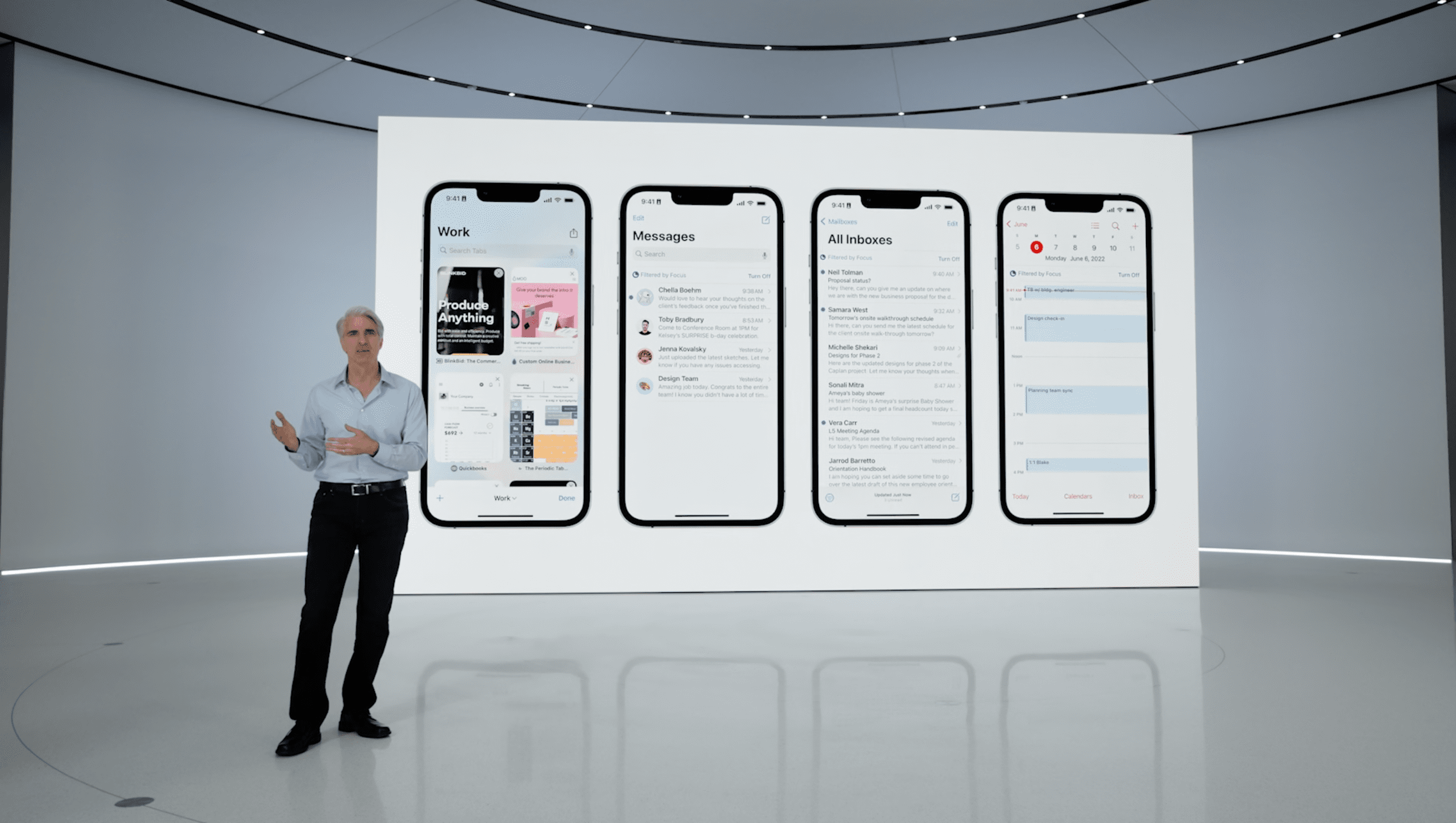 It’s truly incredible being able to have and use Focus Modes for those times when you need to bury your head and get some work done. All of the pesky notifications are put to rest until you can deal with them later on. And with iOS 16 brings with it some massive improvements to an already robust feature.

One of the biggest sticking points with Apple’s new Focus Modes in iOS 15 was the onboarding process. It’s not that it’s impossible to create a Focus Mode, but it’s definitely a cumbersome one. You need to make sure that the right contacts and applications can send notifications, but iOS 15 didn’t do the greatest job at making that obvious.

With iOS 16, the process has been streamlined a bit. Apple states that users will now have a “personalized setup experience for each option”, and so far, we have found that to be the case. There are even suggestions when going through the different sections, enabling some contacts or apps that your iPhone thinks should be able to send notifications. 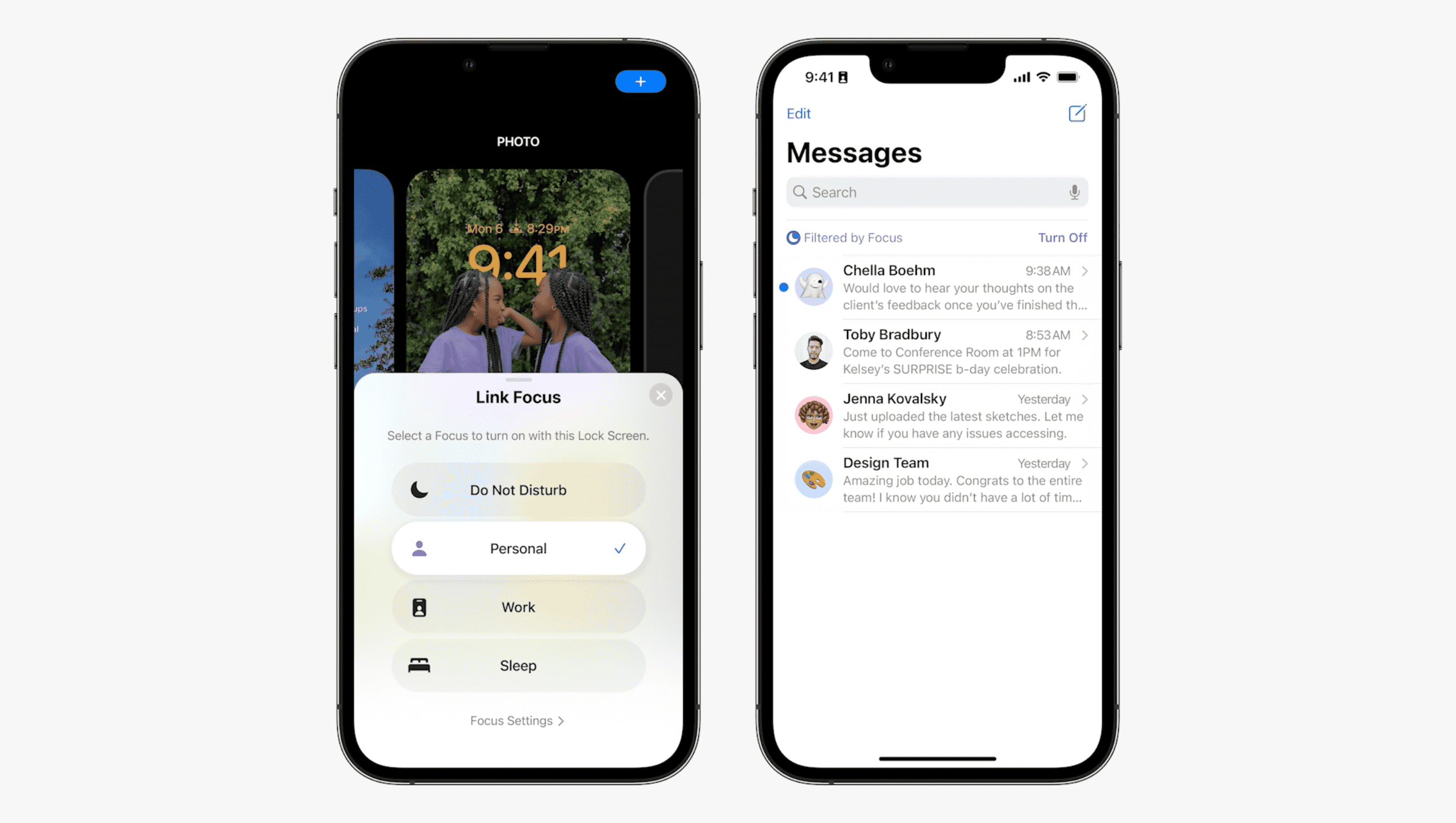 We’re a bit surprised to see this come to iOS 16 given all of the other changes with the Lock Screen. But you can now create a unique Lock Screen that appears whenever a specific Focus is enabled. With the addition of widgets, we expect this to play a big part in the customization aspect of your iPhone with iOS 16.

iOS 15 already allows users to set different Home Screens to appear when a Focus Mode is activated. And now you’ll be able to do the same thing with your Lock Screen. You can add work-specific widgets to the Lock Screen, letting you know when your next meeting is. Or, you can add some Actvitiy widgets that only appear when you’re at the gym or working out.

Tying into Focus Lock Screen Linking, iOS 16 also provides a few suggestions in the Gallery. When going through the setup process to add another Lock Screen into the mix, your iPhone presents a few suggestions. Then, you can either select and use the suggested Lock Screen, or use that as a jumping-off point before swapping out some widgets or changing the background.

Going back to the current Focus Mode setup process on iOS 15 devices, the apps or contacts that you want to receive notifications from is getting a bit of a facelift. Instead of just being a jumbled mess of confusion, you’ll be able to actually add apps or contacts to an “Allow” or “Silence” list. 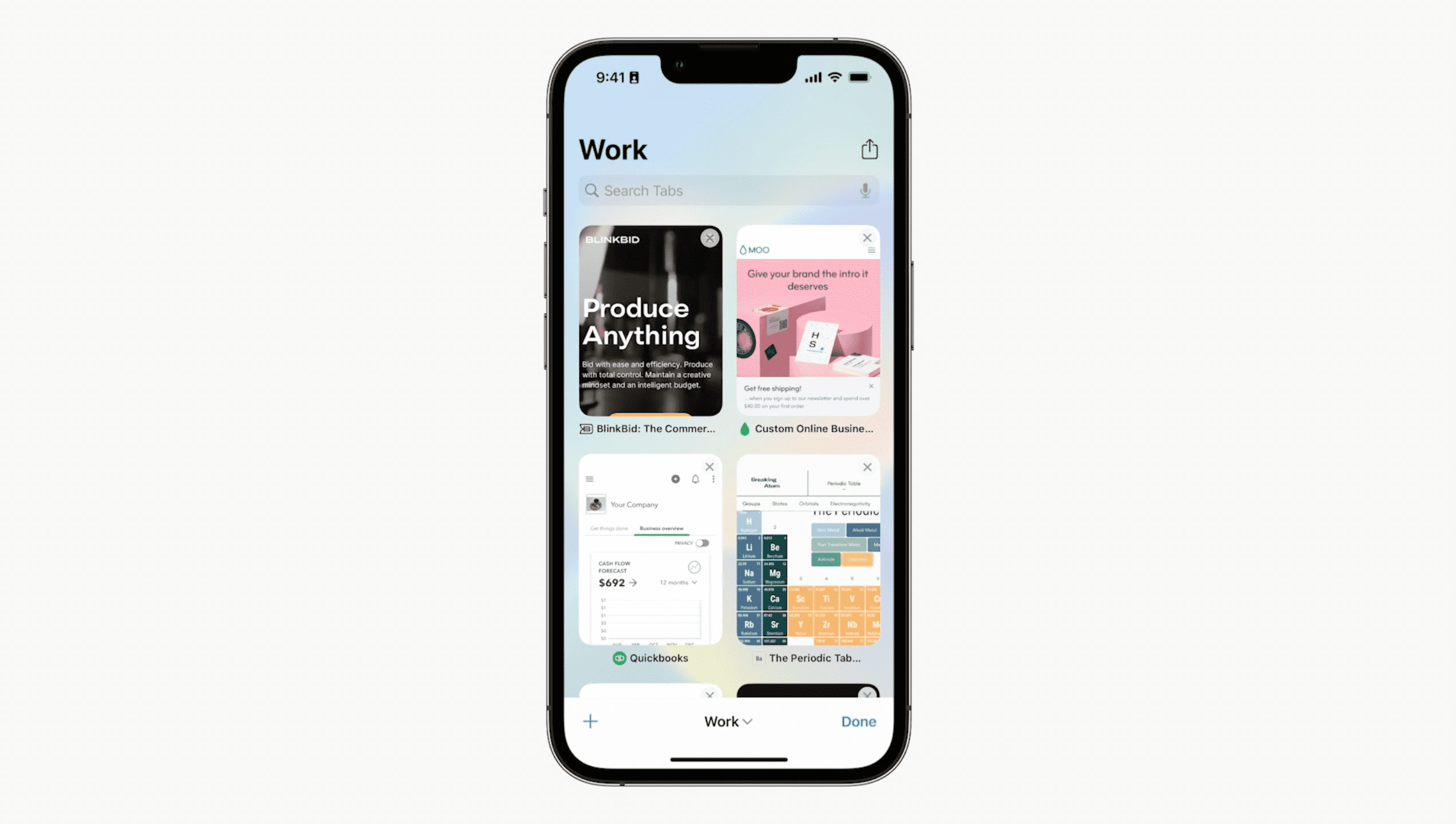 Perhaps one of the most interesting aspects with the changes to Focus in iOS 16 are Focus Filters. Apple’s official description states these filters will “set boundaries within Apple apps”. That may sound a bit confusing, but essentially, when your “Work” Focus mode is enabled, you’ll only be able to see tabs tied to that Focus mode in Safari. Previously, you would simply open Safari and be presented with all of the tabs that you have open.

It’s one thing to be able to enjoy Focus Filters with Apple’s own apps, but even Apple knows that you probably rely on third-party solutions for different applications. With that in mind, Apple is also releasing a new Focus Filter API with iOS 16. This allows developers to set those same parameters found in Apple apps, for their own applications.

Focus Modes work great when you properly configure them, such as setting an automatic schedule for them to turn on. And there’s always the option to turn a Focus mode on or off from the Focus button in Control Center. But iOS 16 is making it even easier to manually enable a Focus mode, as you can now do so from Spotlight.

All you’ll need to do is swipe down on your Home Screen to reveal Spotlight, then type the name of the Focus. Then, tap the appropriate icon and watch as your iPhone’s Home Screen (and now Lock Screen) is transformed to match your preferences.

Do You Use Focus Mode?

Focus Modes aren’t for everyone, but if created and implemented correctly, it can completely change the way you use your devices. While iOS 16 is the big focus here, many of these changes will also be available on iPadOS 16 and macOS Ventura. But we want to know if you’re using Focus Modes and how you use them. Let us know about your Focus Mode setups in the comments!