You are here: Home / News / Why Apple is going to randomize its device serial numbers (and why you should care) 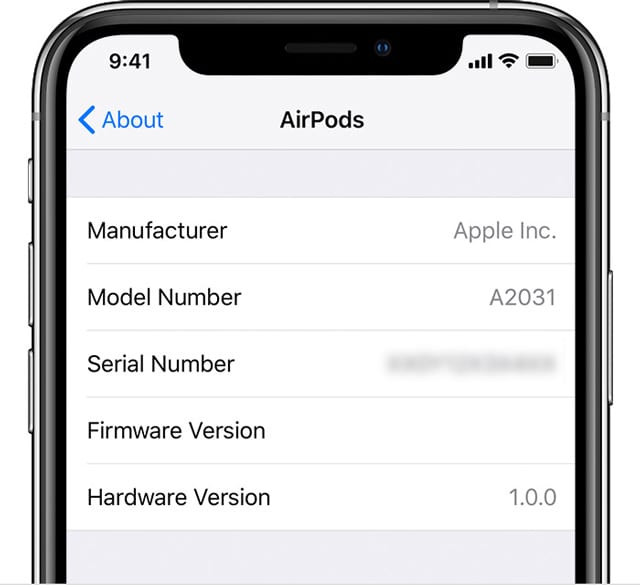 You probably don’t pay much attention to your Apple device’s serial number unless something goes wrong (or you’re just curious) But when it does, then it’s a handy way of determining certain things about your Apple devices.

But, going forward, Apple is expected to change to a new type of serial number that could make figuring out its date of manufacture and other details harder. Here’s what you should know about the change (and why you should care).

Apple, essentially, is switching the format of its serial numbers, according to an internal memo sent to authorized service technicians and obtained by MacRumors.

In the future, Apple will start to use randomized alphanumeric strings as serial numbers. While current Apple serial numbers are alphanumeric, it’s long been possible to ascertain certain bits of information from them because they aren’t random.

Serial numbers for existing devices will remain unchanged, of course. And Apple is apparently going to implement the change late this year.

It isn’t clear whether the switch to randomized serial numbers will occur worldwide, or only in certain regions where fraud is common.

(As a random side note, the randomized “serial“ number wouldn’t actually be a serial number anymore, since serial refers to items that are in a series.)

Why is Apple doing this?

If this all sounds like it’s a fairly boring change, know that it’s likely purely pragmatic. The primary reason that Apple is making this change seems to be to combat warranty fraud.

There are many ways for a scammer to take advantage of Apple’s warranty policy. But one way is to take a dead iPhone, spoof the serial number of a recently sold device and trade it in for a new replacement model.

Other scams outfit iPhones with fraudulent or illegitimate parts. After that, they use a serial number generator to exchange them at an Apple store.

There are also likely some additional security, crime and fraud reasons that explain Apple’s reasoning behind this change. We’ll get to those below.

How this affects you

In theory, the move should help reduce the risk that you or your devices will become victims of warranty fraud or other types of Apple-related scams.

There are also some cybersecurity-related benefits to the switch. In the past, bad actors have used DEP enrollment to gain access to Mobile Device Management (MDM) systems. From there, they delivered malware or pivoted to other parts of a system.

Unfortunately, there are also some potential downsides to the move for some consumers, but not all. If you want to learn some of the specifics of your device’s manufacturing details, then you’ll likely be out of luck.

Apple’s previous serial numbers were actually fairly easy to figure out. With the right knowledge of what the numbers represented, users could know exactly when or where Apple produced their devices.

This was handy when users wanted to find out if their devices were likely to be impacted by a bug or manufacturing problem. After all, it could narrow down a device so users could know whether their device landed in that batch. But, as mentioned, Apple will randomize serial numbers going forward. As a result, it will likely become a lot harder or downright impossible to glean certain details about a device.

As far as whether or not a device is affected by a certain problem or is still under warranty, users will almost certainly be able to check that information through an official Apple means.

Do you know how to locate your Apple device details?