The “Far Out” event that announced the iPhone 14 also gave us insight into a whole host of new products and services Apple has lined up for us. One of which is the updated version of the company’s affordable smartwatch line, the Apple Watch SE. Sometimes, the best updates go unnoticed, and the Apple Watch SE 2 was certainly discreet with its changes, opting for performance upgrades rather than focusing on changing aesthetics. We all know that Apple can produce beautifully-designed tech products, but now they’re starting to beef up their product lineup with great performance and power for its consumers. Here’s everything you need to know about the new Apple Watch SE vs. SE 2nd Gen. 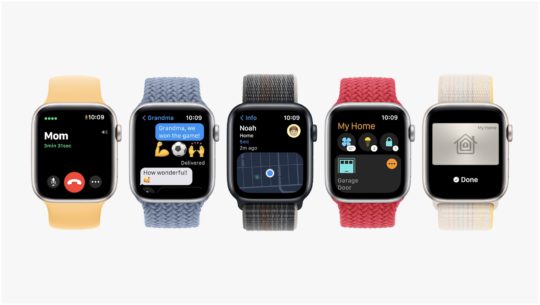 At first glance, the Apple Watch SE vs. SE 2nd Gen discussion doesn’t go very far due to the almost identical aesthetic features they provide. They both have a rounded square shape with an OLED screen and come in the same size. The main differences come in the colorways Apple came out with and its manufacturing process. The back of the Apple Watch SE 2nd Gen is made of nylon composite materials, which Apple claims have reduced its manufacturing carbon footprint by a staggering 80%. Apart from that, you have more colorway choices from midnight, silver, and starlight.

Not many people think a smartwatch can have powerful capabilities due to size restrictions and functionality differences. But Apple seems to try to push the boundaries and has included the same S8 chip it’s implementing in the Apple Watch Series 8 lineup. You’re getting more powerful functionality for cheaper, which is great value for customers. According to Apple, the new S8 chip will offer a 20% speed increase compared to the original Apple Watch SE’s processor. The new watch also stays functional for longer, with Low Power Mode able to extend the battery life to approximately 36 hours without charge. We look forward to testing the two devices to test the limits of each product’s capabilities and evaluate Apple’s claims. 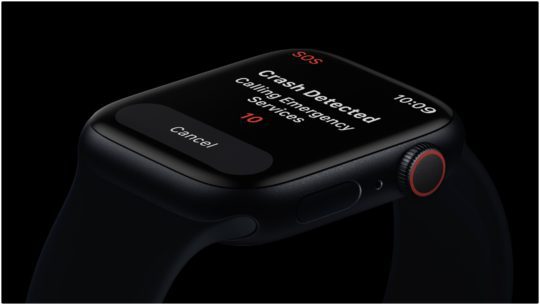 Many felt slightly disappointed with the original Apple Watch SE due to its lack of features, but Apple seems to be trying to remedy that by including more functionality on the 2nd Gen. The new Apple Watch SE gives users more customization control over their watch face, with new designs and features for you to explore. You also have access to the new enhanced Workout and Fitness+ apps that everyone’s excited about. You’ll have water resistance up to 50 feet, which is great for those who enjoy water-based workouts. To accompany that, you have the new heart rate monitor, fall detection, and emergency SOS services for a more comprehensive product.

A few other cool new features that Apple is adding for quality-of-life improvements include monitoring wrist temperature to assist women with their menstrual cycles. Paired with the Health app, women can gain more valuable insight into their overall health using data the Apple Watch SE 2nd Gen compiles for them. The new smartwatch has a new crash detection feature that uses sensors to determine if you’ve been in an accident. It then contacts emergency services automatically for your convenience. All these new features can be toggled or come readymade in the new watchOS 9.

What most people want to know is the price of the new watch. It seems as though prices skyrocket with technological improvement and other external economic factors, so how does that fare for a product line that’s supposed to center around affordability? When you compare the price of the Apple Watch SE vs. the SE 2nd Gen, you notice that the company has done a good job at keeping the affordability factor while improving the product overall. You can purchase the Apple Watch SE 2nd Gen for $249 without the cellular option and $329 if you want network capabilities.