You are here: Home / How-to / How to Automatically Change iPhone Wallpaper With Shortcuts

It’s been a little more than two years since the Shortcuts app was introduced alongside iOS 12. Before then, the app was available through the App Store by the name of Workflow. Then, the company behind Workflow was acquired, and Shortcuts was added to the iPhone and iPad on a system level with the release of iOS 13.

While Shortcuts have opened up a world to make your life easier, Apple continues to innovate and bring new features to the foray. iOS 14.3 is the latest version of this, as Apple has made it possible to automatically change your wallpaper with a single Shortcut. Forget diving through your countless pictures in the Photos app. Use a Shortcut instead.

Getting started with Shortcuts

Although we are going to walk through manually creating the Shortcut, there are plenty of pre-created Shortcuts available. For example, we’ll be sharing the Shortcut that we created in preparation for this tutorial. However, in an effort to ensure that something does not get added to the Shortcuts app without your knowledge, Apple has a built-in security measure. You will need to enable the ability to use “Untrusted Shortcuts”.

Now you are able to download and use any Shortcuts that were created by anyone outside of yourself and what’s available in the Shortcuts Gallery.

To make your life easier, you’re going to want to create an album in the Photos app for all of your wallpapers. It doesn’t matter how many you add, but this is where the Shortcut will pull wallpapers from to change them automatically. 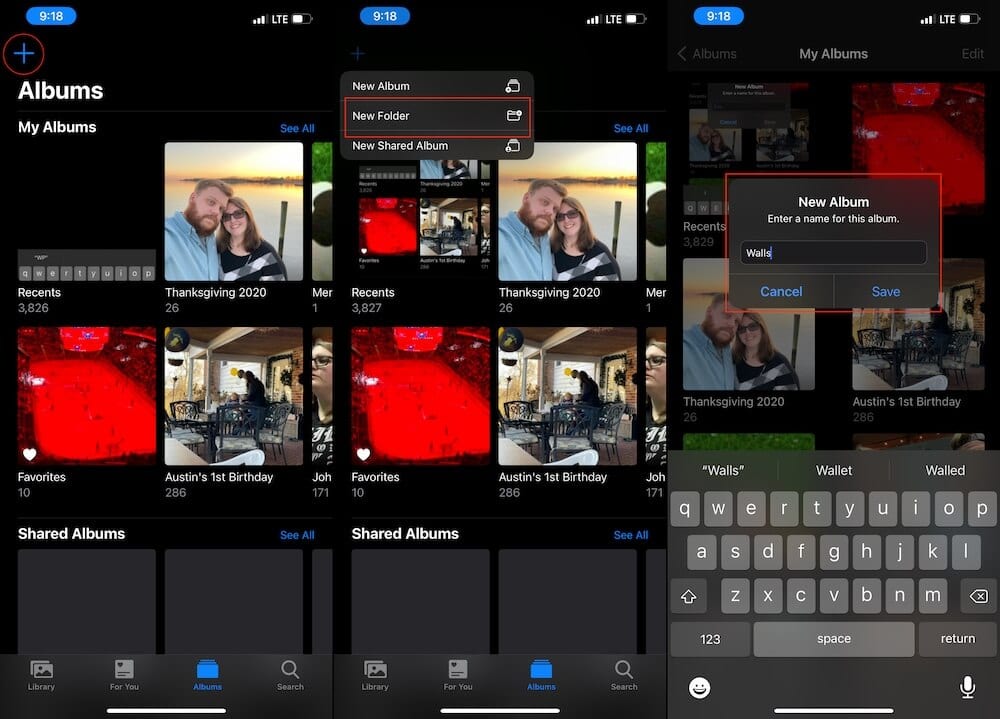 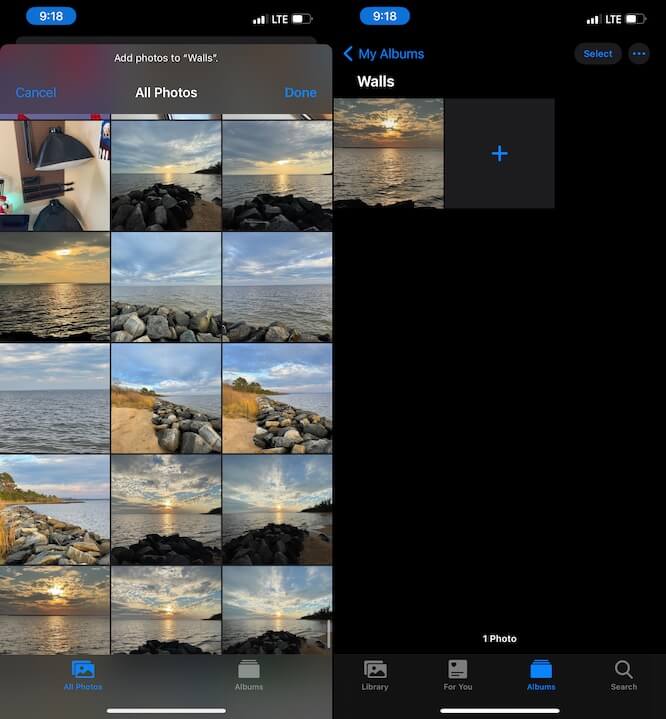 This is a vital step for this entire process, as you don’t want random memes and unnecessary photos being set as your Home Screen Wallpaper.

Now that the Wallpapers folder has been created, it’s time to create the Shortcut. Once completed, the magic will work with the tap of a button, and you never have to go diving through the various panels in the Photos or Settings app just to change your wallpaper. 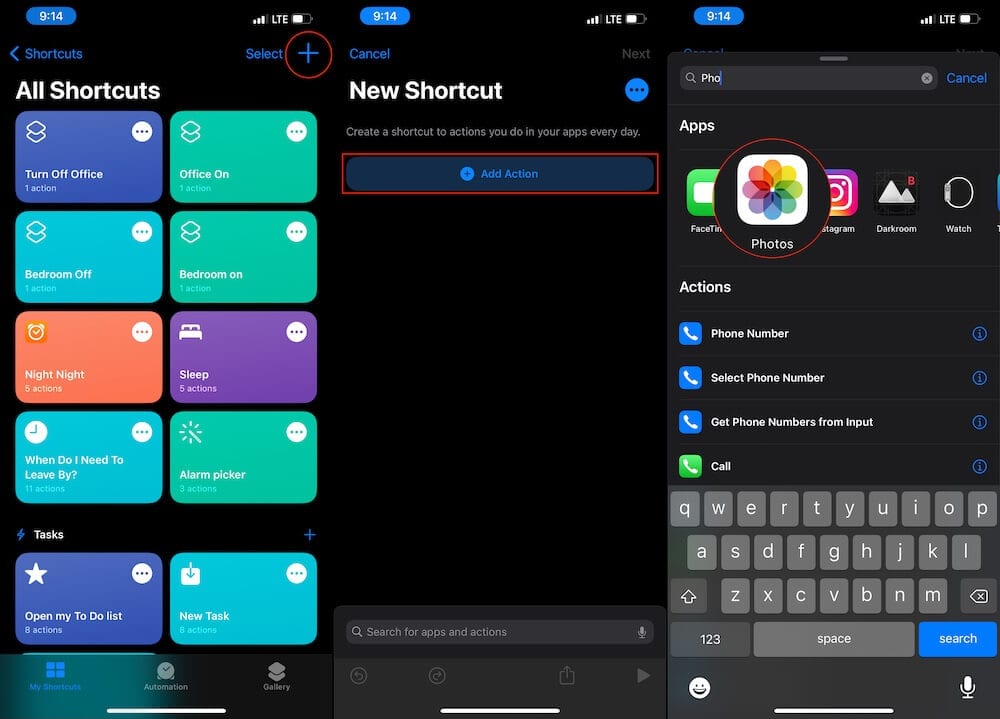 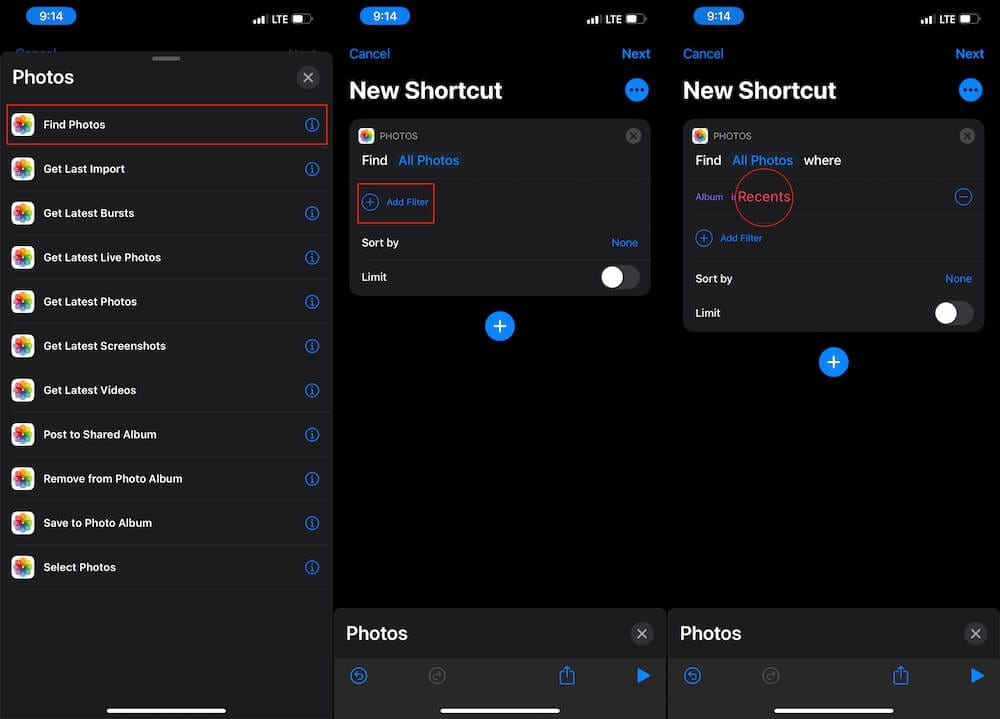 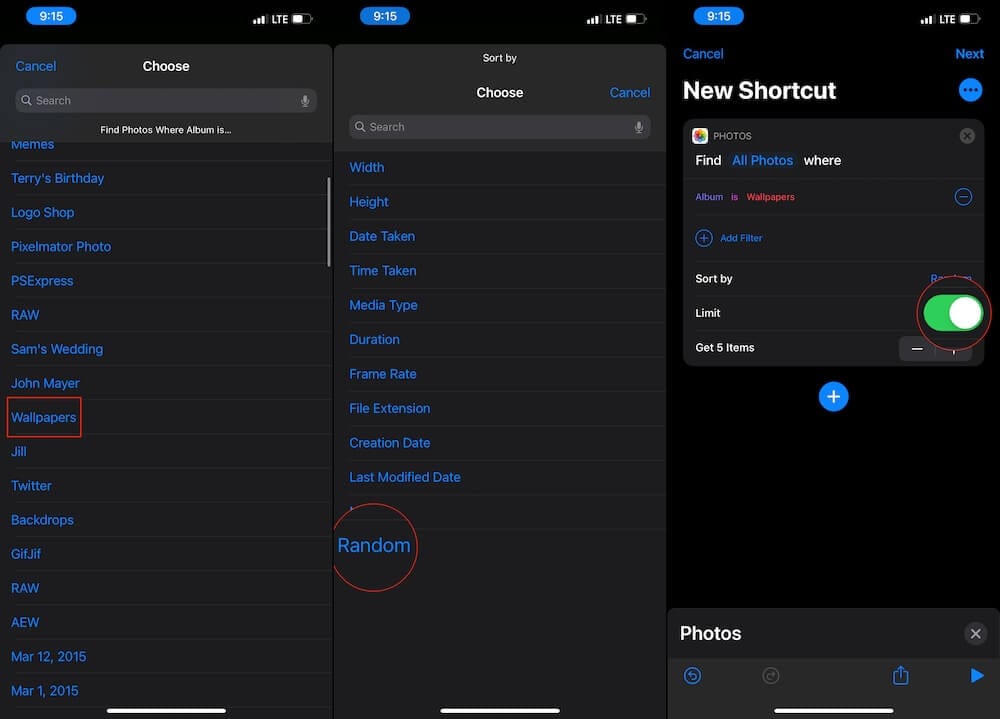 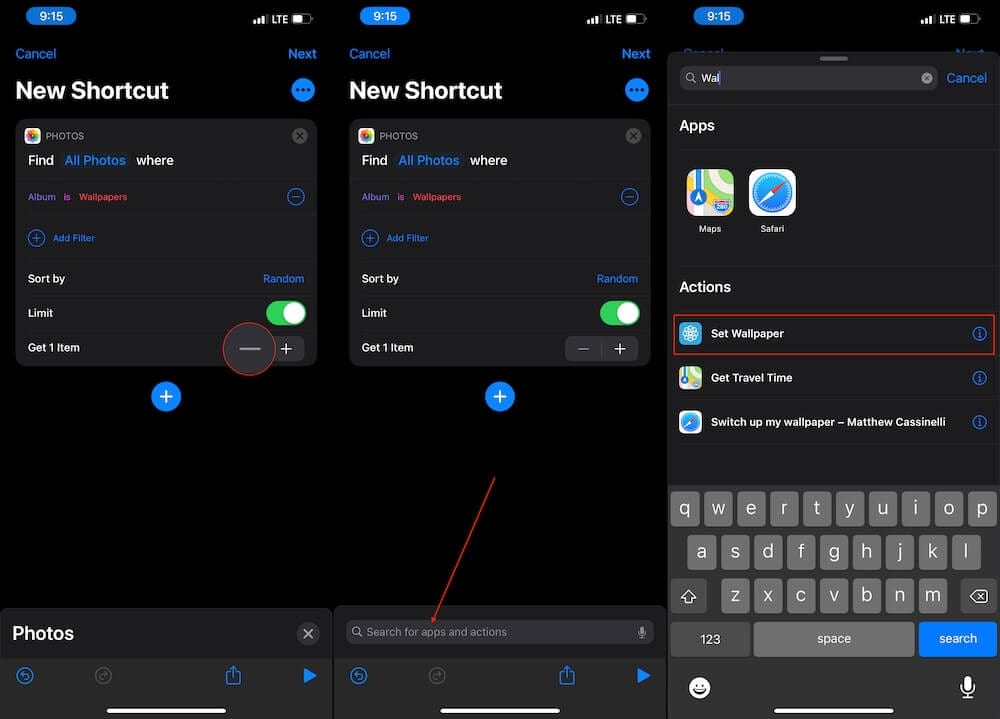 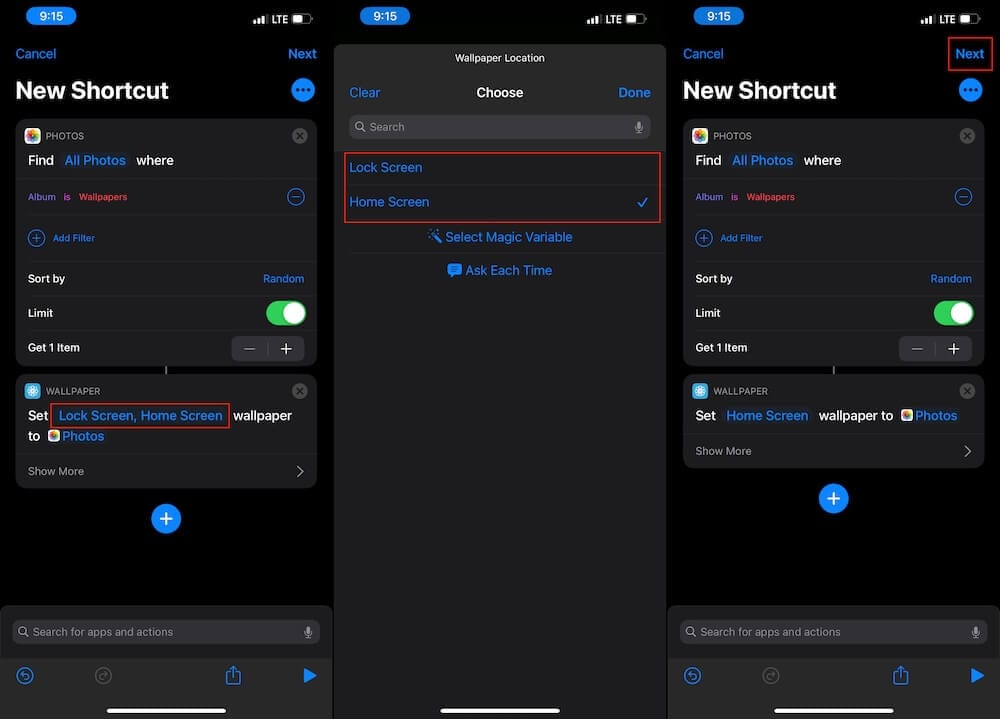 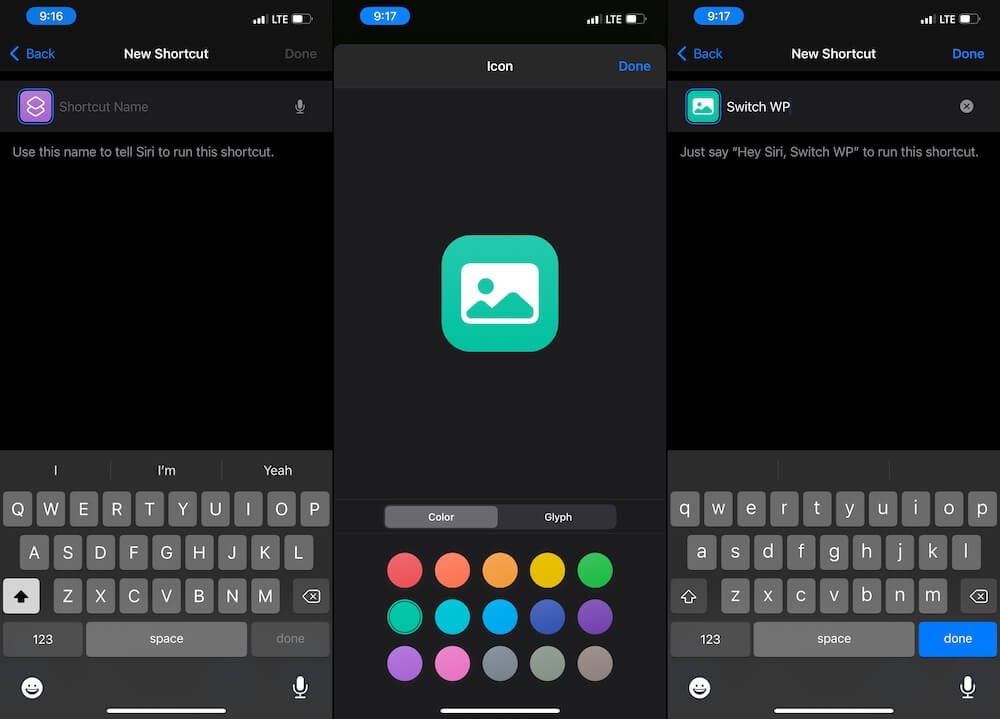 Then voila! Your custom Shortcut has been created and you can automatically switch your Home Screen wallpaper with just a tap. Be sure to keep your Wallpapers folder update with fresh options.

If you decide that you would rather not create the Shortcut yourself, there are a few versions on the web that you can download. One such version was created by Matthew Cassinelli, who used to work for the the Workflow team before it was acquired by Apple and changed to Shortcuts.

From there, the pre-created Shortcut will automatically be imported into the My Shortcuts section in the Shortcuts app. But the first time you try to activate this shortcut will be met with another series of dialog boxes. That’s due to the fact that you need to grant the “untrusted shortcut” access to the Photos app. Here’s how to get around that.

Add the shortcut to your Home Screen

In the event that you want to have the quickest access to this Shortcut, you’ll want to add it to your Home Screen. 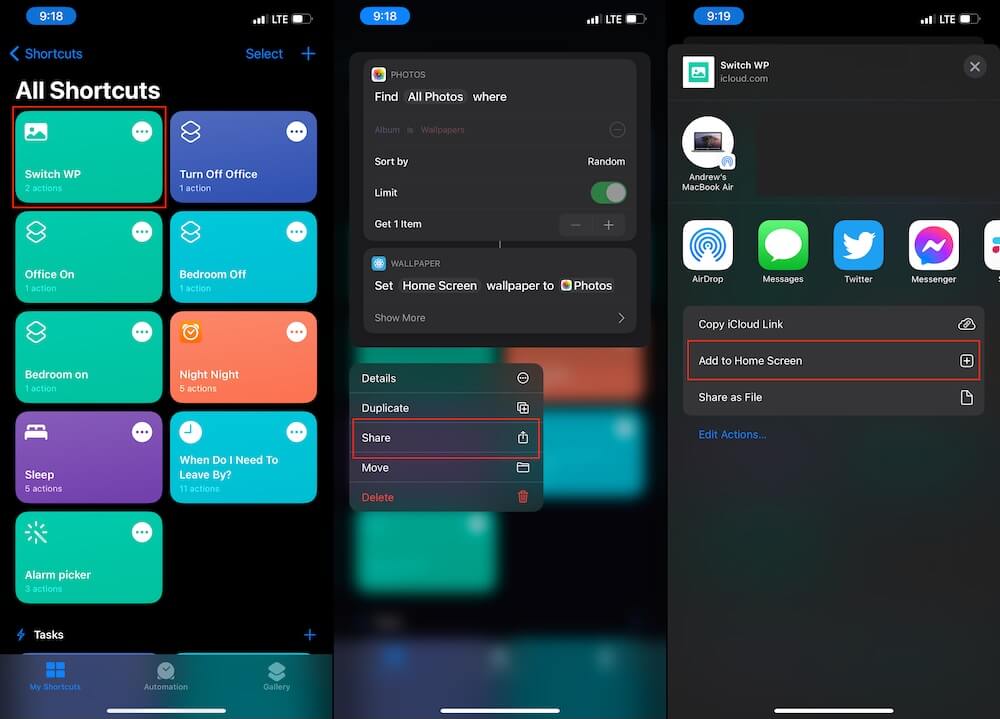 Shortcuts is one of the most powerful additions that Apple has provided for its devices, and it’s only getting more and more useful. Since it’s built into the system, and not just a separate app, we’re hoping that Apple continues to improve Shortcuts for the years to come.