You are here: Home / How-to / How to Block ‘Open in App’ Pop-Ups in Safari

One of the biggest reasons why Apple seemingly “held back” features from Safari on our iPhones has to do with the ways that various websites try to grab our attention. However, the overall experience was definitely hampered until Apple updated the iOS version of Safari with a desktop-class experience. However, when you try to navigate to some of your favorite websites, you might be prompted to open the landing page in another app. Twitter and Reddit are two of the most egregious offenders, as a prompt appears in the bottom half of the Safari tab, trying to force you into using the app as opposed to the web experience. Thankfully, there’s a new app that has exploded onto the App Store which does a fantastic job at getting rid of those annoying prompts.

How to Block ‘Open in App’ Pop-Ups in Safari 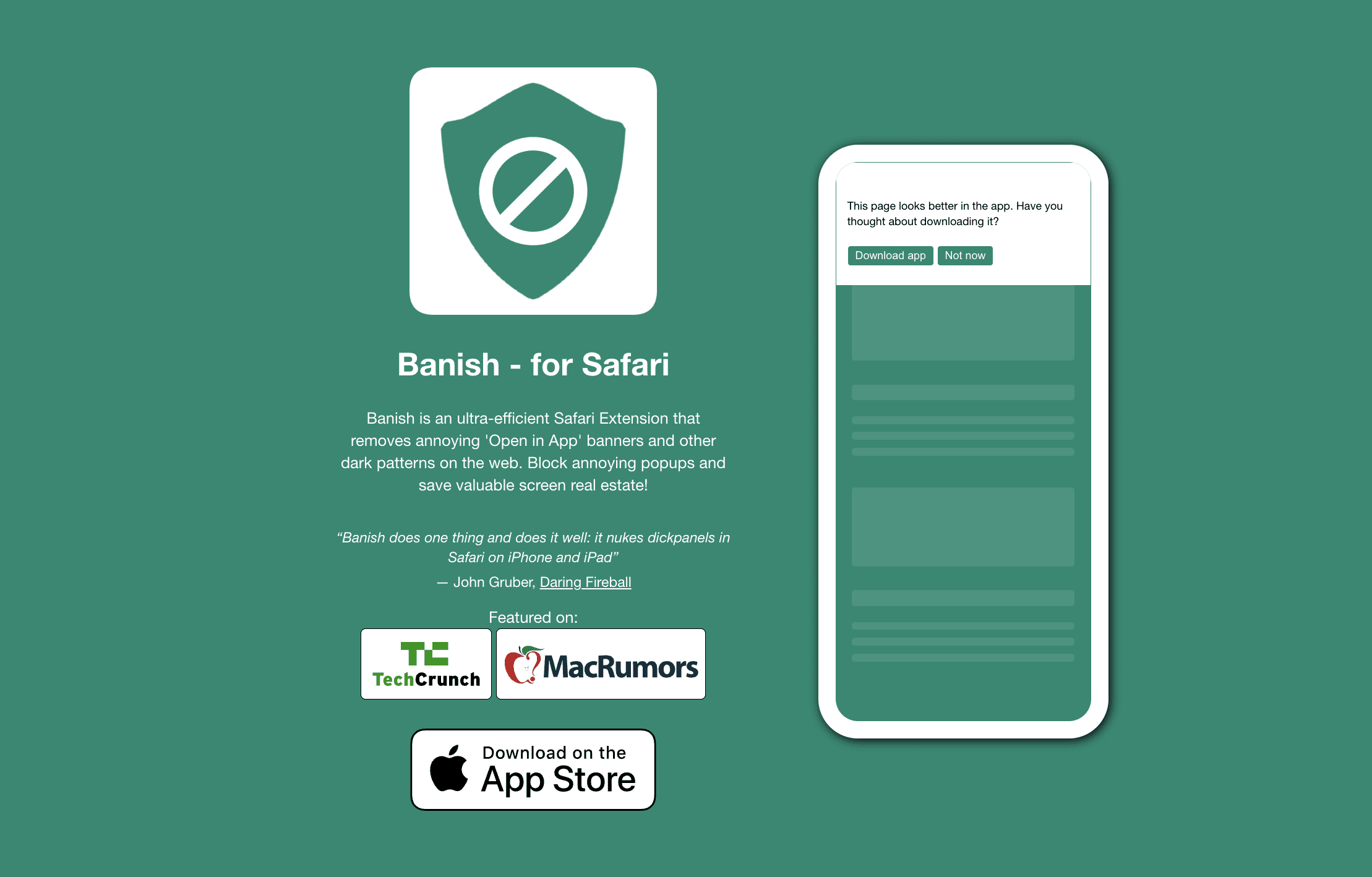 I first read about Banish after seeing it appear on John Gruber’s Daring Fireball blog, and was instantly intrigued. Admittedly, I wasn’t entirely sure what the goal of Banish was at first, but all it took was to head over to the accompanying website to see that this was one of those apps that became an “insta-purchase”.

Essentially, Banish is a content blocker for Safari that gets rid of the aforementioned ‘Open in App’ pop-ups that you regularly see when browsing Safari on your iPhone and iPad. It comes from a developer by the name of Alex Zamoshchin, and doesn’t try to do anything other than get rid of those pop-ups, providing an uninterrupted browsing experience. Here’s how you can block ‘Open in App’ pop-ups in Safari on your iPhone and iPad.

As a side note, there’s another way to work around the pop-ups for apps like Twitter and Reddit, provided that you are already using third-party clients. For example, Apollo for Reddit’s creator, Christian Selig, implemented a way for Apollo to “take over” the ‘Open in Reddit’ prompt that appears. When enabled, you’ll instead be able to be taken right into the Apollo app to view the Reddit thread or comment section. There’s a similar implementation available for the Twitter app with third-party clients such as Tweetbot and Aviary.