You are here: Home / How-to / How to see how many songs you have in your Apple Music or Spotify library 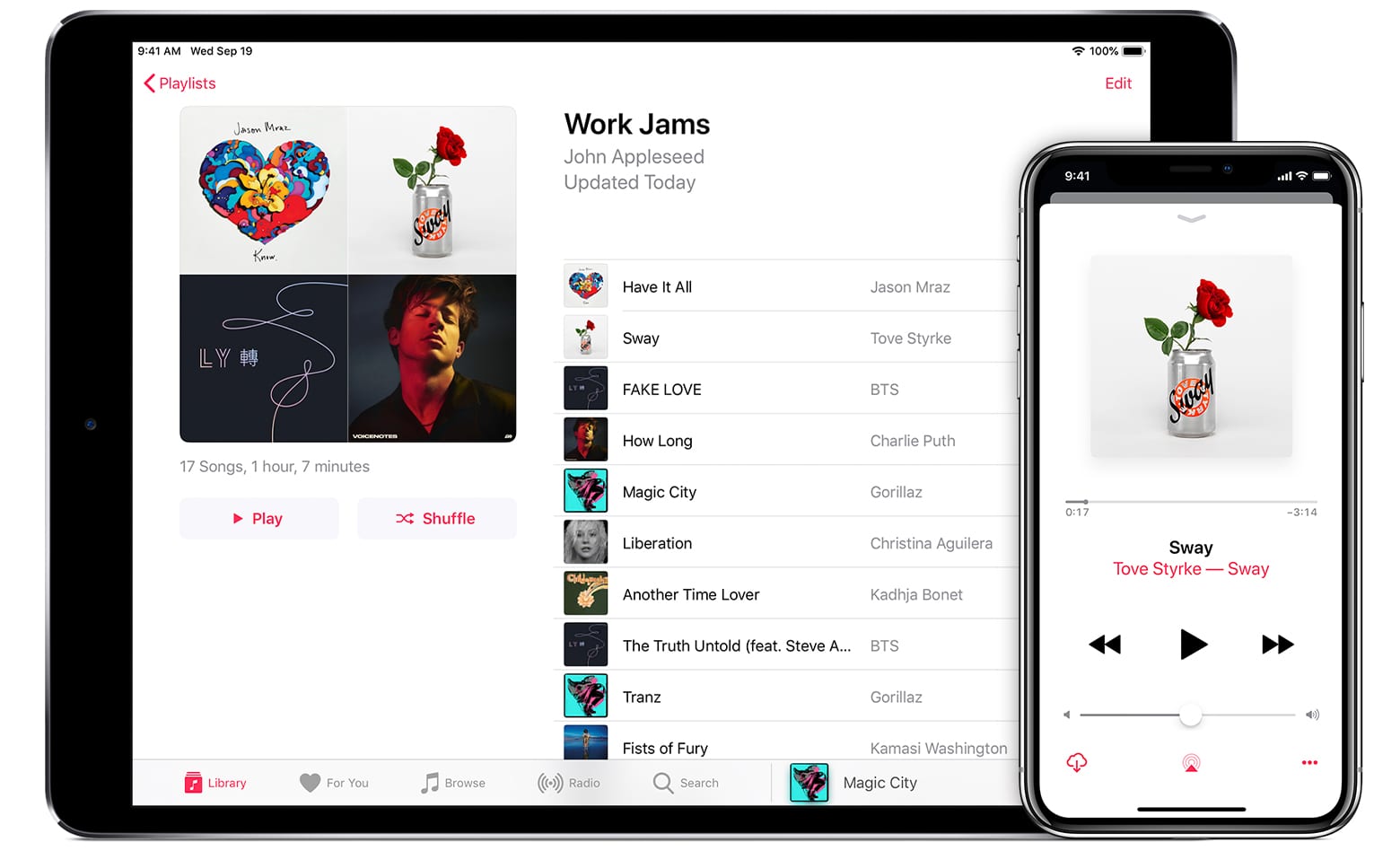 How many songs do you have on Apple Music or Spotify? It turns out that that’s actually a much harder question to answer than you might think.

That’s because neither streaming service offers an easy “song count” feature on iOS, Android, or even PC. With that being said, there are a couple of workarounds that you can try.

How to check how many songs you have on Apple Music?

To answer the question succinctly: there isn’t any way to see how many songs you have saved to your Library in Apple Music. At least, not on iOS.

On a computer, it is actually possible whether you have access to the Music app in Catalina or iTunes on Windows and older versions of macOS.

Just head to the Songs tab in your Music section. Once you’re there, select all of your songs and add them to a single playlist. Playlists, unlike your library itself, actually has a song count number on it.

You can, of course, do something similar on iOS or Android, but it’s a lot more tedious. You’d have to select every song on your smartphone and add them to a single playlist — which is easier said than done on mobile operating systems.

On iOS, you can actually figure out how many songs are downloaded to your device’s local storage through Apple Music or iTunes, however.

Just head to Settings —> General —> About. Scroll down and you’ll see a section for Songs. These are all of the tracks saved to your iOS device’s local storage.

How to check how many songs you have on Spotify?

Much like Apple Music, Spotify doesn’t really offer any type of way to figure out how many songs are actually in your Library. That’s true even for tracks that are downloaded locally to your device. There is a workaround for this, however.

You can select all of the songs on your various playlists and add them to a single playlist. Like with Apple Music, Spotify playlists will actually have a song count number.

Again, this is much easier to accomplish on a Mac or PC rather than a smartphone or tablet. (Also keep in mind that the mobile version of Spotify doesn’t appear to list song count under Playlists.)

It’s worth noting that the “Liked Songs” section of the Spotify app doesn’t list all of the songs you’re saved to playlists. It only lists the tracks that you’ve specifically Liked using the heart icon.

With that being said, it may be worth hitting that heart icon next to every track in your Spotify library. Once you’ve done that, you’ll be able to see a total count of all of the songs that you have.

So there’s no easy way to see all of the songs that you have in your Library. But there are a few extra tips that you can keep in mind if you want to keep your streaming services tidy and organized. Here are a few important ones.