Apple optimized iOS 11+ for all us iPad folks! This time around, Apple decided to place its energy and effort into making an excellent iPad user experience. That means that iOS 11+ includes a lot of unique “for iPad only” features. That’s the reason Apple tagged iOS 11 as “A giant step for iPhone. A monumental leap for iPad.” 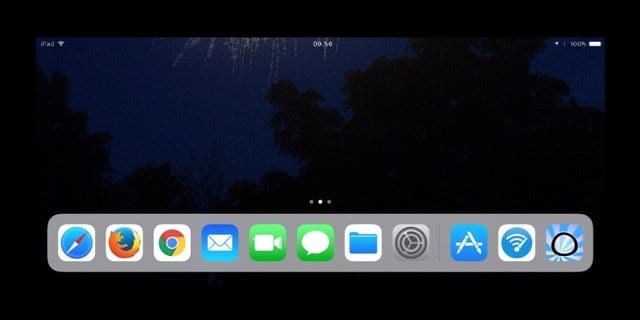 The foundation of these iPad-only updates is the iPad Dock

This new Dock transforms your iPad into something a lot more productive and a heck of a lot more user-friendly. For Mac users, this Dock looks very familiar–it’s your Mac’s central station, allowing quick access to your favorite and frequent Mac applications. And now, it’s available on your iPad from any screen, in both portrait and landscape mode. Your Dock follows you!

With a quick tap, you open and switch to all your favorite apps instantly 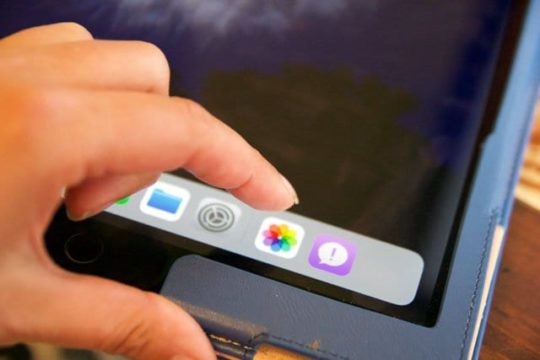 Adding your favorite apps is easy–just tap that app and drag into your Dock. You can even add folders to the Dock–just drag a folder down in the same way as an app. With folders, you access a bunch of apps, all through your Dock without taking too much Dock real estate!

Want to remove an app from your Dock? That’s easy too! Just tap it, drag it, and drop it into your new location or folder. 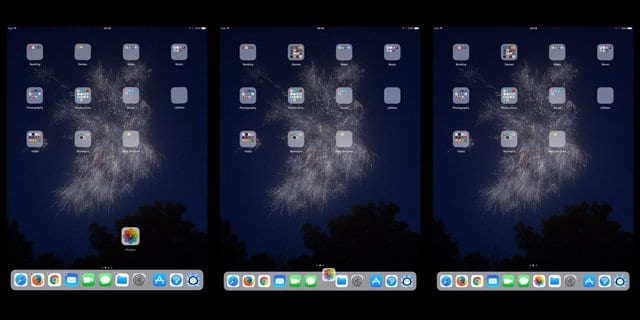 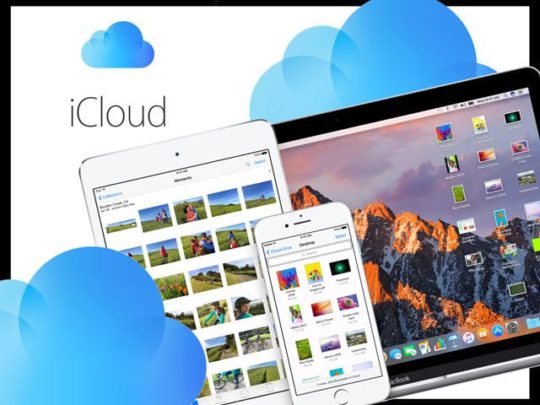 And with iCloud and Handoff enabled, your iPad Dock works across devices to show the apps last used on your iPhone, Mac, or any other device signed in with your unique Apple ID.

Apple designed your iPad Dock with intelligence, so it even suggests apps, like ones you recently used on your iPad.  All these recommended apps appear on the right side of the Dock, just next to all your favorite apps. 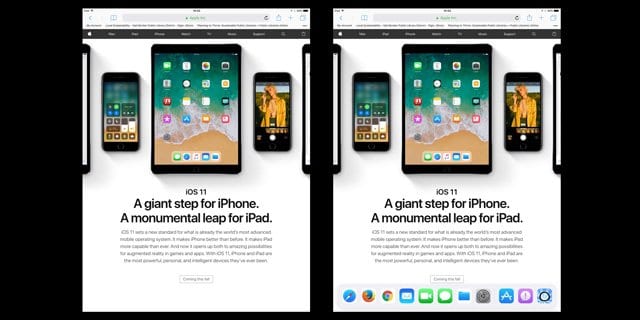 Opened an app and now the dock’s not showing? Quickly swipe or flick from screen bottom towards screen center to make your Dock visible.

Some users have noticed that their iPad dock simply disappears from the main screen. If you are having this issue on your iPad/iPad Pro after updating to iOS 11, there is a temporary workaround that can help until Apple fixes the issue.

Tap on Settings > General > Multitasking & Dock. In the Dock section below, Disable “Show Suggested and Recent Apps”. This should fix your issue but then you lose an important functionality of the dock.

Don’t Want to See Your Dock?

And if the Dock’s getting in the way of your app experience, a quick swipe down on the Dock hides it temporarily, so you get the best out of your app and your iPad. The dock should hide when any App is open, excepting when you swipe up from the bottom.

We discovered however that if you’re using an app (like many game apps) that requires swiping from anywhere near the bottom of the screen, you often inadvertently bring up the dock!

Reader Wes had this additional tip for folks that don’t want to see the Dock on their Home Screen(this works for some, not for others)

Want the Option to Disable the Dock in Apps? Consider Submitting Feedback

If you really don’t like the iPad Dock and find it’s getting in the way of game-play, please think about letting Apple know. The best way to give Apple your user experience and feedback is via their feedback site.

So consider letting Apple know about your issues with the iOS 11 Dock.

Has Your iPad Dock Moved?

A few of our readers find that their iPad Docks move to other places on-screen, usually in the middle of the screen but occasionally in the top or lower 1/3 of the screen. And that makes using (and working with) your iPad a real pain! 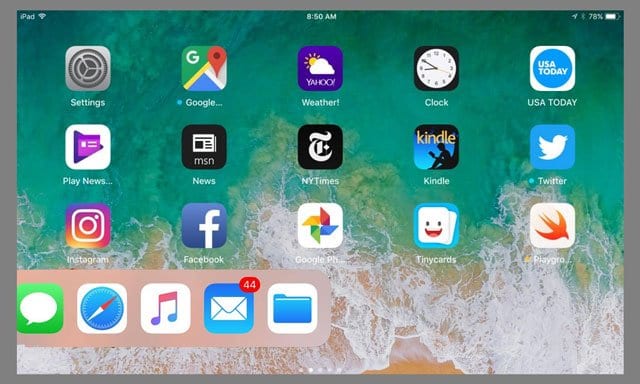 Our readers discovered that their iPad’s Dock often moves when playing apps and games that play embedded videos OR when playing iPhone-only (meaning no iPad version is available) apps and games on their iPads in landscape mode. What’s happening here is that these apps and game change your iPad’s screen resolution, causing display problems

If Your iPad’s Dock Moved or Floats Around, try these tips (one at a time)

Swipe up past the dock, and you find the App Switcher, your iPad’s multitasking interface PLUS control center. If swiping up isn’t your game, double press the home button.

Want to disable the Dock showing your most recently used apps?

Look at the option under General > Multitasking and disable Show Recents. When disabled, only apps that add to the dock show up. 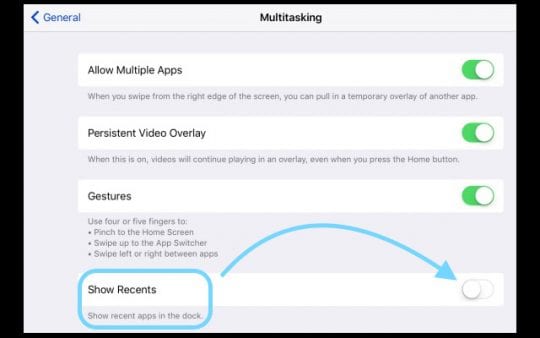 Adding and Removing App icons from your Dock

As you work with different apps, the dock gets populated with appropriate app icons. Since there is only so much real estate available for you on the new dock, you manage which app icons you want to keep on the dock and the ones that you want to remove.

To remove a dock icon, press and hold the app icon on the dock for a quick second and drag it out of the dock to your iPad main screen.

Similarly, you can drag and drop the app icons on the dock to rearrange it in the order that you would like. The thing to keep in mind is that if you press for too long, the app deletes functionally with the ‘x’ next to the app icon shows up. You will need to press the Home button to exit out of it.

This New Drag and Drop functionality on the iPad is really refreshing!

How You Press Apps Matters on iPad!

If you press too long, your apps enter deletion mode Second, to make the apps shake, you need to tap/hold one for a longer time.

Quick Peek of Your Latest Files from the iPad Dock.

You can work with different types of files on your iPad using the new Files App. After you have opened up the Files app, it will show up on your iPad dock at the bottom of the screen.

Now, let’s say that you have moved on to another app such as Notes to do some editing, here’s an easy way to use the Dock to get back to the files that you were working on using the Files App. 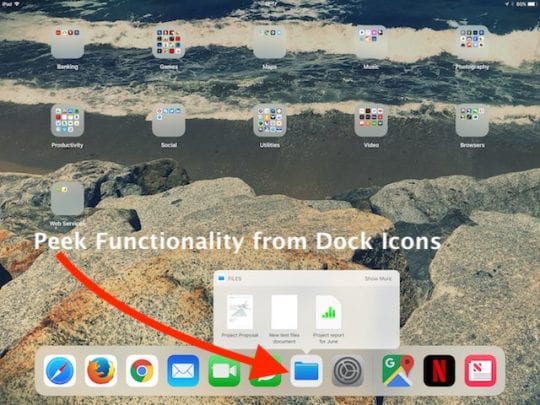 Press and Hold the Files App icon on your iPad Dock for a quick second. It automatically brings up the files that you were working on. Tap on it and it will take you to the document.

We definitely think that Apple is going to be adding more bells and whistles to the ‘peek’ functionality as iOS 11 gets ready for the general release.

Use Your iPad Dock icons to Start Multitasking

To use this feature, your iPad has to be enabled to use multitasking.

To turn Multitasking features on or off on your iPad, go to Settings > General > Multitasking, then do the following

Now in order to test this iPad Dock function, open an app on your iPad. In this example, we open up the Photos app by tapping on the Photos app icon on the dock. 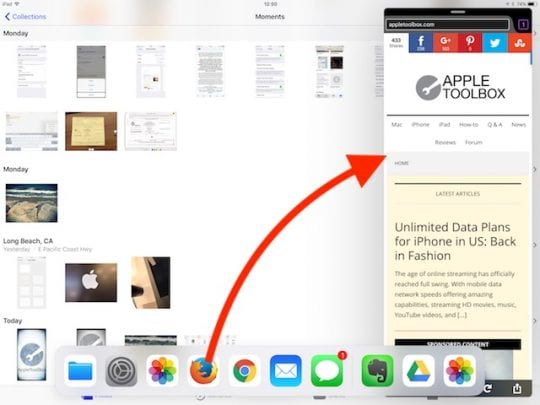 Get the iPad Dock by swiping up from the bottom of the screen.

Drag another app icon, in this example; we are going to drag and drop Firefox icon onto the Photos main screen.

This action opens up the new Firefox session as a split view right along with your Photos screen. You can write a note using the Notes app and simply invoke your browser to research a topic alongside all from the new dock.

Please note that you can use the split view functionality only on the iPad Pro, iPad (5th generation), iPad Air 2, or iPad mini 4, and reader John says it works on his mini 3 too! Awesome. Let us know if it’s working on any other devices—the more, the merrier.

Need Another Way To Open a Multitask Session?

Press your home button and find an app’s icon on the home screen. Long-press on an app icon until it floats (not wiggles.) To open a float or split view, tap a different app’s icon (in the Dock, App Switcher or elsewhere) to launch it. Release the floating app, and it switches to Slide-Over or Split-Screen Mode.

These three features in the new iPad Dock show a lot of promise when it comes to features such as drag and drop and long press for additional information.

Based on how the Files app long press works on the dock, it is very much possible that other apps including third-party apps can be extended to support this feature.

For example, when you long press on the Mail icon on your dock, it could show you the latest e-mails that have arrived or show you a shortcut to open a new e-mail draft. Although the iPad still doesn’t quite support the concept of 3D Touch, some of these  features in the iOS11+ iPad Dock suggest that there is more to come for making the iPad users happy!