You are here: Home / How-to / This iCloud Keychain feature could be draining the battery on all your devices. Here’s how to fix it 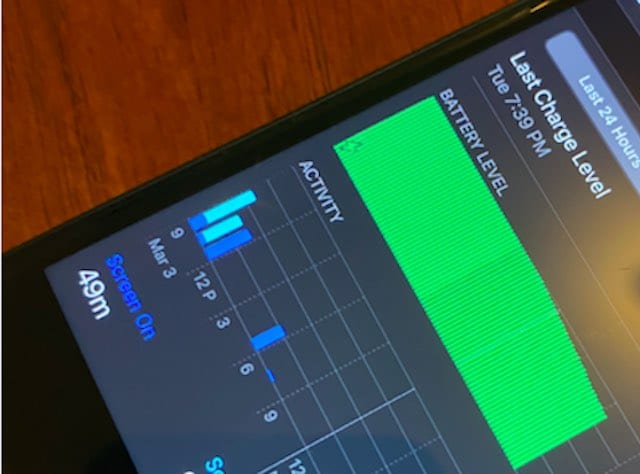 Are you experiencing excessive and unusual battery drain on your iPhone and Apple Watch? There could be a lot of reasons why. And one of them, unbeknownst to many, is iCloud Keychain.

So if you’ve recently updated a Mac to Catalina and are seeing drastically reduced battery lives on your other devices, here’s what you should know about the problem and its solution.

That’s according to one intrepid Redditor named Advanced_Path, who dig a bit of digging and figured out that a bug in macOS Catalina was causing the battery drainage issue on iPhone.

This may be causing excessive battery drain

According to the Reddit post, macOS Catalina introduced a process called TrustedPeersHelper. Essentially, it keeps tabs on the database that manages iCloud trust across your devices.

But many users are noticing that TrustedPeers is using up a lot of system recourses on Catalina Macs. And after a bit more digging, those users discovered that the same process was draining resources on iOS and watchOS, too.

In other words, there’s a bug affected a new iCloud Keychain process. The bug causes the process to use too many system resources at all times. That, in turn, is causing excessive battery drain.

It doesn’t matter how many or what kind of Apple devices you use. As long as you have one macOS Catalina device, it seems like you could be impacted by this bug.

Note that this may not be the cause of iOS and watchOS battery drain. But if you’ve tried every other troubleshooting step and nothing is working, this is worth a shot.

The solution to excessive iOS and watchOS battery drain

Those same Apple users who discovered the issue with TrustedPeers also found a potential solution. It’s a bit involved and technical. But, again, if nothing else has worked, it’s worth a shot.

At this point, you’ll want to monitor the CPU usage for TrustedHelpers on your Macs. Over the next few days, keep tabs on your iOS and watchOS battery lives.

While it’s a bit complicated, it seems like the above fix has worked for many users experiencing excessive battery drain.

Please let us know if you have any questions or concerns.