You are here: Home / iPhone / Wi-Fi Password not working on iPhone or iPad? Check these settings 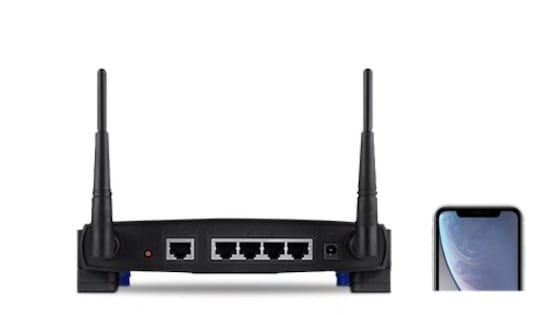 Running into trouble with Wi-Fi connections on your iPhone or iPad after updating your iOS? You know you have the right password but your Wi-Fi still doesn’t’ cooperate? You’re not alone — and we’re here to help.

There appears to be several different issues or bugs associated with Wi-Fi connectivity in some of Apple’s latest mobile operating system update. If you’re experiencing any Wi-Fi weirdness after updating, then read on so we can help troubleshoot your exact issue.

Shortly after iOS 12.3 was first released to the public, iPad and iPhone users began experiencing a variety of Wi-Fi-related issues.

That includes problems logging into a WPA-protected Wi-Fi network (even if the user has the proper password). But it may also result in generally poor Wi-Fi performance or Wi-Fi connections that drop intermittently.

At least some of the problems appear to have persisted through iOS 12 to iOS 12.3. While it isn’t clear how widespread the Wi-Fi bugs are, problems with Wi-Fi in general look like they’re fairly common.

Before you proceed with any deeper troubleshooting, we recommend taking the following steps to root out any common connectivity issues.

In many cases, it appears that these specific Wi-Fi problems originate with the router settings. But before we get to that, there are a number of things you should try on Apple’s side that can help.

First off, make sure you’ve updated to the latest version of iOS that’s currently available. Apple regularly squashes bugs in its software releases and it’s possible that the latest iOS version has solved your particular Wi-Fi problem.

Once you’re running the latest version of iOS, try these steps.

In the worst case scenario, you may want to carry out a complete restore of your iOS device. But we recommend holding off that this drastic step until you address the router’s side of the problem.

Check your router and System ID

If the prior iOS-based steps didn’t mitigate the Wi-Fi issues, then the problem may be with your router’s network bands. To be clear, this could still be an iOS bug — but the bug could be caused or related to the exact settings or available network bands on your router itself.

Keep in mind that router makes and models vary. We’ll keep this article as generalized as possible, but you may need to refer to your own user manual or router manufacturer website for specific instructions.

According to anecdotal user reports, iOS 12 could be having problems connecting to wireless networks when a router has both 2.4 GHz and 5 GHz network bands.

In any case, many modern routers offer two Wi-Fi networks, one for each band.

More specifically, users seem to run into problems when the SSID and password for the 2.4 GHz and 5 GHz networks are the same. It isn’t clear why this is but it may be related to iOS “roaming” between both bands and getting gummed up in the process.

If this all sounds extremely technical, don’t worry — we have your back. SSID is basically just the name of the network, the name that appears in your iPhone’s Wi-Fi menu.

Check your Wi-Fi SSID to fix this issue

As far as we can tell, changing the SSID and password for one of your router’s two network bands appears to solve this issue.

You can pretty easily figure out whether or not the SSID (network name) is the same by checking the back of your router. In most cases, there should be a sticker that states the network name for both bands. If there’s no sticker, you’ll need to log into your router, which we’ll get to.

Once you figure that out, you can proceed to changing the SSID for one band. All you need to do is open up your favorite web browser and type in a special URL into the address bar.

Generally, one of the following addresses will work, though it depends on your exact model.

The username and password is usually “admin” and “password,” unless you or someone else has changed it.

Once you get to the router’s control panel, there is typically an easy way to change the SSID (network name) and password for each band. Again, the router options vary by manufacturer, so check your user manual or manufacturer instructions if you run into any trouble.

Change the SSID and password for one of the two bands to something memorable (but make sure to use a secure password).

When all is said and done, just monitor your iOS device for Wi-FI performance.

While you’re in your router’s control panel, it may be worth checking around to see if it is up-to-date as far as the latest firmware.

Many modern routers will update their firmware automatically. But if you’re on an older router, then you may need to routinely update the firmware manually. If this is the case, there usually is a prominent “firmware” or “update firmware” button in the router’s control panel.

If there isn’t, we recommend you read up on firmware versions and update status in your user manual or on the manufacturer website.

A note about Smart Connect

Again, users with iOS 12 installed on their devices seem to only run into problems when a 2.4 GHz band and a 5 GHz band are set to the same SSID. When Smart Connect is enabled, they will be.

Because of that, we recommend disabling Smart Connect and seeing if that alleviates any Wi-Fi performance or dropping issues.

To figure out if your device has Smart Connect, search the make and model of your router. If it’s enabled, try disabling it (refer to your user manual or instructions on the router maker’s website).

Is Apple going to fix this problem?

From our understanding, Apple has identified the issue and is currently working on a fix. We recommend that you install any new iOS updates as soon as they come out.