You are here: Home / iPhone / 8 iOS Workarounds for Popular Features Usually on Android

When it comes to smartphone operating systems, you really have two choices: Android and iOS. While similar, they’re also pretty different — which can make switching from one to the other somewhat difficult.

If you’re switching to iOS, you should know that there are a slew of things that make the operating system great. There’s no bloatware, security and privacy protections and strong, and Apple products are just generally well-made and intuitive.

On the other hand, there are also several features Android has that iOS doesn’t. There isn’t a way to add these features to the iPhone, but there are some workarounds you can try to mimic some of the missing functionality. 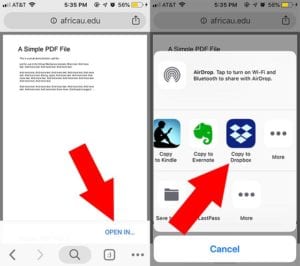 If Android has one thing over iOS, it’s a simpler file management system. Downloading and opening various media and files can be a bit clunky on Apple’s mobile operating system, but there are a few workarounds you should consider.

Third-party options like Dropbox are great for saving, opening and viewing PDFs. Of course, these files won’t actually be on your device — they’ll be in the cloud. And you want to download a YouTube video directly to your Camera Roll, there’s actually a Shortcut for that. 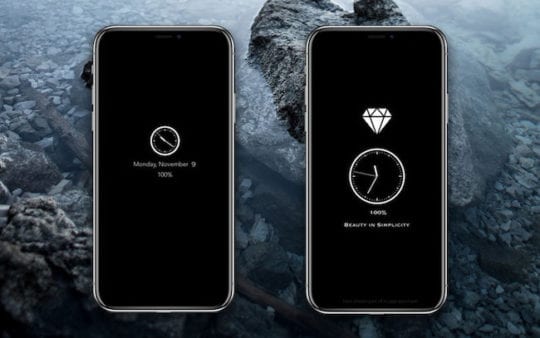 Some newer Android devices, particularly OLED ones, let users enable an “always-on” display mode. This is useful for being able to see various information on your smartphone at a glance. While iOS has raise-to-wake, there isn’t an option to have an always-on display — even on its OLED devices.

Like many other things on this list, there is a third-party solution. It’s called OLEDX and it’s a free download on the App Store. Combined with the baked-in Guided Access feature, OLEDX can display useful information without the phone falling “asleep.” And as long as you’re on an OLED device, it won’t kill you battery because of the way that OLED screens display black pixels. 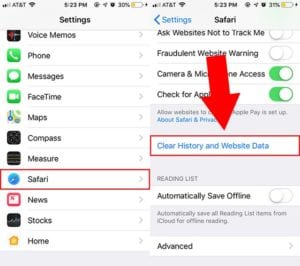 As a baked-in feature, Android allows users the ability to clear out the cache and app data for the various applications on a device. That can come in handy to free up space and deal with potential app bugs. iOS doesn’t really a systemwide feature, but there are a few workarounds.

On iOS, you can clear an app’s data by simply deleting and reinstalling it. You can also clear the caches on web browsers. Safari’s cache can be cleared in Settings—> Safari—> Clear History and Website Data. For Chrome, it’s in the three-dot menu > History > Clear browsing cache.

Androids have long had the ability to read and use NFC tags to automate various tasks. (This being before the advent of Siri Shortcuts.) While many iPhones have NFC built-in, Apple has only recently opened its NFC chips up to third parties.

Newer iPhones have the ability to read NFC tags, even in the background. And we expect Apple to add NFC support for Shortcuts sometime in the future. But in the meantime, third-party app Launch Center Pro is a similar workflow automation app that supports NFC tag reading. Users can buy customized NFC tags from the company, too. 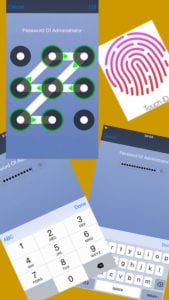 Certain Android devices have something akin to a “private space” where users can store sensitive files, images and apps and protect them with a password. On Samsung devices, for example, this is called a Secure Folder.

iOS doesn’t have a direct native analog, but there are a variety of third-party apps that allow users to password protect data. Just look up “private photo” or “photo safe” on the App Store. A well-rated option is Secret Vault Lock Photos Photo. On a related note, some apps — like WhatsApp — also allow support Face ID locking. We expect more apps to do so in the future. 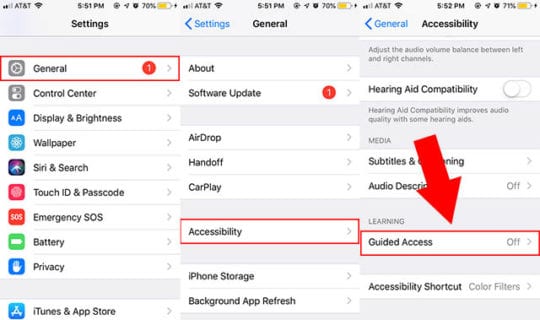 iOS doesn’t have a dedicated Guest Mode like Android does, but there’s actually an accessibility feature that can be used as a workaround. It’s called Guided Access, and it’s enabled in Settings —> General —> Accessibility —> Guided Access. Be sure to set a passcode.

Then you can use Guided Access the next time you want to open Phone and hand your iPhone off to a friend. Triple-click the Home button to activate it and select Options to disable the Home button. With it enabled, no one will be able to exit out of the currently open app or access other parts of your phone without the passcode. 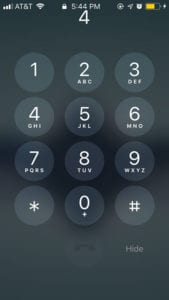 Recording a phone call may be necessary for a variety of reasons, whether legal or sentimental. It’s fairly easy on Android, but a bit trickier on iOS. It’s not impossible, however. (Make sure to tell the other party you’re recording them, otherwise you may be breaking the law.)

There are some third-party apps that can record phone calls, but they typically aren’t free. A free option may be Google Voice, which allows users to record incoming calls to their Google Voice number (which can be forwarded to your primary number). All you have to do is tap 4 on the iOS number pad during a call. 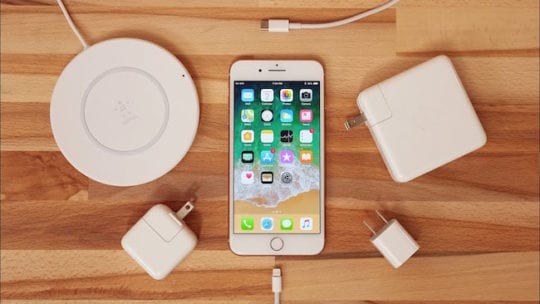 Most modern flagships offer some type of USB Type-C fast charging. That includes Android, but it also includes newer iPhones. You may not have known that, though. Apple didn’t really make any major announcement about fast charging on its newer devices — but it’s still an available feature.

Unfortunately, you’ll need to buy some separate accessories to take advantage of it. You’ll need a USB-C to Lightning cable and a USB-C power adapter that supports the fast charging standard. There are third-party adapters available, and third-party USB-C to Lightning cables are coming soon. Just make sure you purchase an MFi brand that you trust.

Switched from Android to Apple? Congratulations. We hope that you found these tips helpful. Please let us know in the comments below if you have any questions.