You are here: Home / News / Apple Ditches the Bezels and Home Button With the 2022 iPad

Ever since Apple introduced the 2018 iPad Pro with its redesign, Apple has been slowly and methodically bringing the same design elements to other iPad models. The 2022 iPad Pro models keep this same design, while it has also come to the likes of the iPad Air and the 2021 iPad Mini. But Apple’s entry-level iPad has retained the previous design, while also still sporting a Home Button. Now, that’s all changed with the 2022 iPad, which has been completely overhauled from top-to-bottom, and everywhere in between.

With its entry-level iPad, Apple has been sticking to the tried and true nature of “if it ain’t broke, don’t fix it”. That includes keeping the same 10.2-inch Retina display, along with being one of two devices, along with the iPhone SE, to include a Home Button. But with the 2022 iPad, Apple threw that design out the window, bringing the excellent squared-off design to another model.

This time around, you have a 10.9-inch Liquid Retina display, likely the same one found in the latest iPad Air. In fact, there aren’t very many differences between the iPad Air and the 2022 iPad, with one exception being the chipset. Apple needed a way to try and keep costs low while also differentiating the lineup, so the 2022 iPad is powered by the company’s A14 Bionic chip. This was first introduced with the iPhone 12, and is still kicking around with this new iPad model.

Another major change with the 2022 iPad includes a 12MP wide-angle camera on the back, to go along with the 12MP “Landscape Ultra Wide” selfie camera. But it seems that Apple is finally starting to listen to the critics, as the front-facing camera is no longer found at the “top” when holding the iPad vertically. Instead, you won’t have to worry about awkward placement when participating in video calls. Plus, this upgraded camera brings Apple’s Center Stage functionality, and the new camera placement will do wonders to keep you centered in the frame when you need to be. 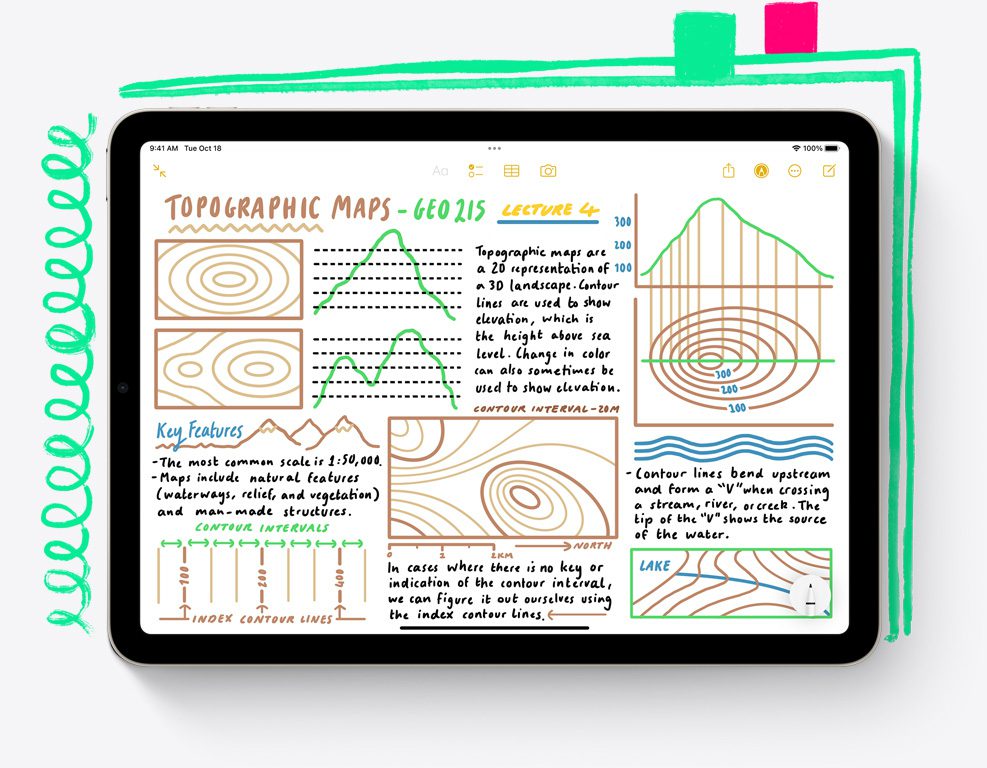 Other key features of the 2022 iPad include offering either 64GB or 256GB of storage, which is disappointing, but unsurprising. There’s an all-new Smart Connector on the bottom (in landscape orientation), which provides the necessary connections for the all-new Magic Keyboard Folio. While we can’t help feeling like this is just the Logitech Combo Touch Keyboard Case, Apple is now making it possible for you to take your iPad with you to get work done.

The Magic Keyboard Folio itself features the same great trackpad that you’ll find on the other Magic Keyboard models. But now, the back case of the keyboard operates as its own kickstand, similar to what you would find with Samsung’s Galaxy Tab S8 keyboard and Microsoft’s Surface Pro lineup.

Apple also made another change with its new Keyboard Folio, as there is now a 14-key function row at the top, which includes an Escape key, brightness, and media controls, along with a few other shortcut buttons. It’s something that we hope to see Apple bring to a future, updated, version of the Magic Keyboard for the iPad Pro and iPad Air.

Making matters even more confusing, the 2022 iPad now charges via USB-C, becoming the latest iPad to remove the outdated Lightning adapter. Because of this and the fact that the first generation Apple Pencil charges over Lightning and not USB-C, Apple has released its USB-C to Apple Pencil Adapter.

On the bright side, if you don’t already own an Apple Pencil, you can grab the 1st generation Pencil and it will include the USB-C to Apple Pencil Adapter in the box. Otherwise, you’ll need to pick up the adapter separately. 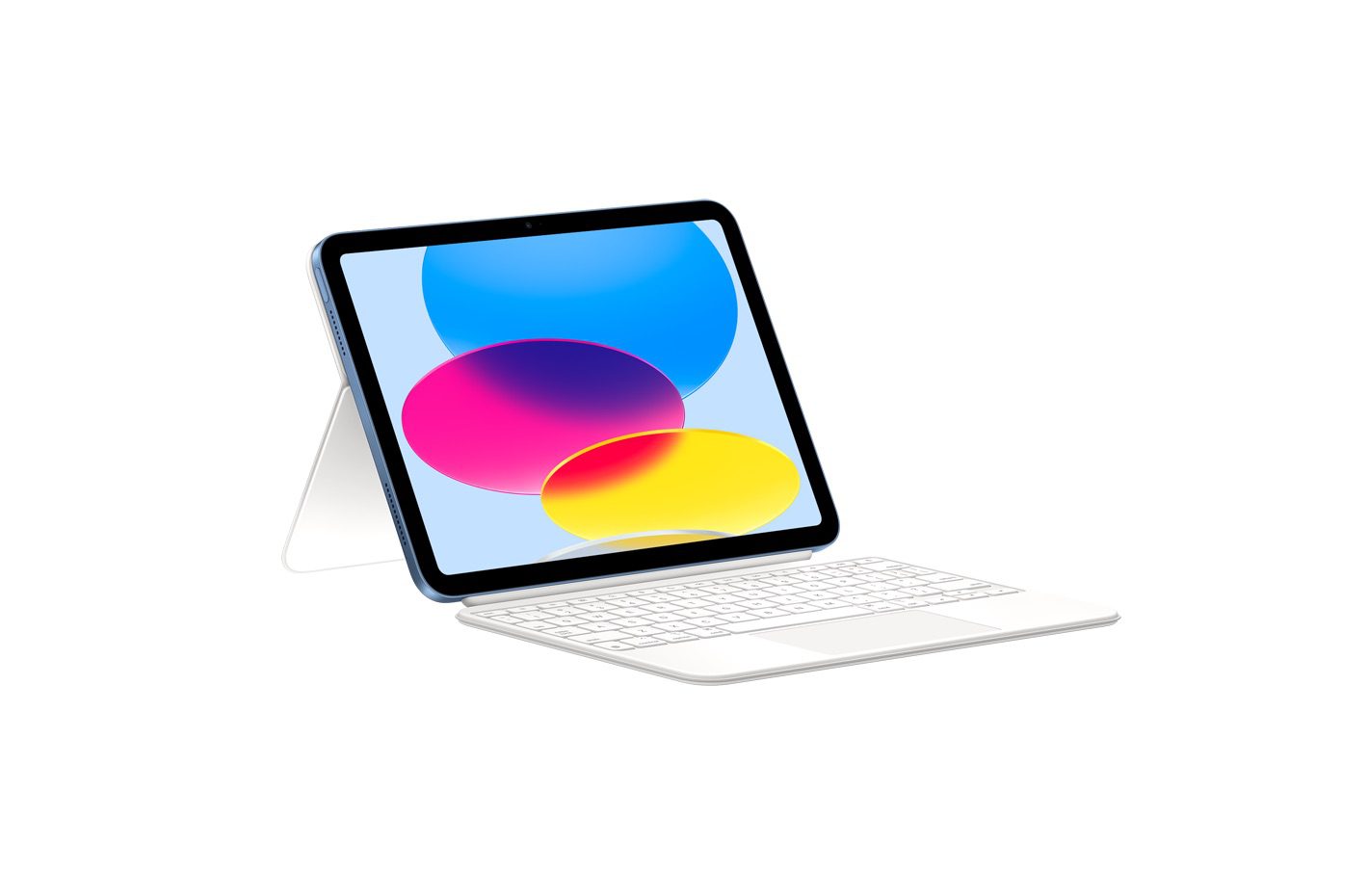 Much like the all-new 2022 iPad Pro models and the updated Apple TV 4K, if you’re interested in picking up the 2022 iPad (10th generation), you can pre-order one starting today. Pricing for the 64GB base model comes in at $449 for the Wi-Fi version, and the Wi-Fi + Cellular model is priced at $599.

Additionally, the new Magic Keyboard Folio is priced at $249, and is only available in White, while the 1st generation Apple Pencil can be purchased for $99. Pre-orders for the 2022 iPad and its various accessories are available now, and Apple states its latest iPad will arrive in stores starting on October 26.