While Apple Music has gone to great lengths to try and overtake Spotify for your music streaming needs, there’s a rather frustrating problem that hasn’t been addressed. Well, it hasn’t been addressed by Apple at least. And that’s the fact that the desktop client on either Windows or macOS just isn’t as optimized as one would hope. It’s great to be able to access your entire music library and the vast streaming library offered by Apple Music on your computer, but if the app isn’t that great, you probably won’t end up using it.

Unfortunately, there aren’t really all that many alternative solutions for you to consider if you find yourself wanting to continue using Apple Music without using the desktop client. Thankfully, there is now some hope in the form of Cider. 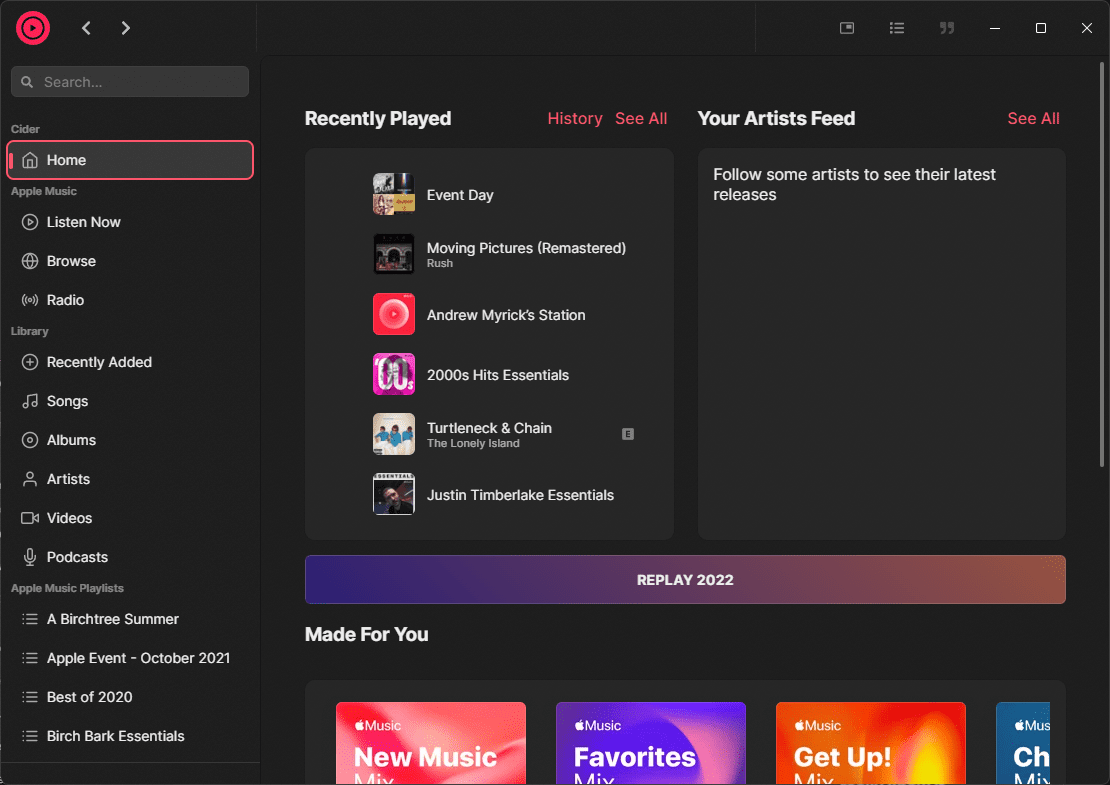 If you’ve done some research into finding the best Windows Apple Music app in the past, you might have come across “Apple Music Electron”. Well, that app has evolved and transformed into Cider. According to the developer, this is “an open source and community oriented Apple Music client for Windows, Linux, macOS, and more.” But there’s a lot more going on here other than just offering an alternative to the iTunes on the desktop.

Along with being able to play your favorite music and accessing your Apple Music playlists from its interface, Cider offers a few other features that you would have a hard time finding elsewhere:

These may not seem like much, but the fact that this third-party client includes all of this functionality just adds to the usefulness and versatility.

Starting off as Apple Music Electron we strived to build a open source client for Apple Music that wasn’t caught up in Apple’s horrible locked in ecosystem and allows for some breath-ability in your experience. This project was later replaced with what we have today called Cider.

Cider itself is available on pretty much any platform that you might want to use it on, and there’s a free trial available if you want to give it a test drive. From there, it’ll run you just $0.99 and is even available in the Microsoft Store, making it easy to download and not have to worry about manually downloading updates in the future.

As for that “Remote Control”, this is something that is truly unique. While you can essentially use the Spotify app to do the same thing from your phone, there’s no such option for Apple Music. When you are listening to music on the desktop, you can’t just skip around or find something else to listen to using the Music app on your phone. Cider solves that problem with its standalone Remote app.

Cider’s Remote Control app is also available on both iOS and Android, so you don’t need to have an iPhone if you want to control your music playback from your phone. The only “catch” is that the iOS app is not available through the App Store just yet. Instead, you’ll have to download Testflight and install the beta on your compatible devices. Meanwhile, the Android app is already available on the Play Store and is free to download.