You are here: Home / Apple Watch / How To Set Up Dual SIM or eSIM for Apple Watch

Thanks to dual SIM and eSIM, you can now activate a second cellular plan from your carrier (or another one) on your iPhone. In doing so, you can seamlessly use two numbers on your device to make voice calls and send/receive SMS and MMS.

If you own an Apple Watch with GPS + Cellular, you can also use this service on your wearable device. Here’s how you can do this.

As we previously noted, dual SIM with an eSIM is available on the newer model iPhones (like the 11, XS, and XR.)

On unlocked devices, you can use different carriers with each account. If you’re making monthly payments on your iPhone, your carrier probably has your device locked. If this is the case, you can only use eSIMs that are from the same carrier.

However, some carriers (like Verizon) no longer lock their SIMs so it’s possible that you can have an eSIM from another carrier on a Verizon iPhone that still under a payment plan. Your best bet is to call your mobile phone carrier and ask them about eSIM support. Do this before ordering an eSIM plan from another carrier.

Once you set up a second cellular plan on your iPhone, you can begin using it on your Apple Watch with GPS + Cellular. 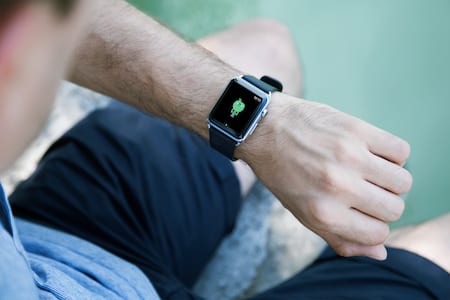 The Difference Between Dual SIM and eSIM

From a customer standpoint, there isn’t much of a difference between dual SIM and eSIM. They both allow you to have two distinct plans on your iPhones with eSim/dual SIM support. In doing so, both give you the ability to make and receive calls and text messages from two separate numbers.

An eSIM is an embedded software solution as opposed to a physical one. Because of this, you could feasibility add multiple eSIMs on your iPhone at the same time. However, only one is usable at the same time. eSIMs aren’t new to Apple. You’ll find eSIMs on many iPad Pro models, including the 2018 models, and the Apple Watch Series with GPS + Cellular.

For everywhere but China and its regions, you’ll use eSIMs to set up a second line. In China, dual SIMs are necessary. As the name suggests, this is achieved through the use of two physical nano-SIM cards.

Please keep in mind that adding a second cellular plan isn’t free. You’ll be required to purchase the second line and pay all of the monthly expenses to keep it. With that being said, you can purchase these plans on a month-to-month basis to suit your needs.

There are some key advantages to using a dual SIM or eSIM. Specifically, this type of feature is ideally suited for those who want one number for business and another for personal use. It’s also beneficial when traveling and you need a local data plan. The feature also works if you’re intent with having separate voice and data plans.

To set up a second cellular plan on your Apple Watch, you’ll need to establish the first one during your initial setup.

Once you’ve established a second mobile account on your iPhone, perform the following steps to use both services on your Apple Watch with GPS + Cellular:

To switch between accounts on your wearable device:

Responding to Calls or Messages on Apple Watch

Using eSIM on Apple Watch is slightly different, depending on whether your Apple Watch GPS + Cellular is connected to your iPhone.

Apple Watch and iPhone Are Connected

When the devices are connected, you can get calls and messages from both plans directly on your Apple Watch.

When you receive notification of a call or message, you’ll see a badge indicating which plan is being used. In this situation, your Apple Watch automatically responds using the same cellular plan.

When you’ve left your iPhone at home, whether you receive calls and messages from both plans will depend on the current status of that phone.

If your iPhone is turned on, but away from your Apple Watch, you can receive calls and messages from both plans. When you respond, your watch automatically uses the plan in which the call or message was received.

When your phone is off, you only receive calls and messages on your Apple Watch from the currently active plan. You can, however, change which plan is active by going into the Settings app under Cellular on your watch.

Using eSIM or dual SIM on your iPhone and Apple Watch is a new offering from Apple. As such, it’s not yet supported by many carriers around the world. If you’re interested in activating a second cellular plan on your devices, your best bet is to contact your carrier and see what current steps are necessary.

These steps tend to vary by carrier and seem to be changing monthly as the feature gets adopted by more people. Hopefully, in the future, the process will become much more uniform.