You are here: Home / How-to / How To Use Google One VPN on iOS

If it weren’t obvious enough, Google has its hands in a lot of different facets when it comes to our mobile lifestyles. Along with all of the different apps and services, there is one feature that can come in extremely handy and that’s with Google One.

Google One and Drive are a bit synonymous, albeit different in their own rights. Drive is a storage service on its own, whereas Google One is a subscription plan that allows you to access more storage space across all of the different Google services. In recent years, Google has been providing a few different perks for those who sign up for the different subscription tiers of Google One.

What Is Google One 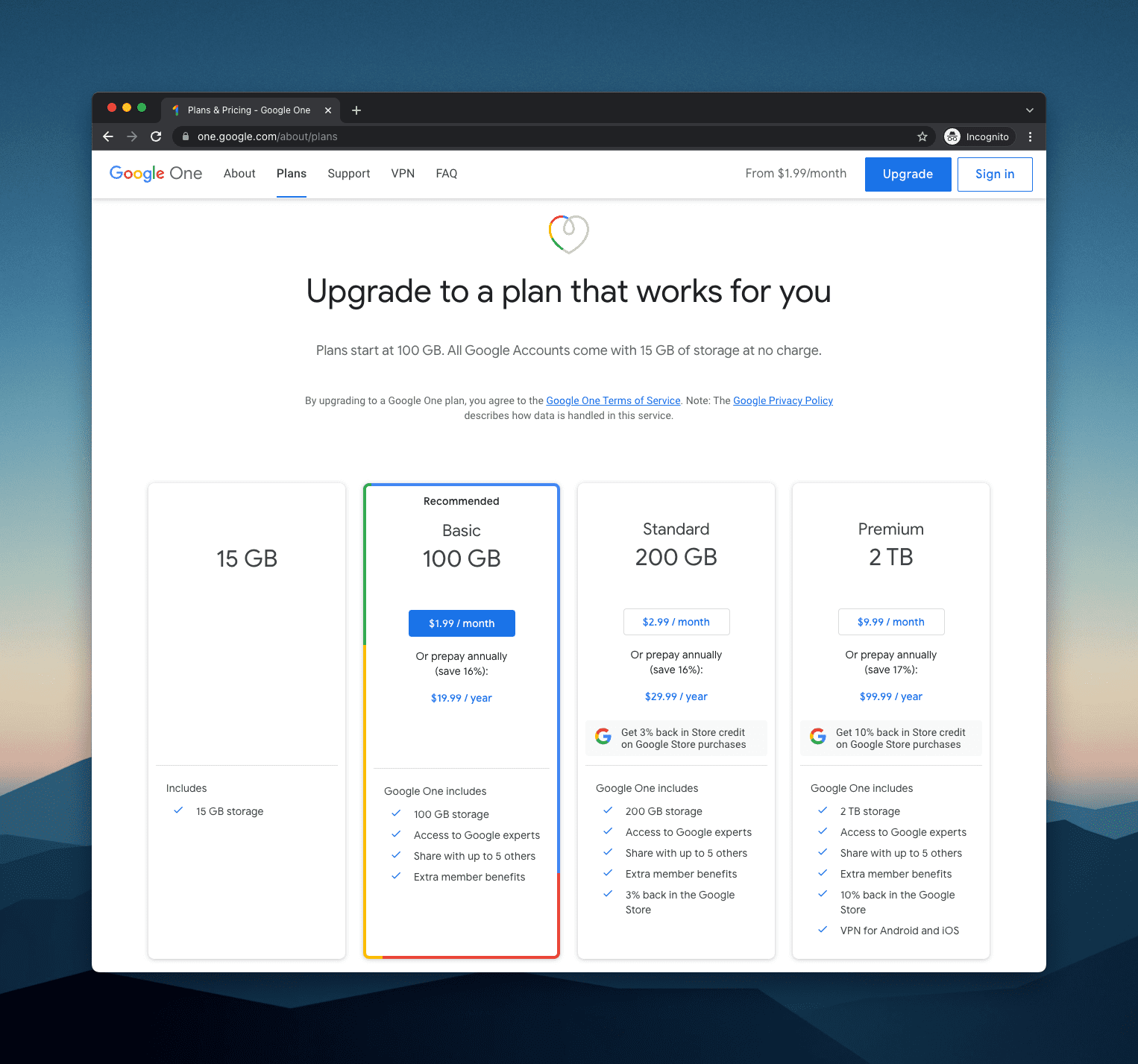 With Google One, there are a total of seven different storage options, ranging from 100GB for $1.99 per month, and going all the way up to 30TB for $149.99 per month. And while each of those tiers has something different to offer, you really get the most bang for your buck out of the 2TB tier priced at $9.99 per month.

In addition to the storage bump, you can share this with up to five members at the same time, while also getting 10% back on purchases made in the Google Store. But those who are worried about their online security might also want to check out Google One VPN.

For the past couple of years, this was only available to those on Android. However, in early 2022, Google added the VPN functionality to iOS users who also subscribed to the 2TB Google One tier (and above.

How To Use Google One VPN on iOS

If you’re considering checking this out, Google has made it pretty easy to use the Google One VPN on your iPhone. The only pre-requisites are that you need to be using an iPhone running at least iOS 14 or higher and are subscribed to at least the 2TB Google One tier.

Provided that you have all of those requirements covered, here’s how to use Google One VPN on iOS: 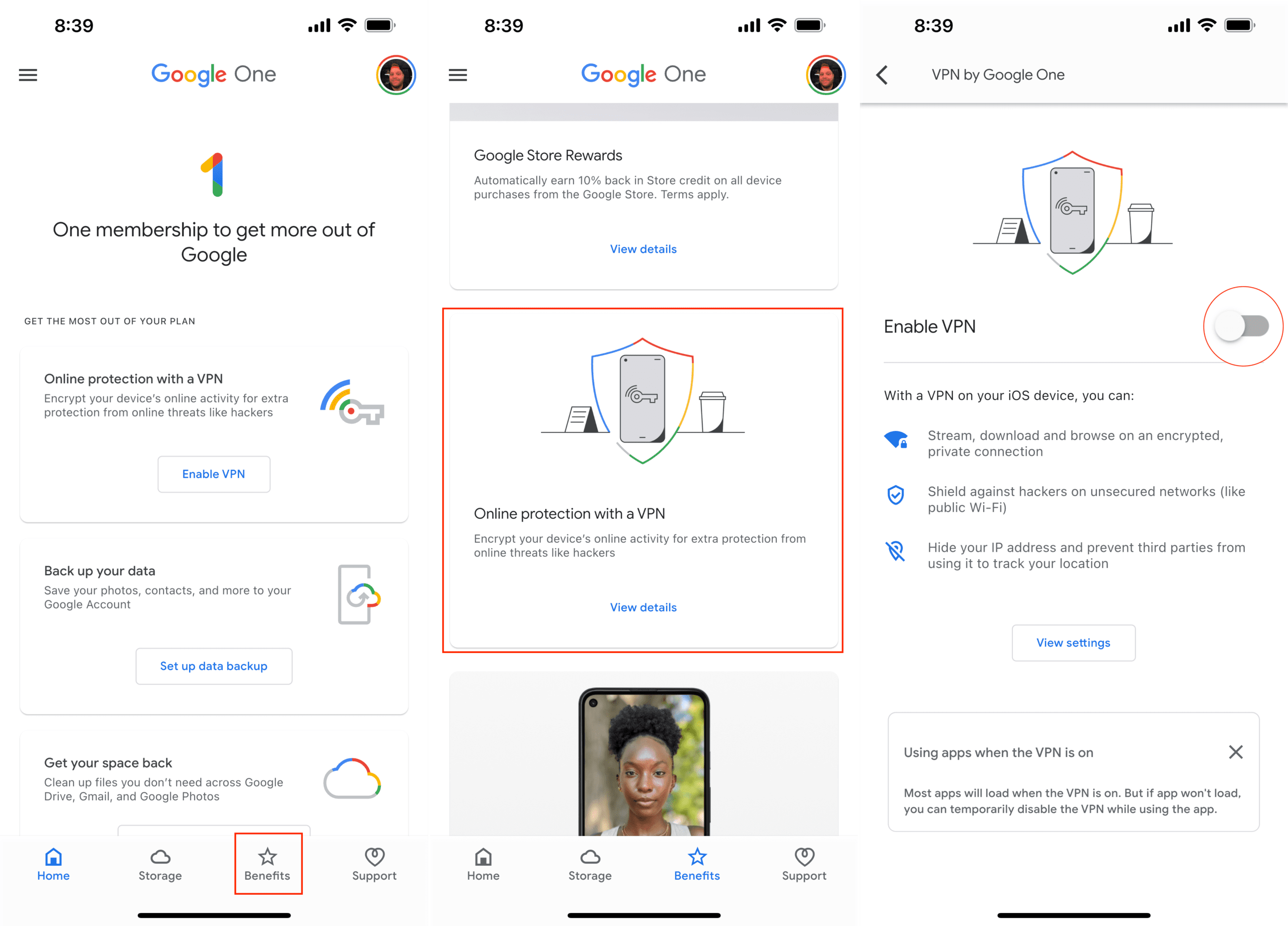 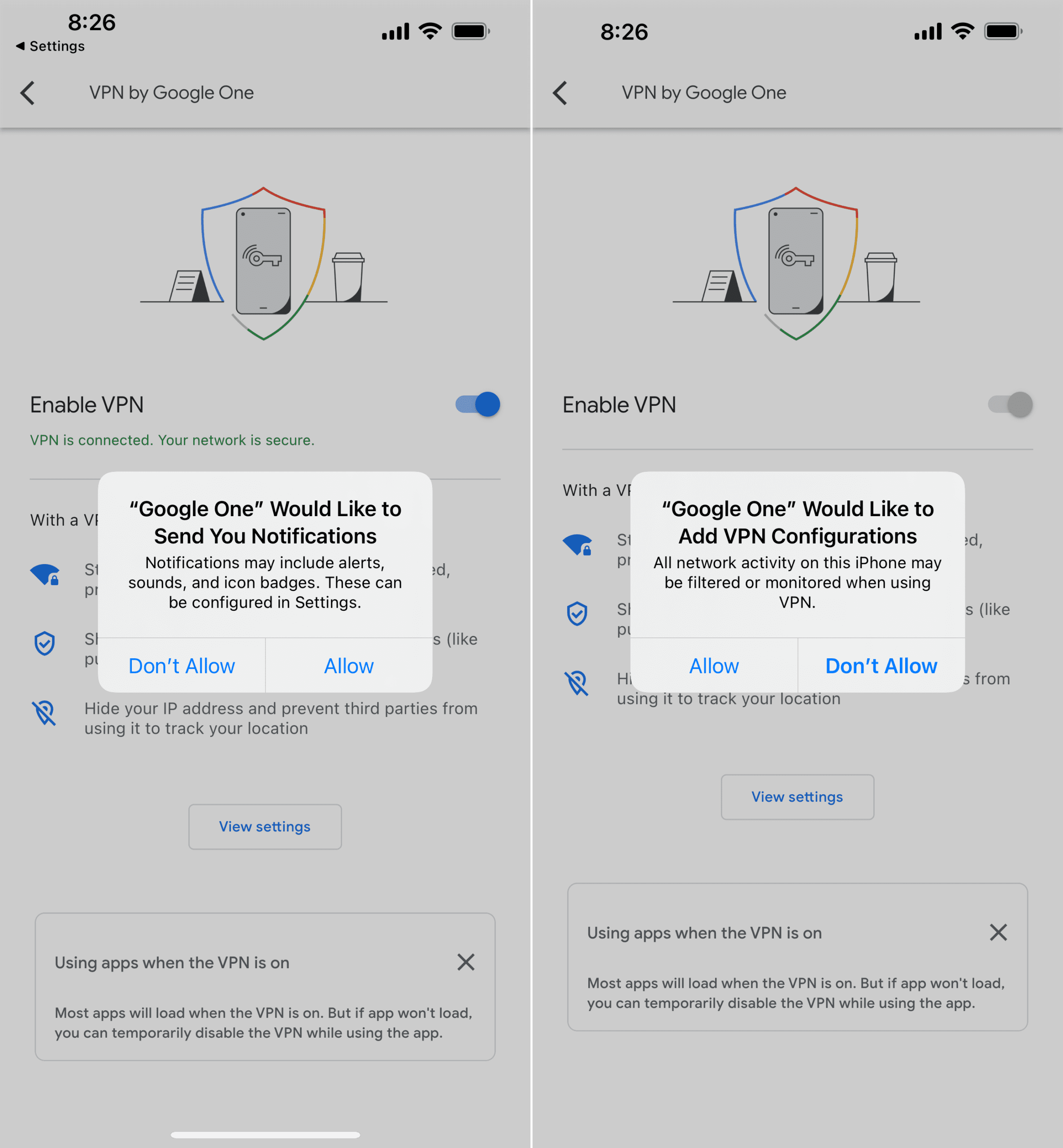 After you tap Allow, you’ll be taken back into the Google One app. There aren’t any other settings that need to be configured, as the Google One app handles everything after you enter your iPhone’s passcode. Now, you can browse more safely and securely while enjoying the extra perks offered by your Google One subscription.

How To Turn Off Google One VPN on iOS

In the event that you want to turn off the VPN from Google One on your iPhone, the steps are just as you’d expect. Here’s how you can turn off Google One VPN on iOS: