So you open game center or a game like you do almost everyday.  And for now apparent reason, it won’t load  games. And when you open the game center app, it shows that it’s loading but nothing happens and it never loads.  Unfortunately, you’ve just encountered the bug game center not working – blank page!

Does this sound like you?  If so, you aren’t alone!  Several of our readers are experiencing problems that a Game Center bug results in a white-blank screen or other random problems after updating their iOS to the latest version.  This bug particular affects iFolks still using various iterations of iOS 9.

Before you try anything that potentially compromises your stored game data, try a restart or forced restart.

How to force restart

Game Center in iOS 10 and above

Starting with iOS 10, Game Center is no longer a standalone app.  Instead, Game Center remains part of the Settings app in iOS 10.  It’s also part of Restrictions and even part of watchOS 3. Apple wants us to think of Game Center as a service rather than an app.

To learn more about the updates of Game Center starting in iOS 10, check out our article on Game Center in iCloud and iMessage!

How to Fix Game Center Problems in iOS 9

If the simple tips above do not help you, try updating to the latest version of iOS. But first make sure you back up your iDevice using iCloud or iTunes.

Before you update your iOS, restart your iDevice.  And then head over to Settings>General>Software Update. You’ll see what updates are available for your specific device here.  Make sure your iDevice is plugged into a power source and connected to the internet via WiFi.  Now, either update wirelessly or connect to a computer and update with iTunes.

If you see an error message while trying to update your device wirelessly and you need more space for a wireless update, either update using iTunes or delete content manually from your device. 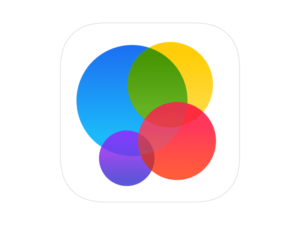 Try signing out of and then back into the iTunes and App stores. Tap Settings > iTunes & App Stores, then tap the Apple ID signed in. Sign out of the current Apple ID account and then sign back in.  Check if things are working again.

If this problem continues, some readers suggest trying a different Apple ID.

If that still hasn’t fixed your Game Center problems, try these steps:

1. Restart iDevice
2. After restart, Turn WiFi OFF
3. Turn Bluetooth ON
4. Keep device in portrait mode and DO NOT touch the left or right edges of the screen
5. Open the stocks app and then quickly push the Home button
6. Hold down on the calendar icon until it wiggles, leave it wiggling for 10 – 15 seconds
7. Press the Home button again
8. Restart your iDevice a final time

If nothing has come to your aide thus far, it’s time to contemplate the dreaded restore option. Hopefully you have a backup available.  If not, back up NOW.

With these steps, you are first backing up your iDevice AND THEN erasing all contents and settings. BUT instead of restoring your backup right after, you should instead set-up your iDevice as NEW. Once set-up as new, sign into Game Center.

After signing into Game Center, verify that it is indeed working by testing it out on a few games. Once you’re sure everything is back to order, restore your previous backup.

This approach sets up a fresh connection to your Game Center.  And when you restore your backup, Game Center remembers its previous connections via your Apple ID.