We’re coming to the two-year mark since Apple rebranded and re-introduced MagSafe into the lives of iPhone owners everywhere. Since launching with the iPhone 12 lineup, MagSafe was implemented on the iPhone 13 series, while making a triumphant return with the 14″ and 16″ MacBook Pro models in late 2021.

With MagSafe, this makes it so you never have to worry about misaligning your iPhone with a wireless charger. Obviously, this could leave you waking up to a dead iPhone battery, and cursing at whatever wireless charger you were using. And while there are quite a few great options on the market for MagSafe chargers, few can match up to the level of quality provided by Nomad Goods.

Enter the Nomad Base One Max. This is one of the company’s most recent entries into the Apple ecosystem of accessories, and might just be its most impressive. 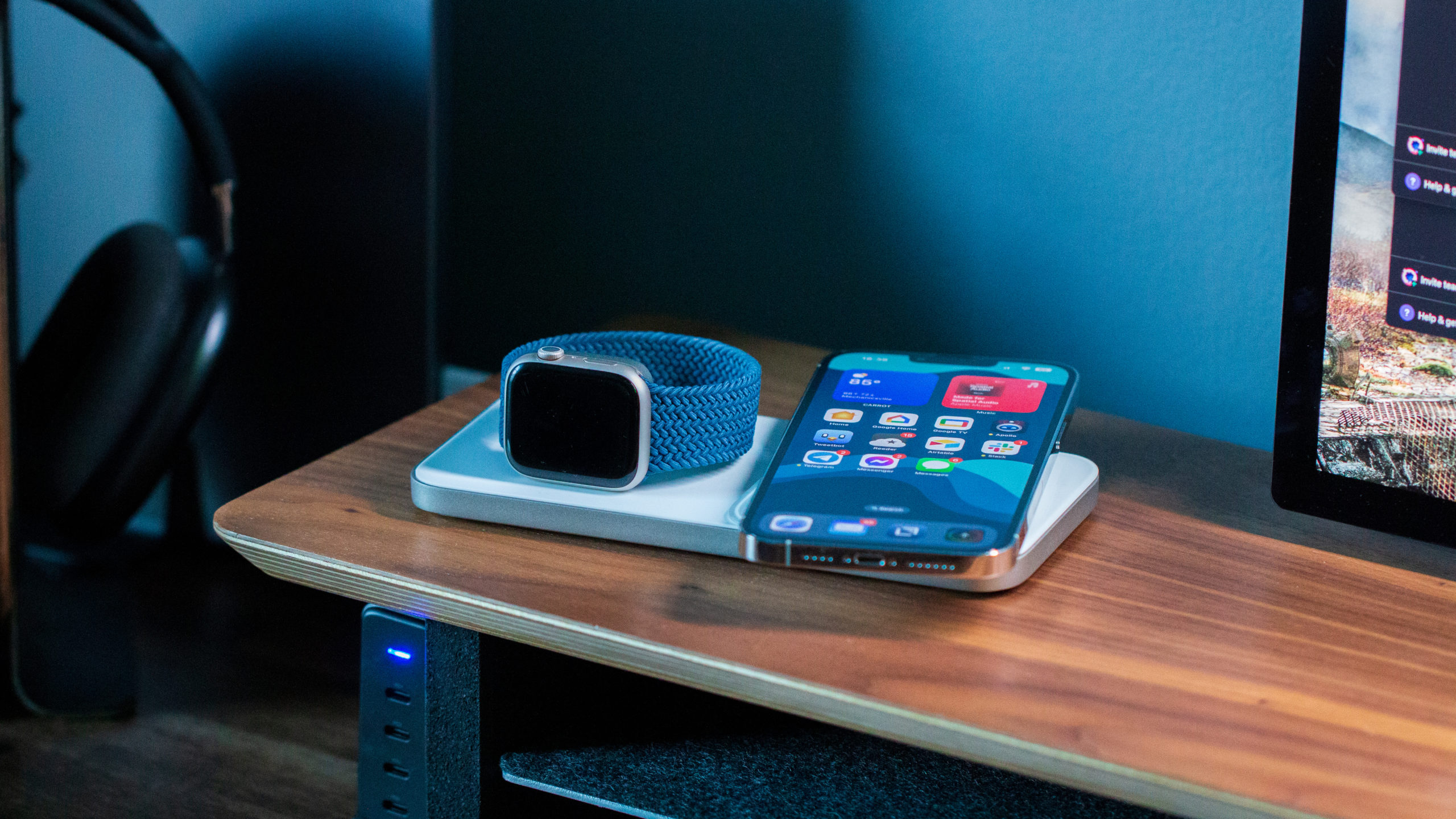 Even before you take the Base One Max out of the box, it’s immediately apparent you aren’t getting a MagSafe charger with much plastic. This is because Nomad’s charger weighs a whopping two pounds, which is done intentionally. Because MagSafe relies on magnets, using other chargers can result in you moving the charger out of its resting place just to pick up your iPhone.

Nomad wanted to provide a product that combats that issue, and it definitely doesn’t disappoint. It’s not like this is meant to compete with Apple’s own MagSafe Duo charger, which is great for traveling, but not so much if you want a combination two-in-one charger for your Apple Watch and iPhone. And the anti-slip rubber base pulls double-duty in ensuring that your charger stays in place unless you intentionally want to move it.

Nomad has also gone through the necessary steps to ensure that the Base One Max complies with Apple’s MFi protocols. The end result is that you can enjoy up to 15W wireless charging speeds, while also charging your Apple Watch at 5W. 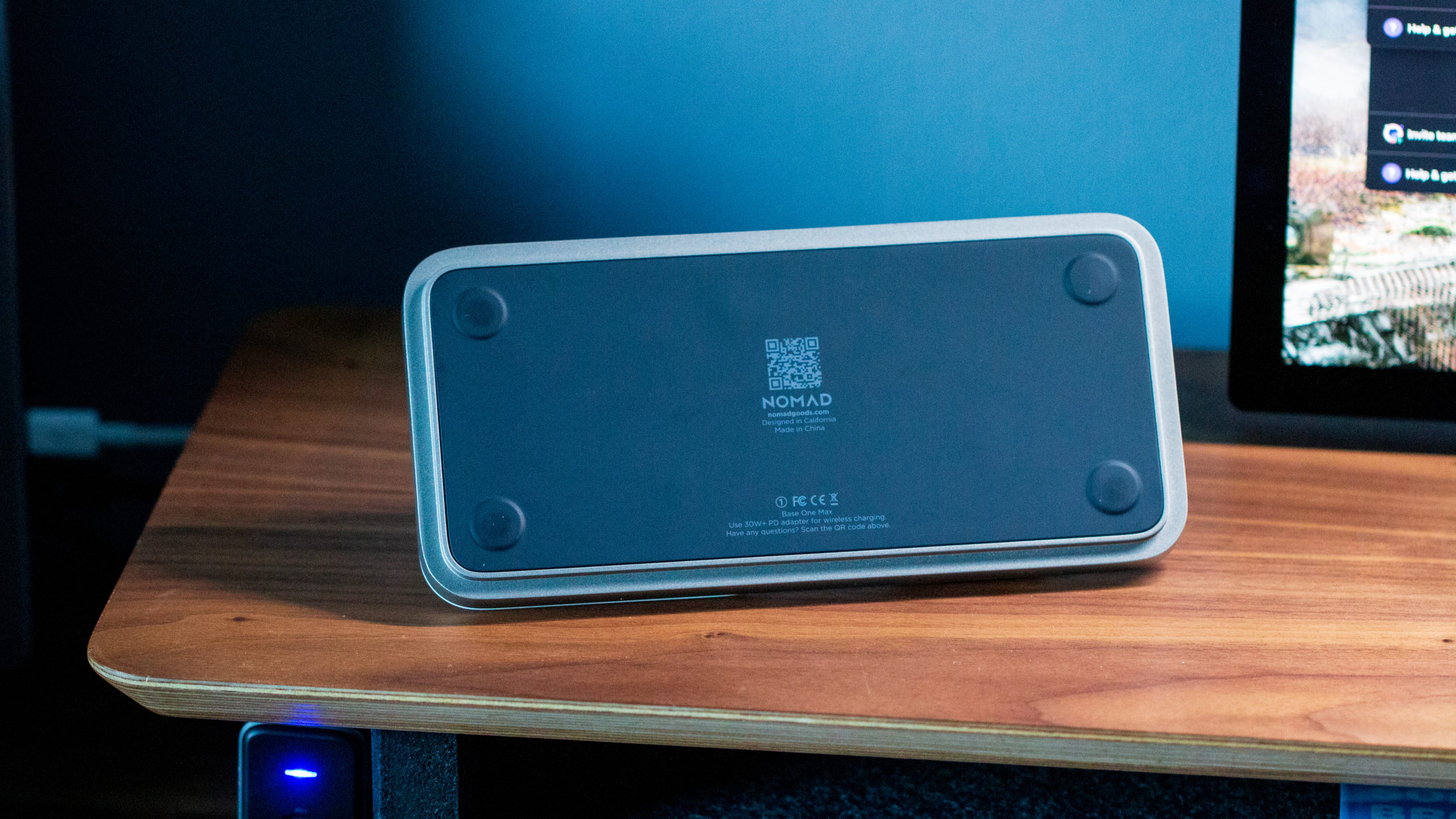 Along with the weight, the Base One Max also aims to make it easier to deal with the varying differences in the camera bumps found on different iPhone models. The built-in MagSafe “puck” is raised from the base, removing any potential concerns, even if you are rocking an iPhone 13 Pro Max with its enormous rear camera array.

Something else that helps the Base One Max stand out is the compatibility with other Qi-wireless charging devices. Say, for instance, you are using something like the Galaxy Z Fold 4 or another smartphone and you want to use in tandem with the Base One Max. Well, you’re in luck, as we’ve found that it works perfectly fine regardless of whether you’re using an iPhone or Android phone. You can even wirelessly charge things like your AirPods, or other Bluetooth headphones without being concerned. 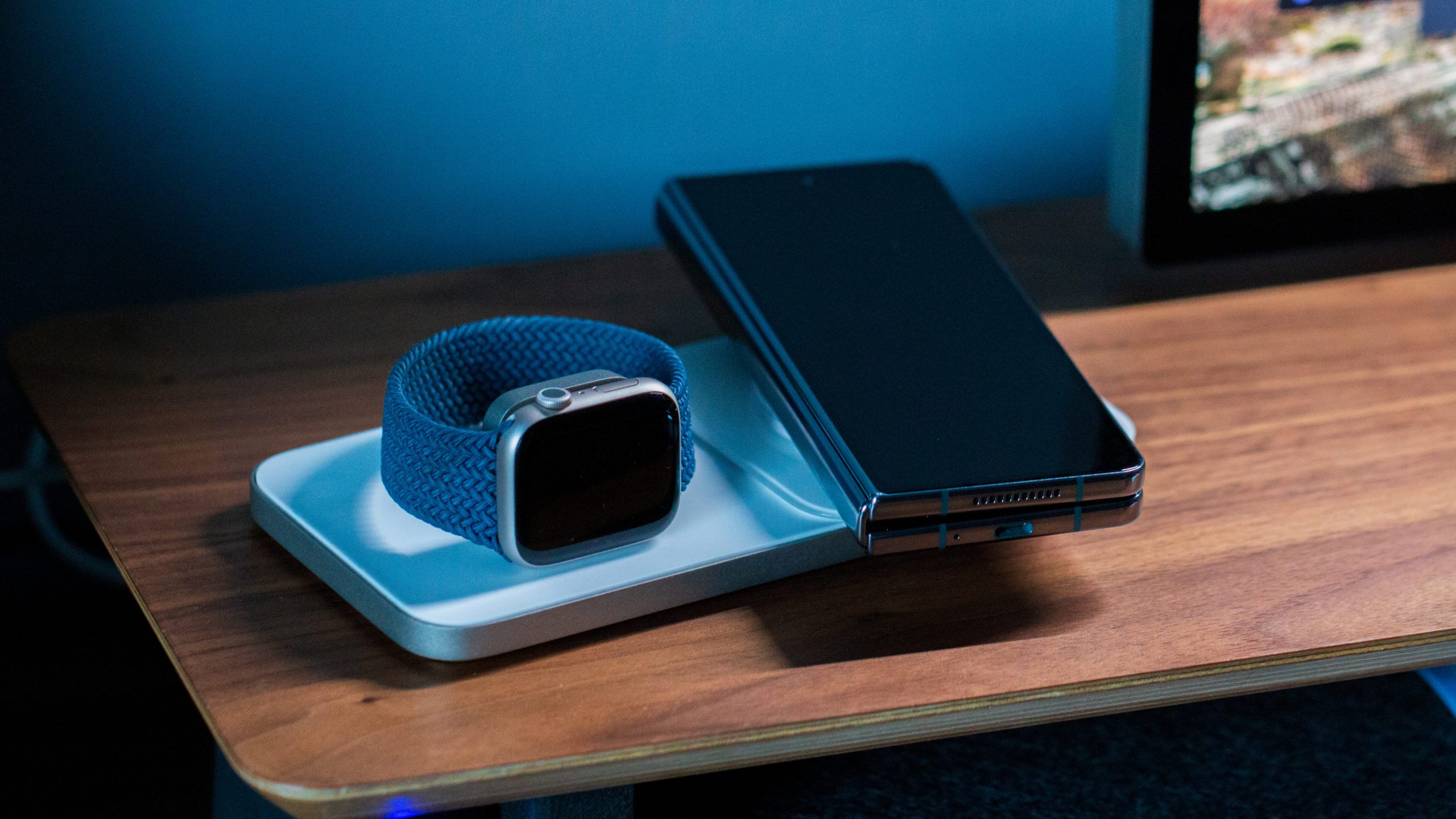 On the one hand, we’re happy to see that Nomad includes a USB-C to USB-C cable in the box. Unfortunately, you will need to provide your own AC adapter in order to start charging your iPhone and Apple Watch. According to Nomad, if you want to reach peak charging speeds, you’ll need an adapter that delivers at least 30W of power.

This might not be a problem for those of us who own a bunch of devices and multiple chargers. And while it’s really easy to grab a compatible 30W adapter from pretty much any retailer, it’s still disappointing that one’s not included. Of course, this would likely raise the price a bit more, which could be one reason why Nomad opted to forgo the included wall charging adapter.

Should You Buy It? 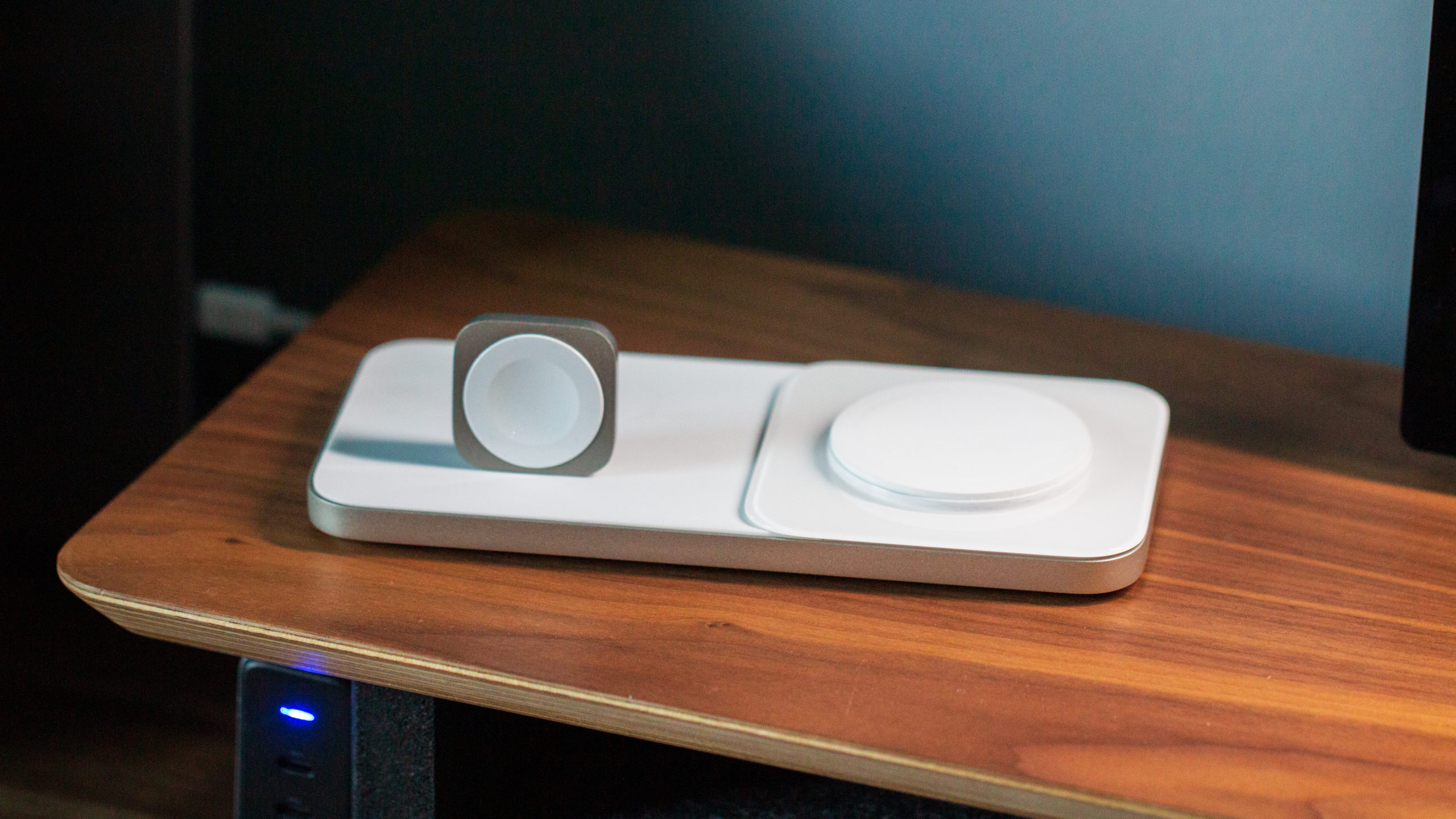 There’s not much competition when it comes to truly-premium MagSafe chargers that don’t come directly from Apple. For the most part, your three choices are Belkin, Nomad, or Native Union. Belkin has been partnered with Apple pretty much since the first iPhone was released, while Nomad continues to grow in popularity while impressive in the process.

From a price perspective, the closest competition to the Nomad Base One Max has to be the Belkin 3-in-1 BoostCharge Pro Charging Stand. This was originally introduced following the launch of the iPhone 12 but was updated earlier in 2022 with support for the faster-charging speeds that the Apple Watch Series 7 can reach. It also has the added benefit of being the same price, while still sporting a wireless charging pad in its base so you can charge three devices at once.

That being said, we would still go for the Nomad Base One Max over Belkin’s offering. The likelihood of actually needing to charge three devices at once is pretty slim. Whereas, you end up with a premium charger for your iPhone and Apple Watch, and can throw your AirPods on the MagSafe puck when your iPhone’s done juicing up.

If you’re you’re interested in picking up the Base One Max for yourself, it’s available now for $150.