You are here: Home / iPhone / Siri having trouble connecting? Here’s a few fixes to try 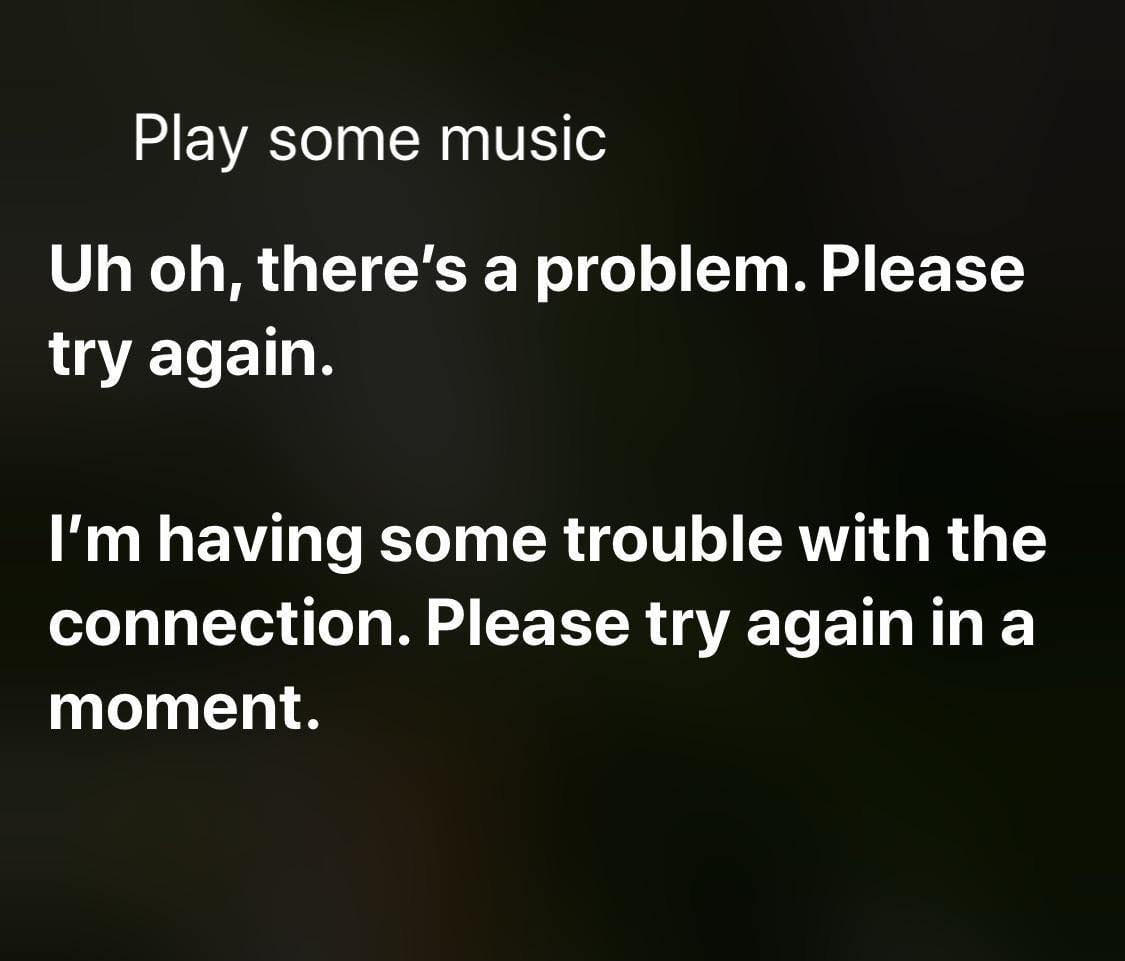 You can “Hey Siri” pretty much anything on your iPhone, iPad or iPod touch these days. That makes for a quick and easy way to access important Apple services and iOS features. That is, of course, if Siri is cooperating with your requests.

Over the past few weeks, we’ve seen reports that the digital assistant may be running into problems parsing or carrying out certain voice commands. While the issue may be the result of a software bug, there are a few things you can try to fix the issue yourself until Apple debuts a fix. Here are some quick fix tips.

In most cases, if Siri is complaining about having trouble connecting, it’s likely because of a connectivity issue.

To be clear, some users with a stable internet connection have run into the Siri problem, so there’s likely a bug affecting the digital assistant. But just to ensure that your connection isn’t the culprit, we recommend running through these steps.

One quick way to “clear out” your network connections is to simply bring up the Control Center and turn Airplane Mode on. This will disable all of the antennas on your device. Turn Airplane Mode off and try again.

You may also want to make sure that the Wi-Fi network you’re using doesn’t have any problems. See if other devices are running into trouble. Reset your router or contact your ISP if necessary.

If Siri is running into problems on-the-go, you may want to check your cellular connection. You can reset that connection by heading to Settings —> Cellular and switching Cellular Data off and on again.

First off, try restarting your iPhone. That’s a fairly easy and quick fix that can resolve a variety of minor bugs.

Beyond that, you’ll want to go ahead and cycle Siri on and off, as well as reset your network connections.

From what we’ve seen, this may resolve your issue. Here’s how.

Note that the above steps will erase your Hey Siri preferences, so you’ll have to go ahead and set them up again.

From here, we’d recommend trying to set Siri back up and seeing if that resolved the issue. If not, continue with the steps below.

Like turning off Siri, this button will delete all of your current connectivity preferences — including Wi-Fi networks and Bluetooth connections. Just something to keep in mind.

Other tips for dealing with Siri connectivity issues

There are a few other things that you may want to keep in mind when it comes to connectivity problems with Siri.

Please let us know if you have any questions. We hope that you were able to fix this issue once and for all.